See These Powerful Artist's Impressions Of Landmarks Under Trump's Presidency 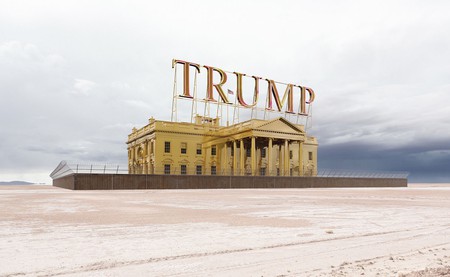 It’s no surprise that many creatives are jumping on the bandwagon to interpret the future landscape of the US under Donald Trump’s presidency, from the infamous Mexico border wall to the White House. Catalan visual artist and photographer Victor Enrich is one of the latest to create a series of satirical interpretations of how Washington D.C. might look after his term in office.

Victor Enrich‘s trilogy of works depict the White House in various forms; ‘Phallus 2020’ is an imposing skyscraper illustrating the original Washington landmark stacked on top of itself 13 times. The design mimics Trump’s residential architecture schemes and luxury hotels, and is crowned with a gaudy golden ‘Trump’ logo. 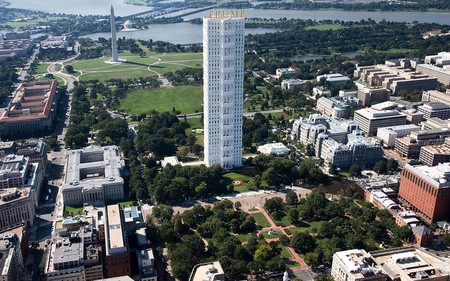 “The skyscraper is a symbol of breaking the norms or the laws, since skyscrapers are not allowed in Washington D.C., as no building can be taller than the United States Capitol,’ explains Enrich. “For Trump, breaking the law is just a budget allocation. If he gets caught, he will pay the fine. If not, he will reinvest it in his business. I have big doubts that an ultra-individualistic law breaker profile such as Donald Trump’s could rule an institution, the government, which basically emits laws focused on the public interests. It’s a total contradiction for me.”

The second in the trilogy designed by Enrich in the wake of the election is a fictional ‘Fort Knox’ – a gold-clad building designed to represent Trumps ‘isolationism’. The metallic exterior is a nod to Trump’s own use of gold in his luxury New York apartment, while yet another giant ‘Trump’ sign sees his name in lights. 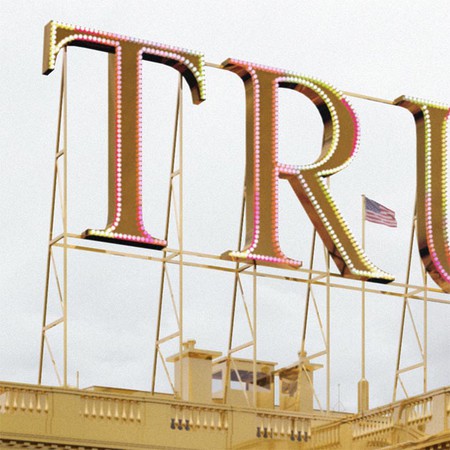 “After Trump’s election, it seems that the white suprematism that has always resided in the US was stronger than we could have expected,’ says Enrich. “And the best way to enhance suprematism is by isolating yourself, evoking the image of a rich ghetto. Trump wants an isolated America, detached from everything that is not seen as American.” 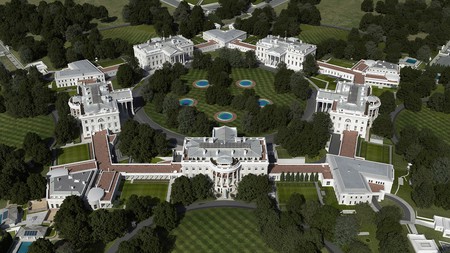 Lastly, Enrich’s ‘091120160300’ depicts an alternative Pentagon, a visual interpretation that was actually conceived before the election. It’s a discussion on the relationship between the White House and the arms industry, of which Enrich says: “Since the 1940s and for over several decades, western society understood that the different military operations in which the United States got involved, especially those that ended up as wars, were strictly necessary.

“In fact, there’s no single President of the United States since the Pentagon was built that hasn’t justified the need of taking military actions overseas, hasn’t increased the defense budget or hasn’t boasted about the American military power.” 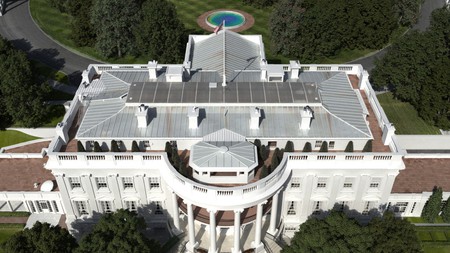