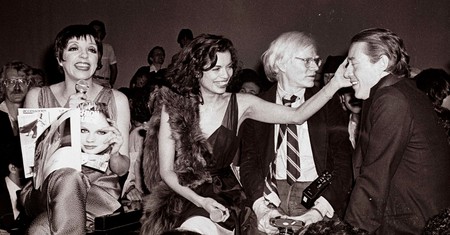 For 33 months at the end of the 1970s, Studio 54 in midtown Manhattan reigned supreme as the most famous nightclub in the world. Matt Tyrnauer’s documentary exposes it as a poisoned chalice.

From its opening night on April 26, 1977 to the farewell party for owners Steve Rubell and Ian Schrager on February 4, 1980, Studio 54 was the site of a non-stop Bacchanalia that admitted up to 2,000 revelers but catered especially to the stars and other beautiful people. 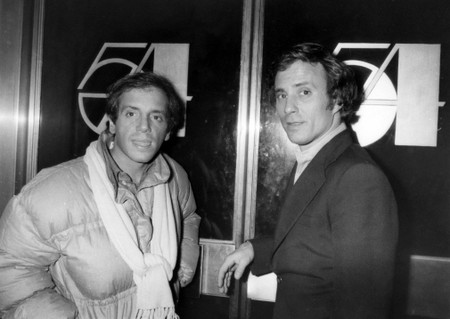 Archival footage of the packed dance floor fleetingly gives a sense of what it was like to party at Studio 54. Yet the movie cries out for animation to give a sense of the kitsch rococo-ness of the birthday parties, sometimes bordering on the Fellini-esque, thrown on behalf of Bianca, Valentino, Elizabeth Taylor, and others. Animals often had walk-on parts in these extravaganzas.

As he did with his slightly scurrilous doc Scotty Bowers and the Secret History of Hollywood, Tyrnauer tells the story efficiently and unflinchingly. The spine of Studio 54 is an interview with Schrager, who had previously found the circumstances of Studio’s demise too painful and shameful to talk about. 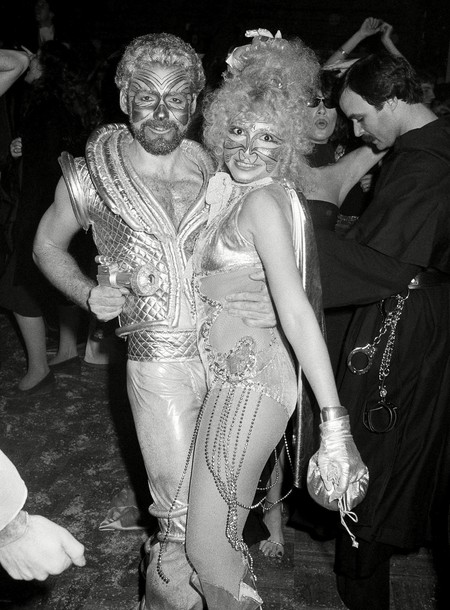 The son of a racketeer in Meyer Lansky’s crime syndicate, Schrager met Rubell – both were middle-class Jewish Brooklynites – at Syracuse University in 1964. Schrager was straight and introverted; Rubell was gay (though closeted) and gregarious. Rubell subsequently ran a string of steak and salad restaurants and became a client of Schrager, who was working as a business lawyer.

Together, they scoped out the sites for possible clubs. Eventually they took over the Enchanted Garden, housed in an old country club in Douglaston, Queens, and began running a series of attention-grabbing party nights organized by Carmen d’Alessio. In early 1977, they moved to open a club at a boarded-up former CBS TV studio at 254 West 54th Street (between Broadway and 8th) in midtown Manhattan. 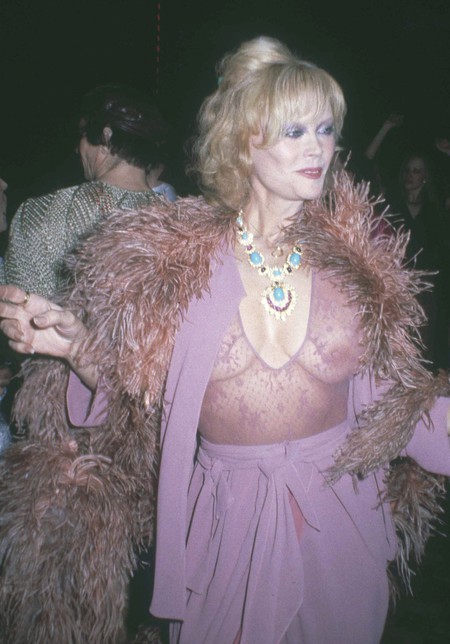 The problem-solving Schrager was the visionary behind Studio 54’s design and senses-assaulting ambiance, from the state-of-the-art theatrical lighting to the pulsating sound; he supervised the space’s complete reconstruction in six weeks. Rubell was the club’s public face, the man who courted the celebrities and personally manned the door. It was Rubell who decided who among the public had the right to enter Studio 54 on any given night. Though there was no discrimination in terms of race, ethnicity, age, or sexual orientation – the more diverse the better – there was inevitably a classist factor in Rubell’s cherrypicking. Unshaven hopefuls who came via “bridge and tunnel” to Studio 54 were wasting their time.

The opening night and Bianca Jagger’s May 1977 birthday party generated huge press for Studio 54 and made it a sensation at the disco era’s zenith. But greed got the better of the proprietors. In 1979, a disgruntled employee or former employee ratted out Schrager and Rubell to the police for stashing thousands of dollars on the club’s premises (apparently above the ceiling in the basement) and for possession of cocaine. An IRS raid revealed that Schrager and Rubell had skimmed off $2.5 million, 80 percent of the profits. 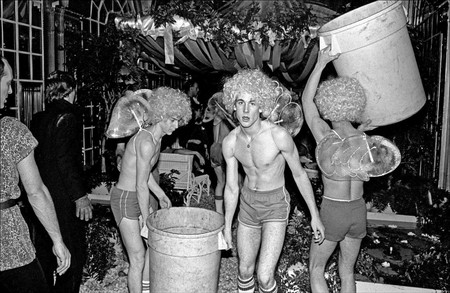 Schrager admits that he benefited from the skim but nervously denies any knowledge of its “inner workings.” He and Rubell were sentenced to three and a half years in prison for tax evasion. Their legal representative was the ferocious Roy Cohn, who secured a deal enabling Schrager and Rubell to provide information leading to the convictions of four other New York club owners. The pair were released to a halfway house. Schrager admits his shame over this episode.

Veteran entrepreneur Mark Fleischmann bought Studio 54 from Schrager and Rubell in 1981, while they were inside. Fleischmann ran it through April 1986. It had three different incarnations in the next decade, closing for good in March 1995. 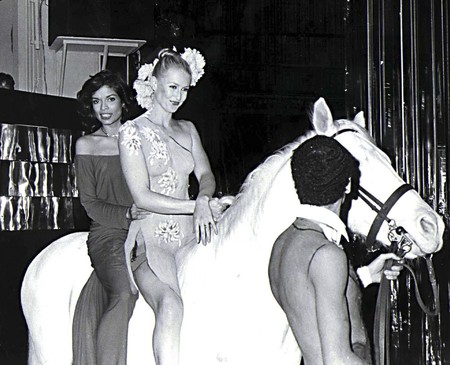 Bianca Jagger and Lady Godiva (a Halston model) at Bianca’s birthday party at Studio 54 in May 1977. | © ZUMA/REX/Shutterstock

Despite difficulties in resuming as club owners, Schrager and Rubell opened the Palladium on East 14th Street in 1985. They meanwhile spearheaded the boutique hotel business, opening Morgans on Madison Avenue in 1984 and the Royalton on West 44th Street in 1988. Rubell died of AIDS-related causes at age 45 in 1989. (The film poignantly includes a montage of photos of other Studio 54 workers who succumbed to the disease.) In January 2017, President Obama granted a pardon to Schrager, who has gone from success to success as a hotel builder.

Studio 54 – goes the legend – occupied the cultural space between “the pill and AIDS,” which is to foist too much sociological significance onto it. Interviewees in the film mention that sex acts occurred in the mezzanine and the basement, but that is not in itself revelatory (or exclusive, of course, to Studio 54). Unfortunately, the club’s Anything Goes reputation on the eve of the AIDS crisis conferred on it the symbolic status of a modern Sodom and Gomorrah. 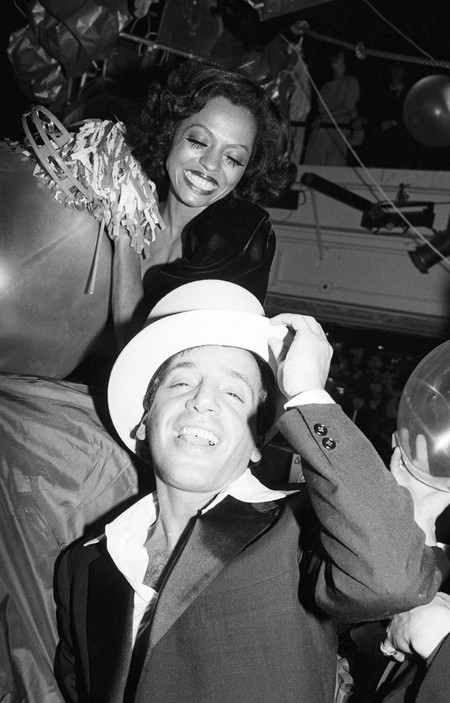 It’s part of Tyrnauer’s remit to counter this homophobic view by making the case that Studio 54 was a bastion of gay/straight sexual freedom and was thus enlightened; he does this more skilfully than he makes a hero of Scotty Bowers, whose promiscuity and procuring could perhaps be partly attributable to childhood abuse.

Studio 54 is a well-heeled Broadway theater now; ticket owners there can try to summon a ghostly pageant of its glory days as a club. Viewers of the film may find themselves speculating if they would have been summoned inside the velvet rope by Rubell or left to fume on the sidewalk, as those of us without style, fame, cachet, or beauty would have been. (Even Frank Sinatra and Jack Nicholson were allegedly turned away at different times.) Studio 54 may have been an exemplar of sexual egalitarianism, but there’s little doubt its “us and them” elitism ruined many a New Yorker’s (or New Jerseyite’s) night.