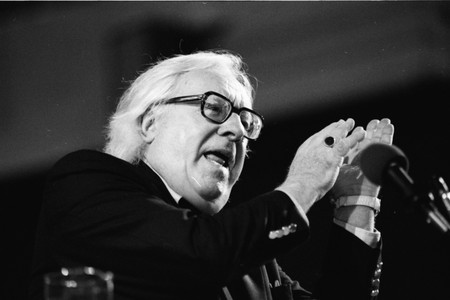 Renowned for his groundbreaking, dystopian novel Fahrenheit 451 (1953), Ray Bradbury is known as one of the most celebrated writers of the last century. Vincent Wood explores the works that led to the writer’s status as acclaimed science fiction writer. 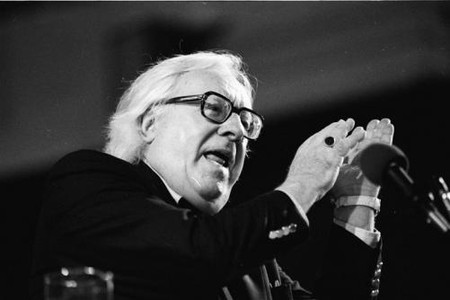 As one of the most celebrated science fiction and fantasy writers of the twentieth century, Ray Bradbury has been credited with ‘bringing modern science fiction into the literary mainstream’ by The New York Times. Born August 22, 1920 in Waukegan, Illinois to Esther and Leonard Bradbury, it was from an early age that Ray knew he would be ‘going into one of the arts.’

Although also inspired by American greats such as Edgar Allen Poe and Edgar Rice Burroughs, it was European writers like Jules Verne and HG Wells that Bradbury would cite as his greatest influences. In 1949 Bradbury took a collection of short stories to a dozen New York publishers, all of whom were uninterested in a short story collection; they only wanted novels. Bradbury recounted this to an editor at Doubleday who then queried if these short stories could be linked together. Taken aback by the idea, he started making notes on how this would work, and then typed up a brief outline of the novel. He returned to the editor the next morning with the outline and received a check for seven hundred and fifty dollars for what was to become his first novel, The Martian Chronicles (1950).

Bradbury went on to write twenty six other novels, as well as over six hundred short stories, often about his childhood and the places of his youth. It was with the science fiction genre however that he made a name for himself. Despite this, Bradbury resisted the categorization of sci-fi writer stating: 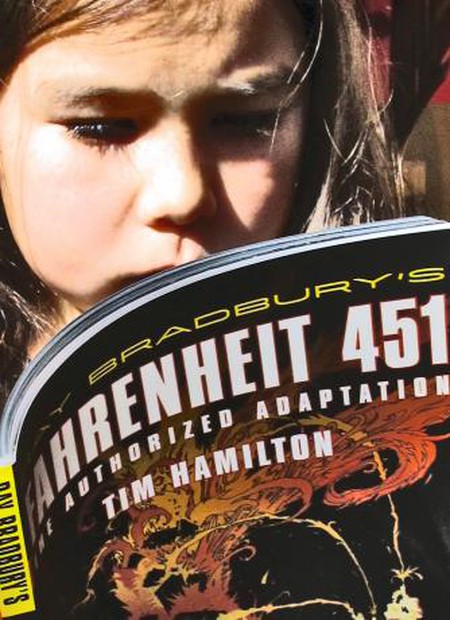 The author himself claimed to have only ever written one science fiction novel, disputing the technical differences between the genres of science fiction and fantasy. Perhaps it was the success and enduring appeal of that novel which saw him branded with the undesired title.

Fahrenheit 451 is a dystopian novel set in an American society where reading is banned and books, considered contraband items, are set alight and burned by the fire service. The title of the novel refers to the auto ignition point of book paper. Having received a positive reception on release, it slowly grew into a classic of its genre. The novel was significant as social commentary on the ever increasing importance placed on technology, as well on the effects of television and other mass media on literature. In fact, so passionate about this cause was Bradbury that for a long period he refused to have his work published in an electronic format. In 2010 he told the Los Angeles Times ‘I was approached three times during the last year by internet companies wanting to put my books on an electronic reading device, I said to Yahoo: ‘Prick up your ears and go to hell.’ Bradbury even went so far as to claim electronic books ‘smell like burned fuel’ in a direct reference to Fahrenheit 451. It wasn’t until 2011 that Bradbury relented and agreed to an e-book when the renewal of his almost expired contract became dependent upon his consent. A great supporter of public libraries, Bradbury conceded only on the condition that the e-book be available for digital download by any library patron.

In 1999 Bradbury suffered a stroke that left him wheelchair bound. Despite this he still continued to work, write and regularly appear at science fiction conventions until, in 2009, he retired from the circuit. Bradbury died in Los Angeles, California, on June 5, 2012, at the age of 91, after a lengthy illness. At his funeral he received praise from authors such as Stephen King and Neil Gaiman as well as film maker Stephen Spielberg and President of the United States, Barack Obama. It is a great testament to his intelligence and craft that he has affected so many people, and that he lives on as one of the most important figures of twentieth century fiction.