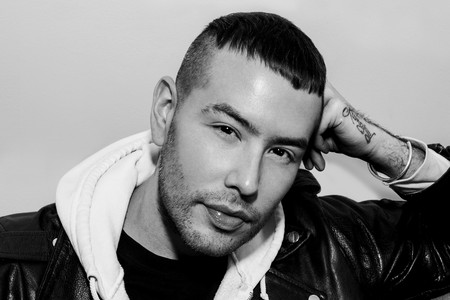 To call Tommy Pico’s latest book, Junk, a break-up poem would be short-sighted.

The poem is told in couplets, 4.5 inches long, a new structure for Pico’s frenetic voice. The narrator spirals out from a break-up and into discussions of what defines the self. The book continues a conversation with his previous two books, IRL and Nature Poem. These conversations integrate his (and our) relationship to culture, sex, identity, and more. Junk is a work that forces the reader to examine the self through laughter and deep contemplation.

Raised on the Viejas Indian reservation of the Kumeyaay nation, Pico moved to New York City 15 years ago and lives in Brooklyn. He has written three book-length poems in three years and co-hosts the podcast Food4Thot, and had just finished a tour to promote Junk when he sat down to talk with Culture Trip. Pico is busy.

Culture Trip: How are you doing? You’ve been traveling a lot lately touring with your new book. How has that experience been?

Tommy Pico: I like touring. I like performing. I don’t even consider it reading necessarily. I don’t really read the way other people read. I really put my whole fucking ass into performing and I think I do a good job.

[Reading] for an audience of people sitting in front of you, you get the immediate reaction, whereas writing in a room and sending it off to my publisher… it’s a very delayed gratification, writing. I have a strong relationship to my creativity, but I don’t really have a relationship to people’s reactions of it. So when people come up to me afterwards, and tell me stories of when they read the book or when they were listening to [my podcast], Food4Thot, it really blew me away. I honestly had no idea that people really read my book or listened to my podcast or anything like that. And not in a self-deprecating way, just in that I just had no idea. I would go to places like Portland, Maine, where I didn’t know anybody and still a lot of people come out. So it was really eye-opening.

CT: You talk on your podcast about being a private person, yet between the show and your writing, you seem to expose a lot of yourself to the public.

TP: Listen, when I’m doing my thing in the booth with my friends, to me, it’s just sitting around a table with my friends. I didn’t know that 35,000 people would listen to that show every week. It was, in the best way, mortifying having people tell me things that I said. I don’t listen to the show. I don’t care, I’m not precious. But then to hear it back from other people: Oh fuck, I thought I just said it to my friends. Everything is way more public than I thought.

Writing things that seem extremely personal or that reveal details that may otherwise be super private, again, it was because I was just sitting at a desk by myself and I just wrote what came to me. It’s gonna sound stupid or corny or naive, but I never really expect people to interact with any of the stuff I do. I just pretty much write it for myself or people really close to me.

CT: How does all of this travel impact your work?

TP: I’m working on writing another book right now and a lot of it has to do with loneliness. I’m traveling a lot and meeting a lot of people which is the weirdest experience to be constantly surrounded by people and to also feel so lonely. It’s really fueling the work that I’m writing is what I’m trying to say. [I’ve being] going to colleges, shows, bookstores, and people’s reading series. And going to DC, Baltimore, Philly, Portland, Seattle, and Victoria and also, being like wow, I haven’t spent time with someone I really love in a long time.

The thing about traveling is that you are your whole ass self in different contexts. It’s not that you get to see a different side of yourself, but sort of a different dimension. I like to think that work comes to me differently, but it is still the same poem.

CT: You’ve lived in New York for 15 years now. Has your relationship to the city changed in that time?

TP: Yeah, I fucking hate it now. (laughs) I didn’t use to hate it so much. It is a trashball of a place. You’re getting me raw right now. I know I might not feel that way in an hour. New York is kind of like being in an abusive relationship. Sometimes you feel like you’re done with it. Sometimes you feel yourself crawling back.

I know it’s going to change because summertime is coming up and the temperature is going to get better. Summer is the only reason anybody stays here because it’s so much nicer than the winter time. But I’m just done.

CT: I think that is a super common feeling. People always congratulate others when they leave, yet, so many people never seem to be able to leave.

TP: I’ve watched my relationship to New York change, obviously. I grew up in a small place in the middle of nowhere [in California]. And the city is so attractive to me because it offered constant change, and life, and dynamism, and art, you know? And the idea that I could fashion myself into whatever I wanted to become. Which has largely happened. I get paid to tell stories. I don’t know where else I would have been able to have this job. I’m literally a professional poet. That just doesn’t really happen anywhere else.

I just feel that, now that I’m getting older, the constant change of New York is not as alluring. I’m finding myself really wanting more stability than fireworks.

CT: That makes sense. Do you have a spot in New York that you know you enjoy coming back to?

TP: I love sitting in the East River Park in Williamsburg. Especially on a Saturday because they have this thing called Smorgasburg and it’s like all of these small plates. I’ve said this before but I love tapas because I have commitment issues. So getting four small different things [is perfect]. I love sitting in the grass and watching the sun set. It’s a magical time when the sun goes down and all the lights of the city come up and you watch the light transmute from the light of the sun to the lights of the buildings or whatever. 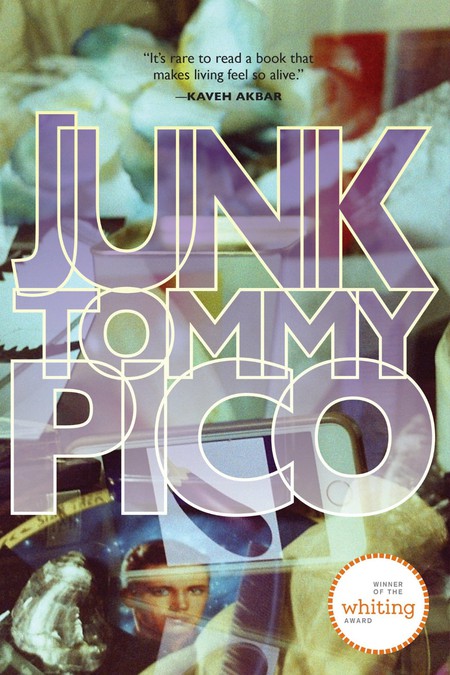