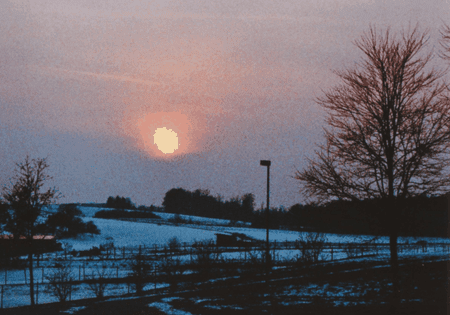 In Some Say, her fifth book of poems, McLane brings her waggish verbosity to an otherwise bleak environment.

In 2015, the New Yorker published a poem by the American poet and critic Maureen McLane titled “Some Say,” in which the phrase was cleverly deployed to highlight the subjectivity of beauty:

Some say a host

of horseman, a horizon

of ships under sail

some say a mountain

embraced by the clouds &

some say the badass

in the club are most beautiful.

A innocuous phrase at first glance, McLane has plucked for examination a colloquial tick used to back a statistic without the labor of proving it. “Some say English instruction must get back to basics, with a focus on grammar” goes the headline of one recent New York Times piece. For grammarians, “some say” is a no-no, an attribute-less attribution; Wikipedia monitors will flag the use of “some say” within an entry: credit needed. And yet, “some say” lives on at the margins of American vernacular.

It’s this idea of marginal living, of unlikely survival, that McLane twists with her singular swagger of jest in Some Say, her fifth collection of poems, in which similar flights of cheeky erudition glide throughout. The “morning orison” of “the guy at the newsstand”; the “rodomontade” of a bullfrog; the “whatevs” of a “dialect riddled with defect.” McLane’s is a voice that is both schooled and cool; her ear for a poesy and populism brings to mind the unbuttoned wordsmithiness of the recently deceased John Ashbury, but though McLane may like to be seen as his successor (with nominations for both National Book and Book Critics Circle awards to boot) she is also her own bard of Americana—more PBR than Merlot, and thus more foul-mouthed, more libidinous, more fun.

Some Say arrives on the heels of her long and lauded work /Mz: N/, a poem-in-episodes that brings to mind the narrative safaris of Anne Carson or Claire Louise-Bennett. A wild combination of memoir, unbounded stanza, and lively presence of mind—/Mz: N/ is, to use a blockbuster term, edge-of-your-seat poetry. By comparison, Some Say is a quieter work, not a hangover after the party, but rather a break from revelry. The bravado is still present, but rather McLane’s more bombastic lines serve to color poems that are impressionistic, if not saturnine. “Now I cannot see / the blight everywhere” she writes in “Taking a Walk in the Woods After Having Taken a Walk in the Woods with You.” The paucity raws the sentiment.

Becoming aware of one’s mortality, that transformational bridge from youth to mid-life, is the pill of these poems; that and the sobering reality of one’s environment—in this case the Adirondack Mountains of upstate New York, where much of this collection is set. McLane makes references to the seasons, particularly winter, from which she seems not to be living through as much as surviving, though some of her most most gracious moments are in observing the beauty of the natural world around her. Hidden behind the veneer of pastoralism, however, is poverty. Among the poorer regions of the state, the counties of the Adirondacks are unsurprisingly hard-right and red, a demographic that McLane addresses with sly commentary by channeling not the shucks of the American dream but rather the ghost of its departure: “Whole swaths / of your country / are a third-world country /” she writes in “Trail.” “Upstate: Time to get your teeth pulled.” 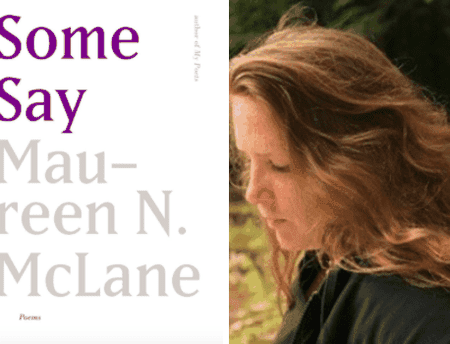 But McLane observes mostly as a resident (in fact, she grew up in the region), and because she knows where to look, her poetics recall as much as they report:

The café where Camille Desmoulins

jumped atop the table and roared

So too the one grocery store

in the Adirondack town.

Offering an anecdote to these bleak observations is the sun, a reoccurring motif in Some Say, and for McLane, a lazy and celebrated presence that shines through as a lifeline and illuminates the natural world around her: “On a morning with a light wind / and the sun spangling the lake / everything is given / and eternal.” The sun offers remedy: “It’s not cool to be enthusiastic not chill / to say hey! There’s a fucking sun still shining”; and gift: “How dare the sun be up before you / when the moon last night promised to hold off the sun / just for you.” Not surprisingly, “As I was saying, the sun” is the title of more than one poem in the collection.

Some say winter has different effects on everyone, but this is a provable sentiment. For Edith Sitwell, it brought the comforts of warm food and fires. For Oscar Wilde, it was a time to expand on one’s wisdom. For Maureen McLane, it necessitates survival. There is something of a spring metaphor of her emerging, manuscript in her grasp, that has now become the book in hand. By her words, it’s an achievement she’s unlikely to repeat: “I don’t want / to look back / & say ah / that was so / worth it / because even / if it was / it wasn’t.”