Plan to Light Up New York’s Bridges Comes Under Fire 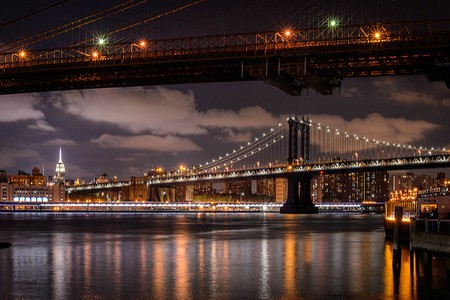 Governor Andrew Cuomo wants to light up New York City with LED lights on its bridges and tunnels, in an effort to boost tourism. But some critics believe far from being a bright idea, the plan is a waste of taxpayers’ money.

It’s hard to imagine that drawing tourists to a city is really as easy as bringing moths to a flame, but there is some evidence it may work. Tourist officials in several U.S. cities, including San Francisco, Little Rock, Ark., and Memphis, Tenn., can offer anecdotal evidence that illuminating bridges brings more visitors.

However, in all of those cities the bridges were lit up with cash from fundraising campaigns and charitable donations. “We are building a harbor of lights,” Cuomo said last month. “I think people are going to be blown away.”

The Harbor of Lights proposal put forward by Cuomo will be funded by the state, and many are saying that the money would be better used fixing New York City’s current transportation problems. According to Politico New York, the LED lighting plan could cost between $216-350 million.

“We are still in the process of finalizing the design scheme, scoping and schedule of the project and any discussion of cost at this point are speculative,” Cuomo’s spokeswoman Abbey Fashour told AM New York.

“Taxpayers will be picking up the tab,” Assembly Minority Leader Brian Kolb, R-Canandaigua told ABC News. “As the city’s mass transit system continues to crumble, a $200 million lightshow is hardly the best use of state resources. … Fancy bridge lights won’t get people to their destinations on time.”