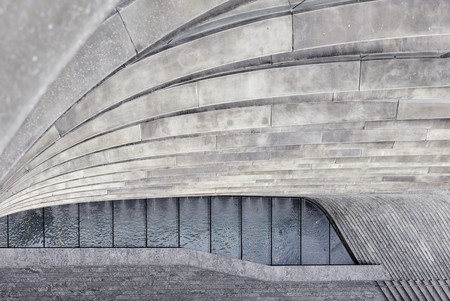 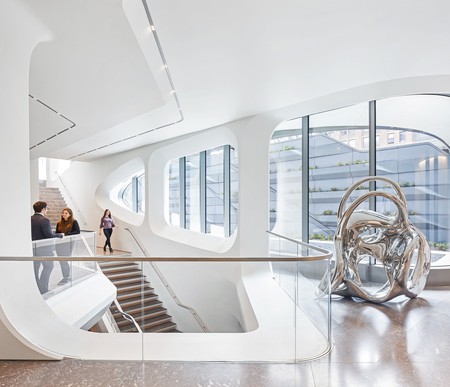 Zaha Hadid’s first project in New York City, 520 W. 28th Street, officially opened in June of last year, but before construction even began on the 11-story residential building, it quickly became one of Manhattan’s most iconic structures.

Photographers at Hufton+Crow captured the “layered civic realm that has developed over generations and in many iterations,” with a series of photos that showcases the building’s interior and exterior details. Most notably, the rounded, steel façade takes on even more of a futuristic look, particularly when photographed up close. 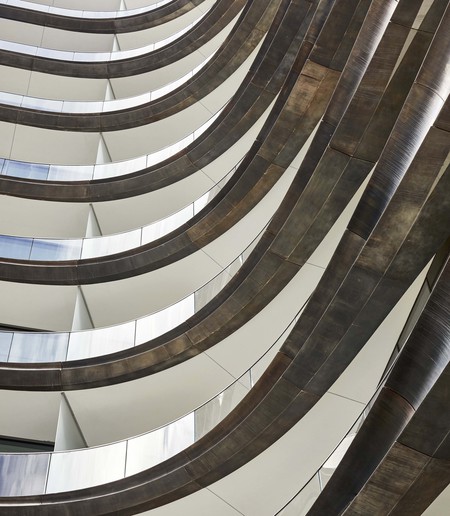 The building’s exterior materials were hand-brushed and tinted to “resonate with the adjacent structures of the High Line,” and to celebrate “the spirit of Chelsea’s industrial past,” says Zaha Hadid Architects. The “split levels of the design define varied living spaces and echoes the multiple layers of civic space on 28th Street and the High Line.”

The building is also iconic for another reason: 520 W. 28th Street was one of the Pritzker Prize-winning architect’s last works before she passed away in 2016. 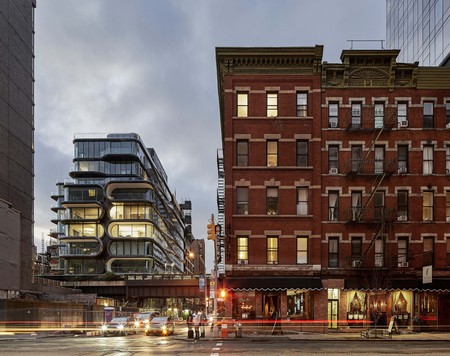 Some of the ultra-luxe condos have sold for more than their asking price, according to Curbed. The least expensive unit went for just under $5 million, while the triple penthouse (which features 9 rooms, 6.5 baths, and a 2000-square foot terrace with views of the Hudson River) was listed at a whopping $50 million dollars. The penthouse went “temporarily off the market” back in December, and it’s unclear whether or not the sale has been finalized. 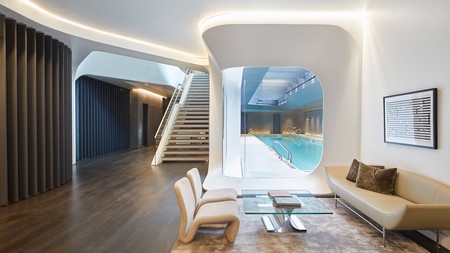 520 W. 28th also features New York City’s first and only private IMAX theater, which was designed by the “Queen of the Curve” herself, as well as an entire floor dedicated to wellness. The “wellness level” features a saline sky-lit swimming pool, sauna and steam room, waterfall showers, and massage beds. 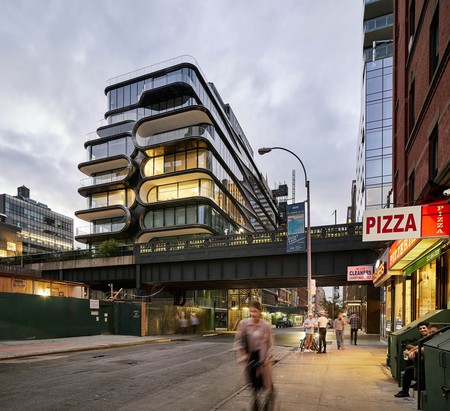 The building opened up rental units back in November, and one of the current listings (a 2-bedroom, 2.5 bath) goes for a cool $13,500 per month, according to StreetEasy. While this may seem like an astronomical price for a 2-bedroom apartment, anything near the High Line is considered prime real estate right now. 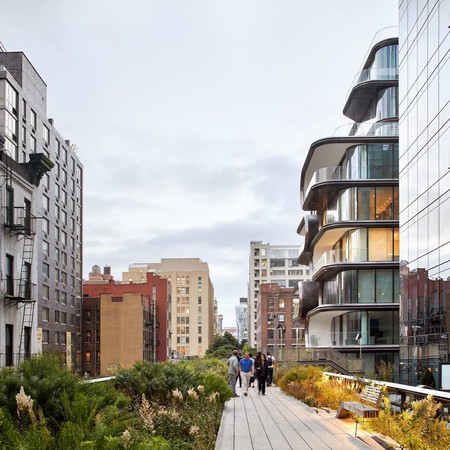 The once affordable, eclectic working-class neighborhood will continue to evolve as new residential buildings and cultural sites become a new part of the urban landscape. With the nearby Hudson Yards Public Square and Gardens, Chelsea shopping district, the Whitney Museum, and Heatherwick Studio‘s new 150-foot Vessel sculpture all in close proximity, we can also expect the neighborhood’s real estate values to increase, as well.