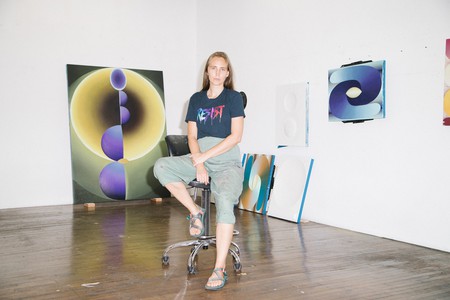 New York City – as a sprawling, spinning centre of the Western world – has always been awash with creatives drawing inspiration from its towers and streets. California-born artist Loie Hollowell gives us her perspective on the City That Never Sleeps, and shows us how its corners, curves and colors find their way into her works.

The cinematic vision of New York City – towering skyscrapers, neon lights and ubiquitous yellow cabs – has long been immortalized by artists, but as creatives move away from the throbbing heart of Manhattan to the outer reaches of the five boroughs, new sources of inspiration have taken shape.

Such is the case for Loie Hollowell, a Californian-born painter who has made her home in various parts of Queens for almost a decade. Her hyper-saturated (often huge) canvases are comprised of abstracted and semi-figurative shapes that appear to harness throbbing light.

Her curvaceous forms and kaleidoscopic use of color might seem to share more in common with what she terms her “hippie-dippy Californian side,” but on closer inspection, the architecture and richness of color found in New York become visible. 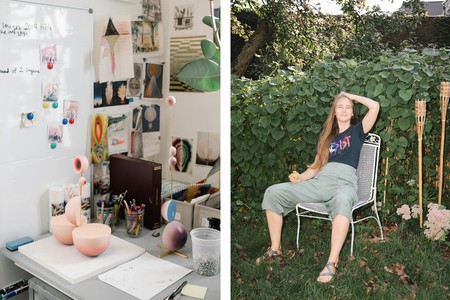 For example, she uses warm, autumnal tones alongside their more vivid counterparts, in reference to what she considers older, untouched neighborhoods such as Greenwich Village. The dimly lit, narrow streets and old brickwork hold secret visual treasures for the artist, such as “the light at dusk, as it hits a wall or shines on crawling ivy and wisteria.” It is an entirely different palette from the one she grew up with, where the Californian light made everything “mind-blowingly bright.”

Many of her shapes are also evocative of the city’s surviving Art Deco structures, though she’s more likely to reference local buildings in neighborhoods such as Ridgewood, which she now calls home, as opposed to famed landmarks such as the Empire State and Chrysler buildings. Ridgewood, in Queens, was historically dominated by Dutch and German tradesmen, and much of the original 1920s architecture remains.

She has recently bought a house there, and renovations have led to the discovery of “hidden architectural moments” that directly inform her paintings. Anyone who has witnessed her work in the flesh – it often features three-dimensional curves and graduated angles – will see the relationship between her surprisingly dynamic surfaces and the perfectly crafted arcs and bends that typify Art Deco. Unsurprisingly, she is sure that the classic, rounded facade of her new house will serve as further inspiration. 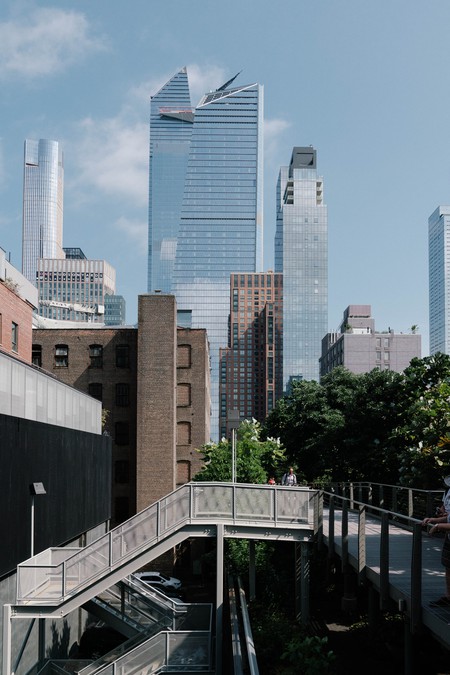 Hollowell is far from the only artist to move to Ridgewood, particularly as its more fashionable Brooklyn neighbor, Bushwick, rapidly gentrifies and prices people out of a place to live, as well as any chance for considerable space to pursue their work.

She recently negotiated a studio lease in a closed-down knitting factory, which has been a revelation: “I have one section of an enormous space, and the local landlords have only just begun to understand that artists want to rent here.” But things are moving quickly. “Now these little bars and coffee shops are starting to pop up. You can see stretchers and canvases, all kinds of art stuff peeking through cracks in windows. It’s definitely changing.”

That said, Hollowell’s favorite haunts remain family-oriented establishments that welcome her toddler and serve the old Queens community as much as the influx of younger creatives. Onderdonk and Sons is a frequented local bar that “always has kids running around,” as is Gottscheer Hall, an old-fashioned beer hall that serves an array of bratwurst and sauerkraut to complement its beverages. According to the artist, you’ll likely see firemen, plumbers and union workers talking politics and watching Fox News, alongside the newer art crowd. 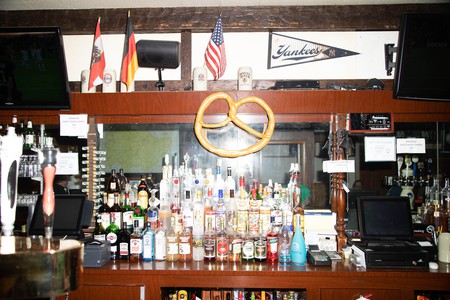 The quaint, German-inflected Gottscheer Hall is one of the artist’s favorite haunts | © Jacob Pritchard / Culture Trip 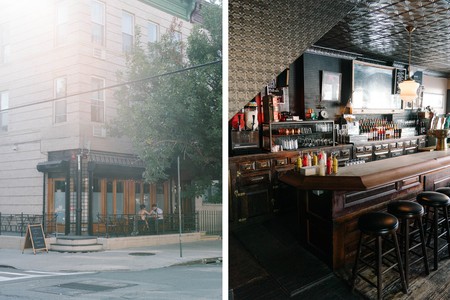 Hollowell also stays connected to the massive cultural offerings across the city, popping over to new Bushwick galleries such as Underdonk and Transmitter or cross-disciplinary spaces such as Knockdown Center. A trip to Jackson Heights, for what the artist calls “the best Thai and Tibetan food in the country,” is also regularly on the menu; Sripraphai in Woodside is her favorite.

Becoming a parent has also made her excursions into Manhattan all the more rigorous. According to Hollowell, “When you tell people from Manhattan or posh Brooklyn that you live in Queens they have this vision of you not being part of city life, but it only takes 40 minutes to get into the center.”

She travels into the city almost every weekend, checking out refurbished-furniture stores in Harlem or making a regular circuit of the main museums, including the Whitney, the New Museum, MOMA and – if friends and family have come from out of town – the sprawling halls of The Metropolitan Museum of Art. Naturally, MOMA’s Long Island City affiliate PS1 is also a must-see, with experimental art and performance taking center stage. 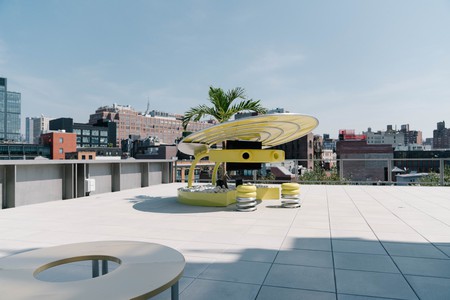 Although there may no longer be much of an artist community living on the Lower East Side, Hollowell explains that there’s still an energy brought by young curators and creatives, who are opening spaces alongside the bigger names. She thinks gallerist Lauren Marinaro, who set up her eponymous gallery a few years ago, is “doing great things,” and she’s in great company, with independent spaces such as Foxy Production, Sargent’s Daughters and Reena Spaulings Fine Art all within easy walking distance. 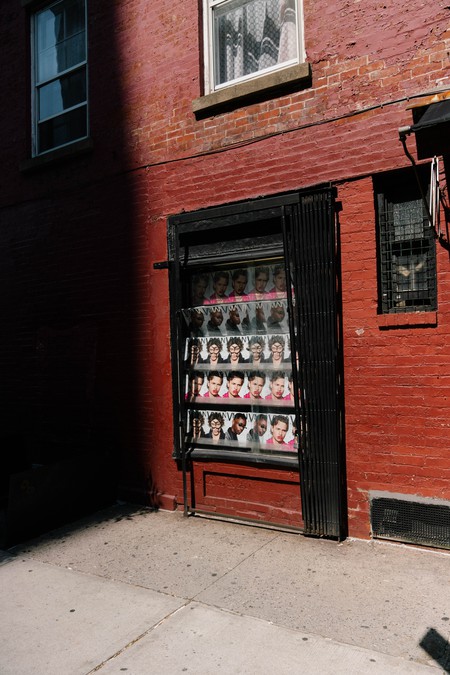 The area now serves as a viable alternative to the increasingly glitzy Chelsea gallery district, which is now home to a new breed of commercial “mega-galleries” that rival museums in their size and scope. Within just a few streets you can visit big hitters such as David Zwirner (which will soon count a Renzo Piano-designed tower among its cluster of sites in the area), Gagosian, Hauser and Wirth, and Pace, which has just unveiled its flagship eight-story headquarters.

The entire second floor of Pace is currently dedicated to Hollowell’s first solo show with the gallery, alongside presentations from David Hockney, Alexander Calder and Peter Hujar elsewhere in the building. It is fair to say Hollowell is suitably impressed by the gigantic new flagship space. “It’s so futuristic, it looks like a transformer that’s just going to get up and destroy the city!” 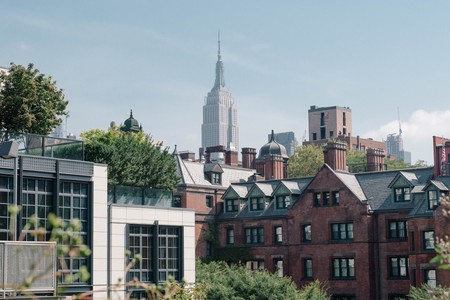