Our Travel Editor's Guide to the Best Secret Spots in NYC 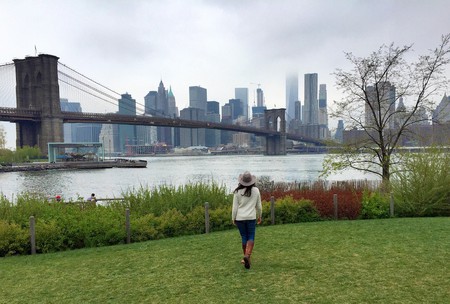 My New York is one of nostalgia; a city that perfectly merges the modernity of the present-day concrete jungle with the alluring whispers of the history that unfolded here. Perhaps there is no better place to capture that nostalgia than the many speakeasies and local haunts that evoke the 1920s jazz age.

The light sounds of jazz wafting over a summer breeze, the taste of a classic champagne cocktail with a modern twist; there is a certain romanticism to the New York of the 1920s. A promise that behind every unmarked door there was a party pulsating with life, provocation and damn good jazz. Today, there are a slew of bars, restaurants and hotels that capture that sense of nostalgia and promise to transport guests to another era entirely.

With entrances hidden behind barber shops, faux pharmacy store fronts and even inside a phone booth, half the fun of a speakeasy is stepping through the door. Unfortunately, popular New York venues—such as PDT or Death & Co—can attract a line of people that often give away the surprise entrance (a bummer especially if you’re hoping to surprise a friend).

The Garrett is one of my favorite under-the-radar spots. Hidden above a Five Guys, entrance requires a confident stroll to the back of an unassuming burger shop, which will reveal a hidden staircase to another world. Upstairs, The Garrett overlooks the streets of the West Village and features an art deco, tin ceiling. 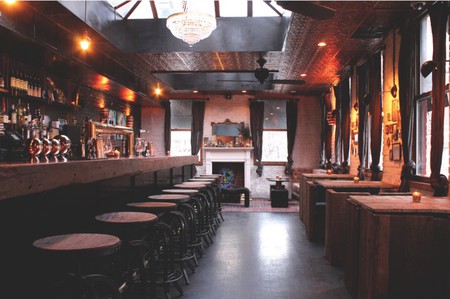 © Courtesy of The Garrett

Nestled on St. Marks is an unassuming French bistro serving up classic steak frites, escargot and live jazz. While not a speakeasy, this hidden gem in New York’s bustling East Village is an overlooked, low-lit restaurant with good wine, great food and even better music. While most jazz spots slap guests with cover charges, Jules Bistro is a wonderful place to catch a live performance without the crowds or pomp and circumstance of other jazz clubs in the city.

My recent stay at The Roxy Hotel can best be described as having entered a portal to another era. The entrance resembles a 1920s movie theater marquee, while the place itself is a celebration of music, film and art. The multi-purpose ground floor serves as an oyster bar, cafe and jazz lounge, with live music.

Start your evening with a glass of champagne and oysters while sinking into the red velvet couches and listening to the performers. As the night goes on, head to the lower level of the hotel, where you’ll find The Django and Roxy Cinema. The Django is a Paris-inspired jazz club with classic cocktails. For hotel guests, the $20 cover charge is waived.

Next to the Django is the endearing Roxy Cinema—a one room theater that plays old films. Also free for hotel guests, it serves gourmet popcorn, and allows cocktails and beers in the screening room. 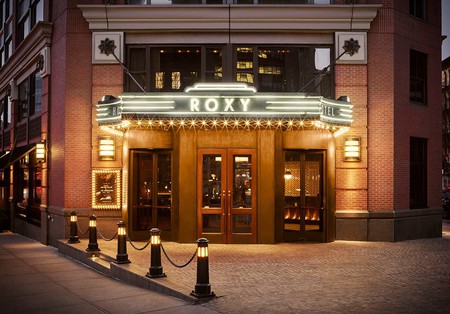 The Campbell was once the private office of jazz-age financier, John W. Campbell, who was a millionaire and railroad executive. Restored by the Gerber Group, it is just off 43rd Street, inside Grand Central Station. With its historic decor and an impressive hand-painted ceiling, The Campbell is home to classic cocktails, but the prohibition punch wins out on popularity.

New York has its fair share of kitschy speakeasies, which all seem to be locked in a competition for the most creatively hidden entrance. The Back Room is in a league of its own, as it is one of just two in the city that operated during the Prohibition era. Hidden away in a back room at Ratner’s, the former kosher dairy, the old bar played host to movie actors and gangsters in the 1920s.

Using the same hidden entrance from 85 years ago, the new venue is down a side alley behind a sign that reads simply: the Lower East Side Toy Company. True to form, cocktails are served in teacups, and beer bottles are wrapped in brown bags, just as they would have been in the old days. 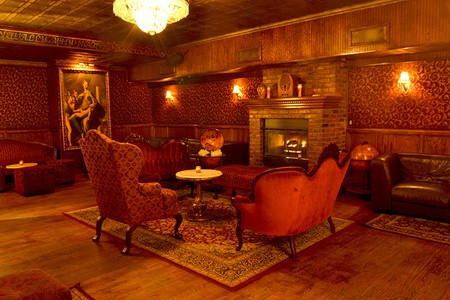 The Roost is a small coffee shop in the East Village with a hidden bar in the back, behind a pair of wooden sliding doors. The wood-paneled back bar features exposed brick walls, rich brown leather couches and a rotating selection of craft beers, as well as barrel-aged Manhattans and Negronis. Wednesday nights are notable for the half-price wine and champagne menu.