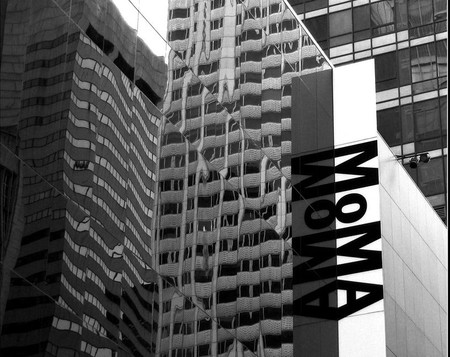 Ruckus ensued in October 1999 when the Brooklyn Museum exhibited The Holy Virgin Mary (1996). Chris Ofili’s magnificent—and shall we say, ‘multimedia’—rendering of a black Madonna with paint, fecal matter, and pornographic collages provoked a crusade for censorship helmed by then-New York City Mayor Rudy Giuliani, who called the artwork “sick”; and an irate Donald Trump, who referred to it as “absolutely gross, degenerate stuff.”

Giuliani subsequently embarked on a quest to sever the Brooklyn Museum’s funding, as the building is city-owned. “You don’t have a right to government subsidy for desecrating somebody else’s religion,” the former mayor said, having never seen the artwork in person. The Brooklyn Museum sued Giuliani for attempting to violate their First Amendment rights, though both parties eventually dropped their respective campaigns against one another.

The Holy Virgin Mary was put on view in Brooklyn as part of an exhibition showcasing Charles Saatchi’s collection of works by Young British Artists titled Sensation. It immediately became the principle target of religious groups, and even suffered an attack of vandalism from a 72 year-old man who sprayed the canvas with white paint.

Ofili’s most famous artwork returned to a more welcoming audience at the New Museum’s solo exhibition of his work titled Night and Day in 2014, and the painting was sold at Christie’s London in 2015 for the equivalent of $4.6 million, which remains the artist’s auction record today. In 1998, Ofili won the prestigious Turner Prize, which is presented annually to an exceptional British artist.

“As an altar boy, I was confused by the idea of a holy Virgin Mary giving birth to a young boy,” Ofili said in an interview with The Guardian. “Now when I go to the National Gallery and see paintings of the Virgin Mary, I see how sexually charged they are. Mine is simply a hip-hop version.”