On the Lower East Side, Israeli Pastries Delight 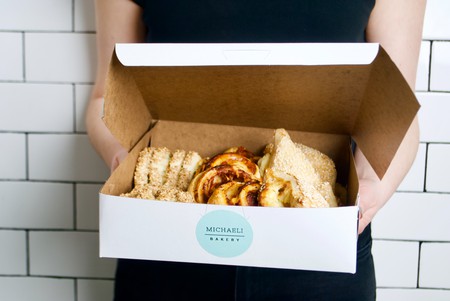 A new bakery on the Lower East Side fuses Israeli pastries with American, Jewish and global influences. Adir Michael talks to Culture Trip about his latest venture.

For Adir Michaeli, baking and pastries have long been more than a simple adoration. The Israeli baker, who helped launch a Manhattan outpost of the beloved Israeli Breads Bakery and now runs his own operation on the Lower East Side, credits his youthful fondness for sweets and breaking tradition as the reasons he became a baker.

“I love the challenge – to not follow rules and techniques – to get a transformation from something flat,” he says.

Before coming to the United States, Michaeli flexed his baking expertise at Lehamim Bakery in Tel Aviv (also known as Breads Bakery), cranking out Israeli favorites like chocolate babka, savory bourekas and rugelach, coupled with French-influenced pastries and breads. He and founder Uri Scheft brought Breads Bakery to the States to much fanfare, introducing New York City to the wealth of Israeli pastries.

These days, Michaeli has branched out from Breads with his own venture: Michaeli Bakery. His first solo bakery is what he considers a true patisserie, as the French say. In France, patisseries are dedicated to pastries and sweets, whereas boulangeries sell bread. 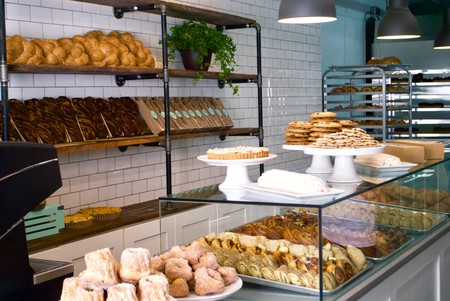 Unlike a traditional US bakery, Michaeli Bakery specializes in pastry. Michaeli starts his mornings in charge of production, kneading and laminating dough, painting pastries with chocolate and sugar. A glass case houses silver tins stuffed with the sweets ubiquitous in Israel, but more rare in the States: chocolate rugelach twisted like croissants; chocolate, cinnamon and poppy seed babka; sfenj (a vegan Moroccan donut rolled in sugar and consumed after Passover); tahini cookies and flaky bourekas showered with sesame seeds and jammed with spinach, potatoes or cheese. There is braided challah, too, but only on Fridays.

“In Israel, the terminology is very similar to the French,” he explains. “Breads Bakery is the classic boulangerie. My new bakery is an Israeli patisserie. In the US, everything is under the same label of ‘bakery,’ so you have to call it a bakery. This is different.”

Babka and bourekas may be extraordinarily popular in Israel, but that’s far from the case in the United States. When it comes to Jewish and Israeli sweets, Americans may often assume that means the Americanized sort: rye bread, black and white cookies, macaroons, which are desserts that lack butter – for kosher reasons – or flour for holidays. Michaeli hopes that the bakery will upend American assumptions about Israeli and Jewish pastries. 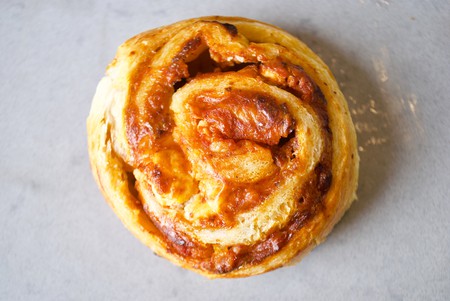 “You can find in every bakery in Israel boureka and rugelach and babka,” Michaeli explains. “It’s not new for us – only for Americans.”

The rest of the menu is shaped by pastries from around the world. Some are influenced by the French: almond croissants, swirled pain aux raisins, log cakes built out of chocolate, meringue and strawberries. Others are undeniably born out of an American and Jewish fusion: pinwheeled cheese danishes brightened with lemon zest, springy cheesecake and pizza bourekas – a nod to New York’s slice shops. It’s rounded out with chocolate-chip cookies, apple pie and coconut-dusted alfajores. It’s irrefutably a confluence of cultures and cuisines in the heart of the Lower East Side – the historic site of New York City’s Jewish population. 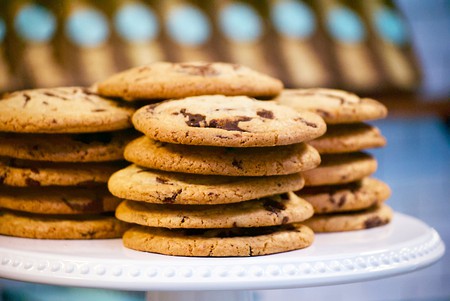 Michaeli hopes the Americans frequenting his bakery will adapt the Israeli way of shopping. He guides customers to not only purchase one thing, but to walk away with a sack of many pastries.

“Bourekas are something we take home in quantities,” Michaeli says. “No one is grabbing just one. We take it by boxes because it’s the Israeli snack. It’s our croissant.”

And after all, it’s easy to exit the primarily grab-and-go shop with a bag of bourekas, a warm loaf of chocolate babka and a challah, for now or for later. Even if you polish the bourekas off in one sitting, there’s always tomorrow to restock endless loaves of cinnamon babka and pint-size rugelach. 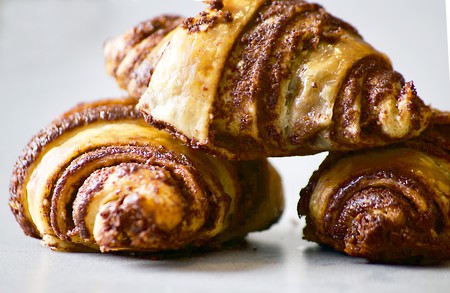 Rugelach | © Lily Brown
Give us feedback