ON CANAL Launches During NYFW to Innovate Experiential Retail 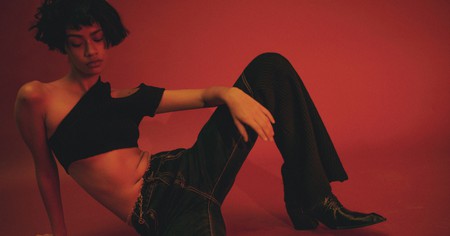 Globally recognized Telfar exhibits at ON CANAL | Courtesy of ON CANAL

Wallplay, an experiential arts network and Vibes Studios which elevates brick and mortar retail, presents ON CANAL, a downtown immersive retail pop-up that allows people to shop the showrooms of 20 designers for New York Fashion Week and beyond.

New York’s Canal Street, which borders the Manhattan neighborhoods of Soho and Tribeca, is internationally known for a melange of knock-off fashion, authentic finds from Chinatown and chic streetwear bric-à-brac. Starting this month, it is also home to the future of experiential fashion retail, according to Wallplay’s CEO Laura O’Reilly and Sonny Gindi of Vibes Studios. 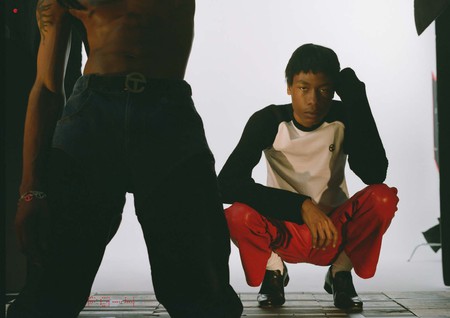 O’Reilly and Gindi – both native New Yorkers – have partnered to create ON CANAL, a district of pop-up installations that have taken over 20 previously vacant storefronts. Launched on September 6, 2018, in-step with New York Fashion Week (NYFW), ON CANAL’s first month-long program features the work of emerging New York designers. VR, tech and community-driven projects from Wallplay’s experiential art and innovation network round out the program, which will change monthly, according to a theme curated by Wallplay and Vibes Studios. The team behind ON CANAL worked in collaboration with Babak Radboy, Creative Director of Telfar, and Spencer Taylor, founder of Harbinger-Creative to curate the lineup of fashion designers. 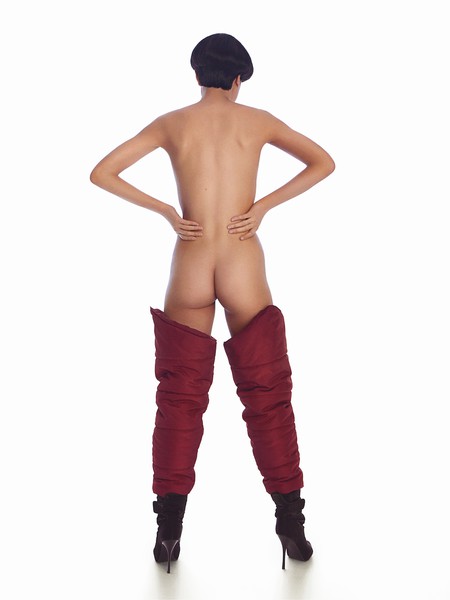 “So many New York designers were leaving New York to show in Paris,” says Gindi. “We saw that, and wanted to give back support to designers to keep New York a fashion capital. So we brought in 20 designers to give them the support they deserve.” ON CANAL’s lineup of designers includes CFDA/Vogue Fashion Fund finalist, Telfar; Luar, helmed by Rual Lopez of Hood by Air; Jules Kim of Bijules Jewelry; Vaquera; Kim Shui and more.

“With the rise of e-commerce, consumers don’t have a reason to shop in real life any more,” says O’Reilly, “unless there’s a compelling experience. Sonny [Gindi] had this vision of making the designer showroom accessible to the public, so people could experience the brand of sought-after designers.” 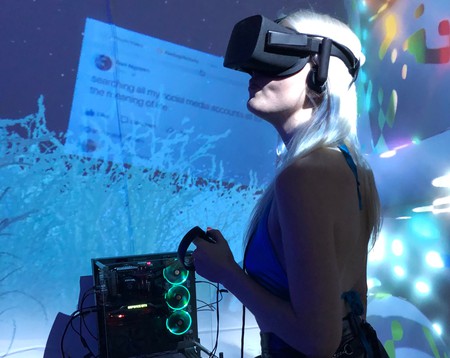 VR installation by DiMoDA | Courtesy of ON CANAL

Such vision is part of a NYFW that has evolved to be more democratic, eschewing the exclusive, hierarchical mentality that formerly catered to the front row. Today, with many NYFW fashion events taking place in the outer boroughs and encouraging visitors to interact with models and labels, ON CANAL feels extremely relevant.

“Today, retailers are challenged to create a story,” says Gindi. “You can’t just put clothes on a rack. Consumers are hungry. We want to have a retail experience that can be shareable, and can even create a viral sensation. [This mentality presses designers to ask] what does your brand really mean? What does your clothing mean? Retail is evolving.”

Respectively, VR and tech-driven retail experiences are on the rise – a cultural phenomenon O’Reilly and Gindi tapped into for ON CANAL. Visitors can get 3D scanned by Beheld and interact with Jonathan Rosen’s tech-enabled mirror. A VR installation from DiMoDA, featuring garments from Wearable Media and biotech pieces by LAByrinth, as well as projection mapped fabric by Melissa Clarke make ON CANAL interactive for visitors. By doing so, the project pays homage to Canal Street’s history as a gritty mash-up of New York, where old meets new. 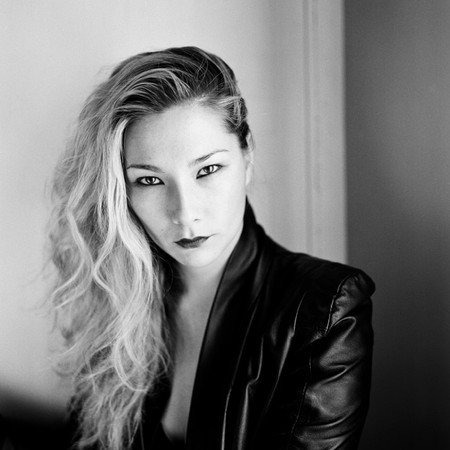 Jules Kim of Bijules Jewelry | Courtesy of ON CANAL

“We’re trying to play with the cultural landscape of Canal Street in a creative way,” says Gindi. “Knock-offs are part of the history of the block and make Canal Street interesting.”

O’Reilly adds, “It’s important to have original work in the space where counterfeits once were.”

Another feature of the project includes a reclaiming of sorts for pioneering New Yorkers. Jules Kim of Bijules Jewelry hosts a space for the “King of Canal Street Grillz,” Charlie Goldcap. Here, visitors can be fitted for custom gold mouthpieces. Colm Dillane of KidSuper has outfitted his space with sewing machines so visitors can repurpose old clothes.

“Our mission is to be a home for the people in fashion who are forward thinking,” says O’Reilly.

Gindi adds, “We have an opportunity to test new ideas and figure out where the industry is going. We can’t wait for the future.”

ON CANAL is open Tuesday through Saturday from 12 noon through 7pm. with late nights on Thursdays until 9pm. The fashion lineup runs from September 6 through October 1.