Shintaro Okamoto insists that “not all Alaskans play with ice”—but he certainly does, and he’s subsequently created one of the most popular ice sculpture studios in New York City. From large-scale public artworks gracing Midtown Manhattan to small, intricate sculptures forged for private affairs, Okamoto Studio lends a contemporary eye to an ancient and transient medium.

“We thrive on taming the complexities of ice,” says Shintaro Okamoto of his artist collective and the uniquely ephemeral medium he has worked to master since childhood. The son of an ice sculptor, Okamoto grew up with the craft, but went on to study painting and medicine at Brown University instead. While Okamoto’s decision to devote his career to ice sculpting may then appear tangential (albeit nostalgic), his chosen route is actually the precise convergence of his academic background. In his Queens-based studio founded in 2003, artists take to ice blocks like surgeons, yielding incredible detail from chain saws and ice picks. 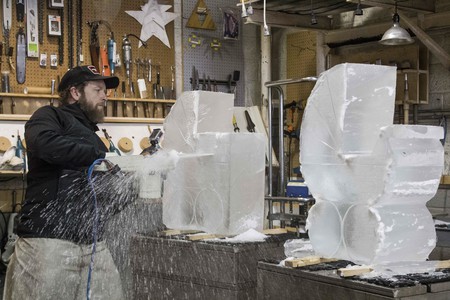 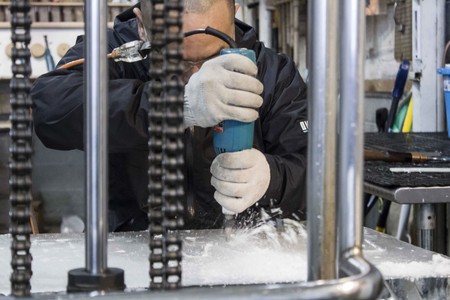 Something of a novelty medium, ice sculpting has accrued a commercial appeal—but its origins are rooted in historic practicality. According to the BBC, the practice of sculpting ice into abodes (commonly known as “igloos”) dates back approximately 4,000 years across Canada, Alaska, and Greenland. Fast forward to the imperative role that ice has played in food preservation. As early as 600 B.C., Chinese farmers froze water in their fields to create ice blocks that preserved perishable ingredients. Written records indicate that ancient Roman and Indian civilizations mixed ice with sweets and fruits (think early ice creams and sorbets). 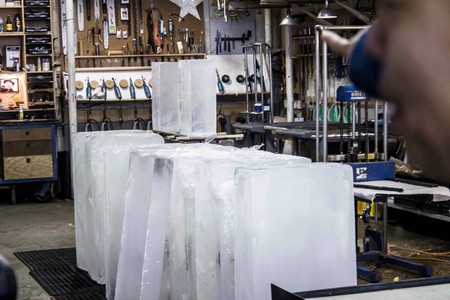 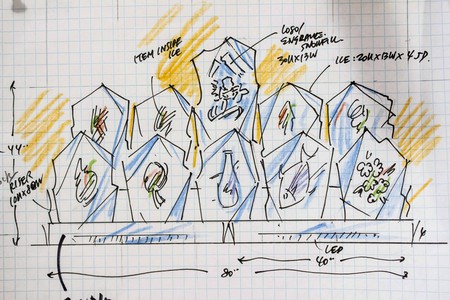 From necessity, ice evolved into an art form in various capacities around the world. Captivated by the ice’s purity and evanescence, Okamoto Studio collaborates with major fashion labels, food and drink brands, and fellow artists to augment city streets and private events with arresting artworks that transform each space. Okamoto plans and designs each commission, and with his artists, forges an expansive variety of striking sculptures. 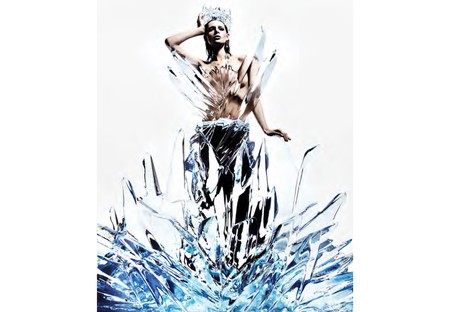 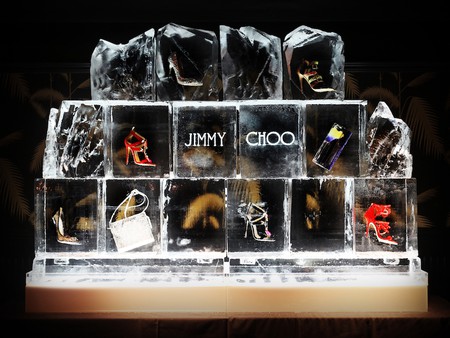