Every city or town has its fair share of old wives’ tales, folklore, and stories handed down through good old-fashioned gossip, and New York City is no exception. Over the years, urban legends have been formulated by individuals, created initially perhaps as jokes or spooky bonfire stories. However, the persistence and appeal of these legends have enticed many to question and explore their origin and authenticity. Here are the top five urban legends of NYC. 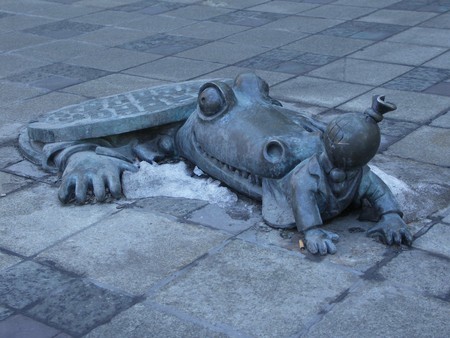 Alligator from the sewer | © Martin Sutherland/Flickr

Due to the vast, seemingly endless sewage system in underground NYC, people naturally speculate that dreadful mutants must be lurking about down there — cue the alligators. Various versions exist as to just how people believe alligators got into the sewers, adjusted to their new environment, and potentially formed massive colonies. The account that popularized this legend stems from a 1935 New York Times article in which an alleged 8-foot alligator was found in a manhole on East 123rd Street after being either flushed down the toilet or thrown down sewer grates as a baby. But don’t fret; though there have been a few actual alligator encounters in and out of the city, it is scientifically implausible that colonies could exist underneath the Big Apple. 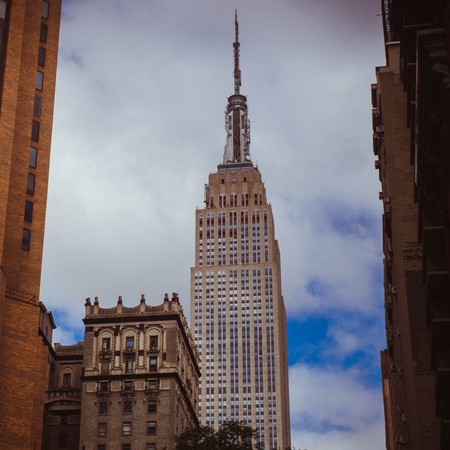 The Murderous Penny: Heads or Tales?

We’ve all heard it before, particularly in grade school when we think we’re geniuses who understand acceleration, velocity, and everything else for that matter. If you drop a penny from the top of the Empire State Building and it strikes a pedestrian on the street, it would be enough to kill them due the speed the coin would attain on its 1,250-foot journey down. Well, that unlucky pedestrian just became the luckiest man ever thanks to physics, as this penny story has proved to be false! The light one gram penny actually does not carry enough weight to collect nearly enough speed or energy to kill anyone from any height. However, a roll of pennies is quite a different story. 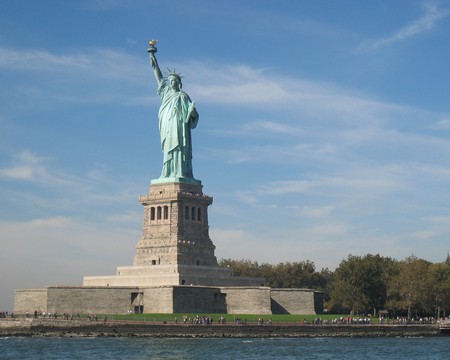 Many say that there is much more to Liberty Island than Lady Liberty herself. In the 17th century, Captain William Kidd was a sailor who led numerous expeditions as a privateer but was later accused, tried, and hanged as a pirate. On his many excursions, Kidd and his crew obtained various valuables, including his most incredible prize, the Quedagh Merchant, an Armenian ship with innumerable commodities inside. Upon learning that he was wanted for piracy, it is believed that Kidd buried his treasure on Liberty Island, which was supported by his residence on Pearl Street. However, don’t be too quick to go searching yourself, as further legend has it that dark spirits have since guarded the treasure — just ask Gibbs and Carpenter.

Cropsey Killer on the Loose

The Cropsey legend is the cautionary tale at its finest, which originated on Staten Island. Cropsey was the vengeful, kidnapping ‘boogeyman,’ an escaped mental patient from Willowbrook State School. He was the reason to go to bed at night, to never wander far, and to not talk to strangers. Although Cropsey was folklore, in an unfortunate event of life imitating art, Andre Rand became a real-life boogeyman in the 1970s. The actual former Willowbrook employee was convicted of kidnapping and suspected of murdering numerous children on Staten Island. Today, the legend still stands, and brave and daring individuals still visit the old grounds of Willowbrook for a spook. As for Rand, he will be eligible for parole in 2037. 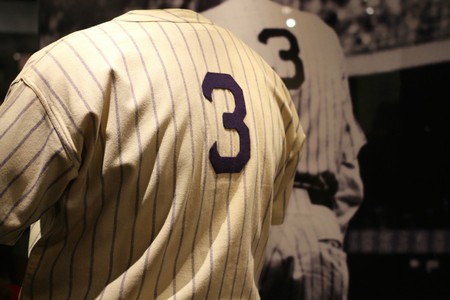 With so many spooky legends at the heart of NYC, making room for one that is pretty comical is only fair. Babe Ruth was obviously most known for his amazing contribution to America’s pastime. ‘The Bambino’ set numerous home-run records, helped the Yankees win seven World Series Championships, and drew in an astounding fan base. However, amongst the praise and tribute of this baseball slugger, is the talk of the Yankee pinstripes. Rumor has it that the Yankees opted for their signature pinstripe uniform to actually make the relatively bulky and thick Ruth look slimmer. Ruth may have been inspiring in many ways, but not when it came to uniforms. In fact, he was only 17 when the Yankees adopted their pinstripe uniforms.