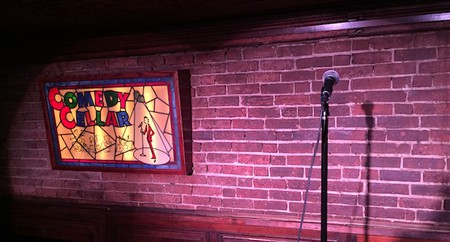 After a long day of working, you need to relax and unwind, and New York City has some of the funniest comedians, improvisers, and comedy shows that you can see every night of the week. From comedy clubs featuring veteran comedians to venues showcasing up-and-coming performers, these seven locations will have you laughing nonstop. 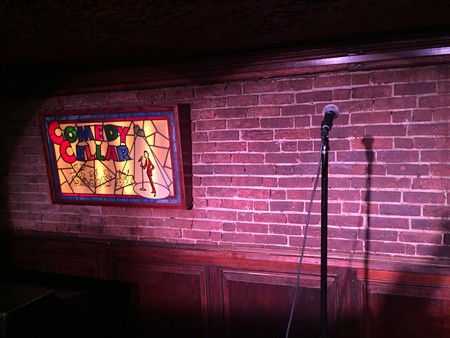 Bar, American, $$$
Facebook
Email
Twitter
Pinterest
Copy link
Share
Comedy Cellar is a New York City institution. Be forewarned though as it is a very small location, and if you are afraid of tight spaces, then think twice about going there. But if you can handle sitting shoulder to shoulder, then it is worth the cramping. Along with rising stars in the industry, comedians like Louis C.K. regularly drop in to do a set and work out new material.

Q.E.D: A Place to Show is one of Queens‘ newest comedy venues that has a constant schedule of comedians, comedy shows, improvisation, comedy storytelling, and more. Open every day of the week, Q.E.D has had comedians like Margaret Cho, Leslie Jones, and Kate McKinnon drop by and do a set, and comedian Christian Finnegan hosts a monthly comedy show. The small venue is always stocked with drinks and snacks, and no matter where you sit, you will feel like you are in the front row.

Creek and the Cave

Bar, American, Mexican
Facebook
Email
Twitter
Pinterest
Copy link
Share
Rebecca Trent, owner of the Creek and the Cave, has programming on seven nights a week. The lineups feature comedians who are working out new material plus seasoned professionals who just want to come in and make people laugh. This Long Island City sleeper has reasonable prices, and on the weekends, it has free comedy shows you can attend if you are on a budget. A bar and food are also available; therefore, you can make a whole night out of it. 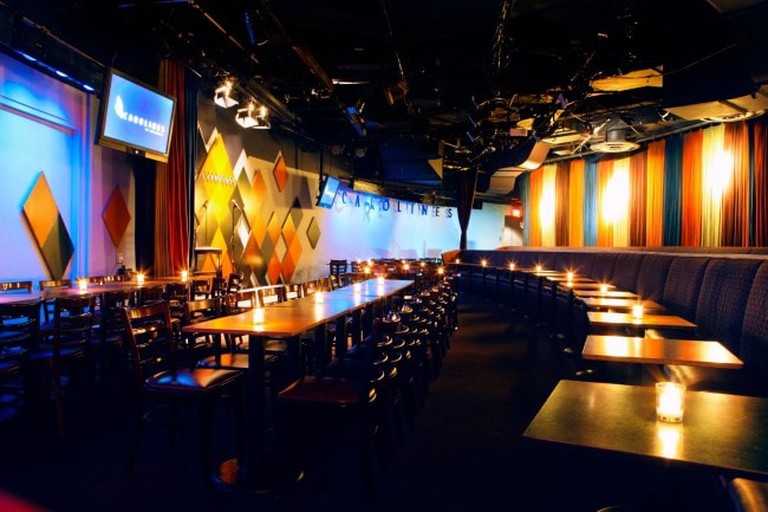 A namesake and destination in New York City, Caroline’s on Broadway is a must for comedians. Even well-known and working comedians have to push to get stage time at this sought-after institution. If you are interested in marquee names, seeing current and former television stars from the 80s, 90s, and today, then this is the place to go. Showtimes vary and tickets should be purchased ahead as shows do sell out.

Bar, Nightclub, American, $$$
Facebook
Email
Twitter
Pinterest
Copy link
Share
Located in the Gramercy neighborhood, New York Comedy Club, with its string of emerging and professional talent, has been making people laugh since 1989. Open seven days a week, the comedy club even features a bar. Grab a drink or two and drop in to see a show — you do not have to have pre-purchased tickets at this venue.

Bar, American, $$$
Facebook
Email
Twitter
Pinterest
Copy link
Share
Gotham Comedy Club is a well-known venue for comedians and has been featured prominently in feature films and television shows. Unlike some other comedy venues, Gotham is strictly stand-up comedians; there are no other shows. The venue is small, and the seats provide a good view. The venue offers discount tickets on their website, and there is a two-drink minimum when you attend a show.
Give us feedback