NYC’s Papilles Serves Up French Classics With a Modern Twist 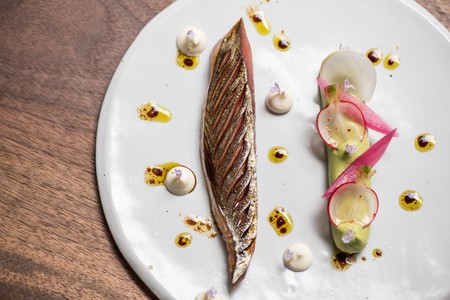 Despite the emphasis on presentation, Papilles is wholly unstuffy | © Jai Nima Idowu

On a busy strip of East Seventh Street is teeny French restaurant Papilles. Squeezed among East Village walk-ups, packed bars and niche boutiques, the restaurant almost feels out of place – an oasis of French cuisine in a sea of grimy streets.

At the helm of Papilles is chef and owner Andrea Calstier. Raised in Marseille, France, Calstier was always surrounded by food. He’d watch his mother and grandmother work in tandem in the kitchen, and he would often accompany his father to fishmongers and markets, developing an early appreciation for fresh produce. 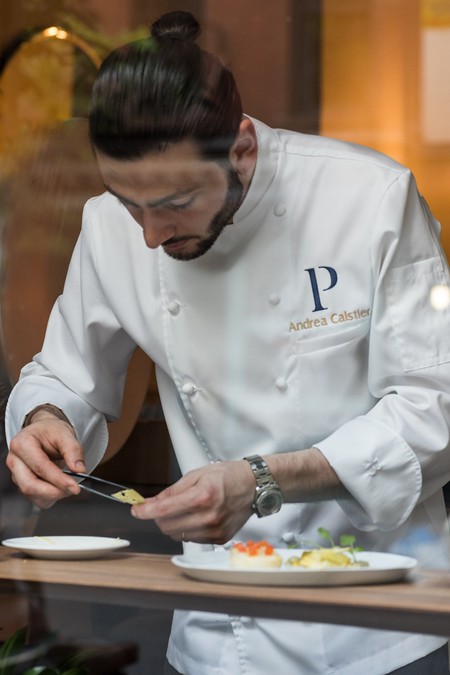 “It became obvious to me very quickly that the kitchen would be my life and career,” he says.

After working as a cook in France and at the two-Michelin-star Daniel on the Upper East Side, the 24-year-old chef decided to open his own restaurant. Calstier teamed up with wife Elena Oliver, who manages the marketing side of the business, and close friend Nicolas Thoni, who operates as the resident mixologist.

Despite his young age, Calstier isn’t concerned that people will write him off as an inexperienced chef. 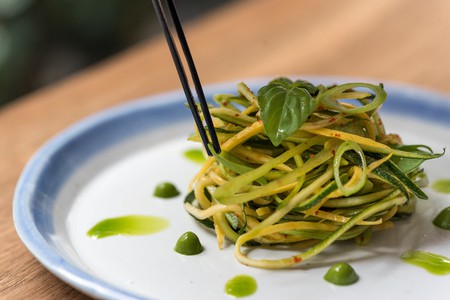 The menu shifts with the seasons | © Jai Nima Idowu

“What I’m really trying to prove is that maturity and consistency are not always related to age,” he says. “I’m not saying that I have all of the experience needed. There are obviously some things missing, but that lack of knowledge sometimes is as well what is giving me the motivation to learn and grow every day as a chef.”

Papilles, which opened in June 2018, has emerged as a destination for Calstier’s style, which he calls cuisine vagabonde. Calstier explains that this type of cuisine provides him with the opportunity to wield ingredients from around the world, all while consistently employing his French background and culinary techniques.

“Our priority is to propose quality dishes made with peak-season products as local as we can,” he says. “Our focus is on food and cooking that is made responsibly and of high quality.” 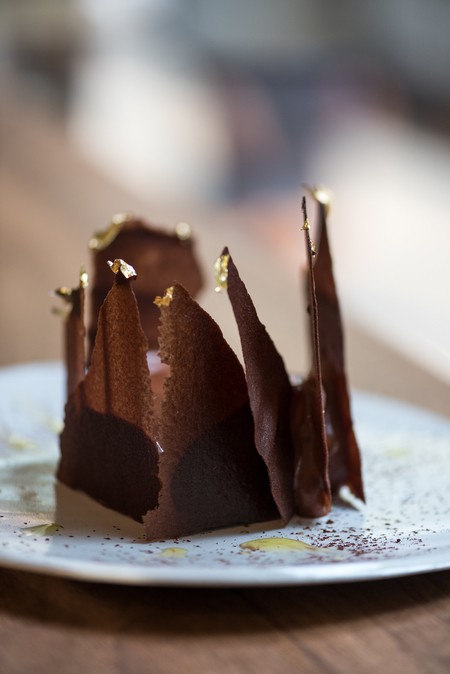 The menu changes often but is consistently small, dotted with only a handful of appetizers, mains and desserts. Small plates include wedges of pink and yellow beets, piped rounds of huckleberry coulis and hazelnuts, and snails hiding among rounds of soft parsley gnocchi. Mains range from seared duck breast to poached red snapper, which are accompanied by a delicate pitcher of beurre blanc or jus to be drizzled tableside. Choose from two desserts: lychee swirled with star anise cream crowning a flaky elderflower biscuit, or dark chocolate ganache cloaking goat’s cheese, speared with chocolate shards. With the menu in mind, Thoni has crafted a cocktail program featuring ingredients often found in the kitchen. Cocktails arrive adorned with slivers of plums or finished off with a swipe of pineapple foam resembling puffy clouds.

Although the food can certainly be classified as French – each dish is beautifully plated and boasts traditional French technique – there’s nothing stuffy or traditionally French about them. And Calstier wants to keep it that way.

“I am trying to take French gastronomy to a new and different level in New York,” he says. “The idea is to make it more affordable and casual than what it is now.”