Though it only occupies a short Manhattan block, New York City’s Koreatown is full of Korean culture and bustling with customers in and out of supermarkets, karaoke bars, cosmetic stores and restaurants; many traveling from distant locations to get a taste of authentic Korean cuisine. We take a look at the best delicious Korean dishes and where to find them in Koreatown. 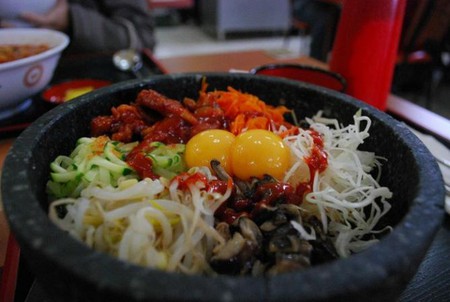 Known for its overall simplicity with a complex assortment of ingredients, bibimbap is a common dish served in a bowl with steamed sticky white rice mixed with vegetables, mushrooms, beef, egg and red chili pepper paste (gochujang), used to add spice and flavor. The convenience of this dish lies in its versatility; you can substitute, remove or add extra ingredients and the taste will remain just as delicious. Bibimbap is considered a healthy dish that can help reduce the risk of obesity due to its low fat content. Since bibimbap is a popular dish that is quick and easy to make. The best bibimbap in K-town can be found at Madangsui, a Korean barbecue restaurant that provides not only a variety of meat dishes but also a vast selection of bibimbap specials on its menu. 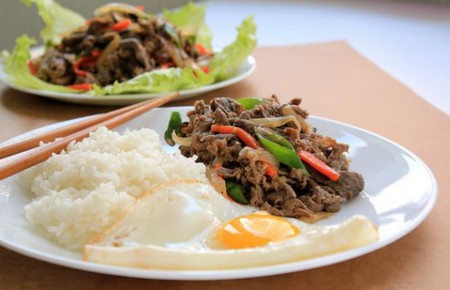 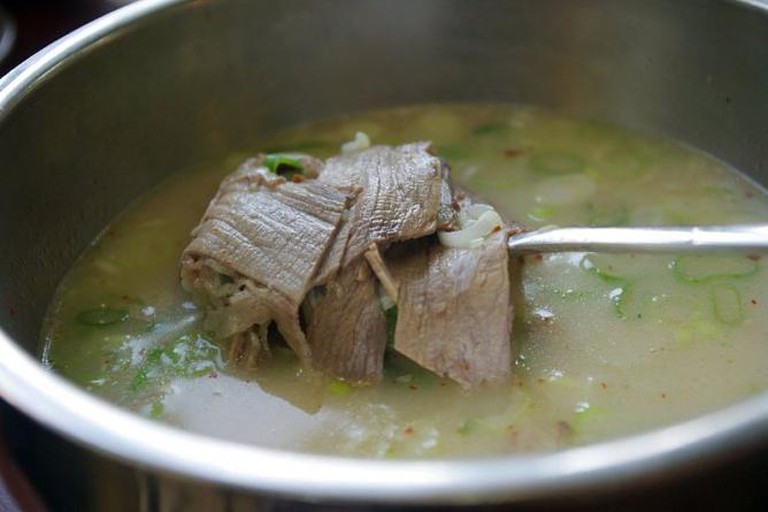 miss KOREA BBQ, New York | © Magnus Manske/Wikicommons
Bulgogi is a pan-fried beef dish marinated with pear juice, red wine, soy sauce, honey, scallions, garlic, sesame oil and black pepper. This dish is usually served with a side of leafy vegetables such as lettuce, sesame leaves or spinach, which is used to wrap a few slices of the bulgogi, and eaten with ssamjang, a commonly used condiment to add spice and flavor to meat, rice and vegetables. Bulgogi was a traditional dish prepared specifically for royalty or the upper classes due to the expense of meat, but today it is a prominent dish available to all. A popular restaurant for bulgogiin NYC’s K-town is Miss Korea BBQ, a Korean restaurant known for its spectacular menu and specials. Not only is this restaurant famous for its special meat selection, but it also is acknowledged for its authentic Korean setting; the interior is decorated with traditional Korean drawings as well as majestic designs.
Open In Google Maps
10 West 32nd Street, Manhattan New York, New York, 10001, USA
+12125944963
Visit Website
Give us feedback 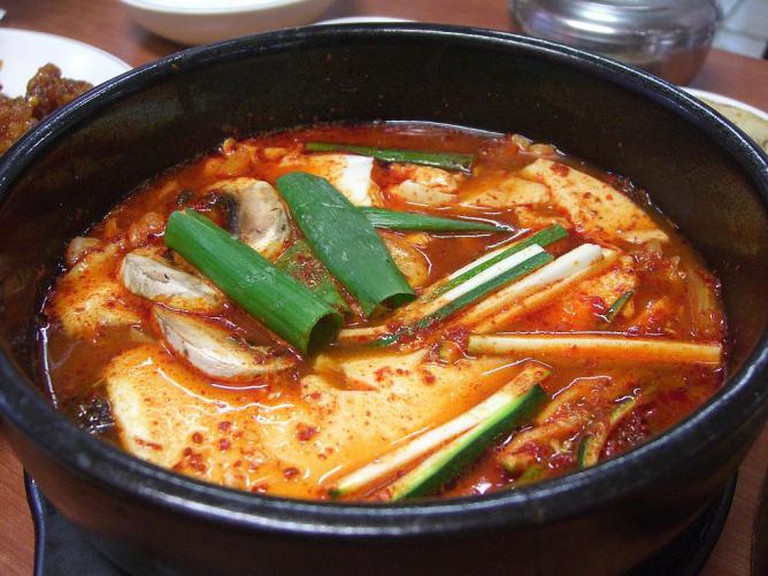 © Isageum/Wikicommons
One of South Korea’s oldest traditional dishes, seolleongtang is a broth made from ox bones, beef, rice and noodles, seasoned with chopped scallion, sesame oil, salt and black pepper. The dish originated from the Joseon Dynasty, a period during which cows were offered as sacrifices to the god of farming in the hope of a good harvest. The sacrificed cows were then made into soup, giving rise to seonnongtang, which today is known as seolleongtang. Although the dish is no longer made specifically for ceremonial offerings, it is a Korean specialty commonly eaten during the winter to provide warmth and nutrition. Since seolleongtang is one of the oldest Korean dishes, it is available in many restaurants that provide traditional Korean cuisine. One of the best places to sample seolleongtang is Gahm Mi Oak, located in New York City’s own Koreatown.
Open In Google Maps
New York City, New York, USA
Give us feedback 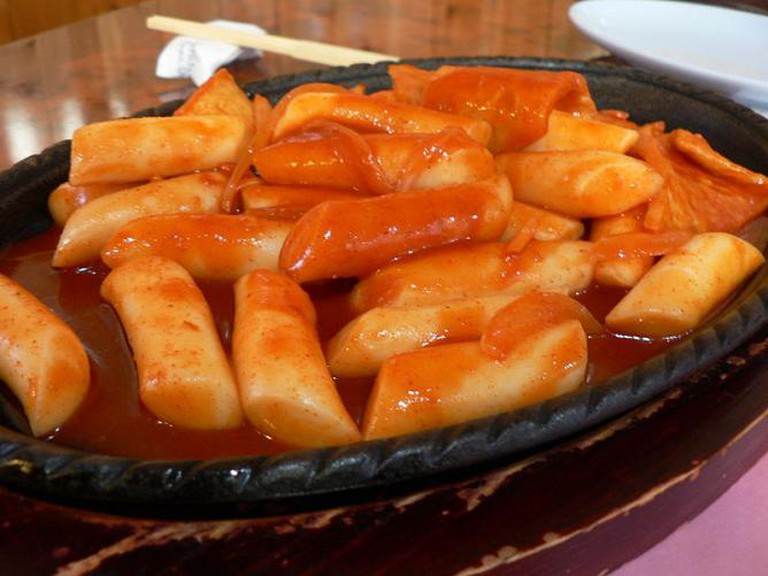 © Isageum/Wikicommons
According to the LA Times in 2008, sundubu jjigae originated in Los Angeles’ Koreatown and became wildly popular throughout the Korean community in Los Angeles until it made its way to South Korea. A dish that consists of tofu, vegetables such as onions and scallions, mushrooms, egg and chili powder (gochugaru) boiled in a hot iron bowl, sundubu jjigae can also be cooked with additional ingredients or substitutions (with the exception of tofu) while preserving the dish’s spiciness. Alternative versions consist of kimchi, seafood or pork and beef. The level of spiciness can also be adjusted to taste. The most popular and renowned place to find this dish is BCD Tofu House, which serves nine different types of sundubu jjigae along with several specialties and combination dishes.
Open In Google Maps
5 West 32nd Street, Manhattan New York, New York, 10001, USA
+12129671900
Visit Website
Give us feedback

Restaurant, Korean, Street Food, $$$
Facebook
Email
Twitter
Pinterest
Copy link
Share
Map View
Once considered a dish fit for Korean royal court, tteukbokkiis now a common snack food easily available in restaurants and on South Korean streets. A sweet and spicy rice cake dish made of chewy cylindrical rice cake pieces (garaetteok) generally stir-fried with gochujang, beef, fish cakes (odeng), green onions, carrots and white onions, this snack can be prepared using different ingredients for each dish. Additional vegetables such as broccoli or green pepper, meats like beef or pork, and noodles can be added. In K-town, tteukbokkiis available as a side dish or main repast in Korean restaurants. It is a firmly popular choice along with ramen when going out for a few drinks in the evening. A favorite late-night restaurant serving tteukbokki is Pocha 32, a casual local gathering place.
Open In Google Maps
2nd floor, 15 West 32nd Street, Manhattan New York, New York, 10001, USA
+12122791876
Visit Website
Give us feedback
Give us feedback