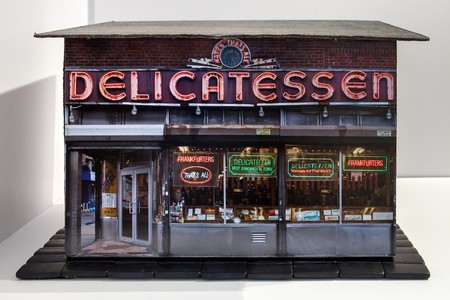 A new public art installation on the Lower East Side will pay tribute to the beloved—and rapidly disappearing—mom-and-pop shops of New York City.

The East Village has been home to husband-and-wife duo Karla and James Murray for the last 25 years and, like most of Manhattan, the neighborhood has transformed drastically over the course of their residency. Most notably, Karla Murray tells Culture Trip, “All of our beloved stores are gone.” 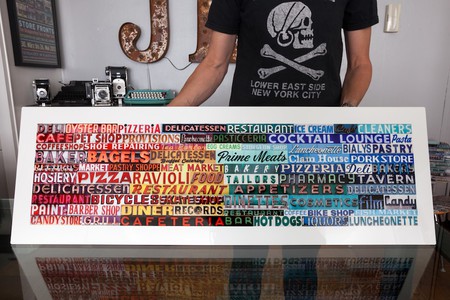 The Murrays are photographers and the co-owners of James and Karla Murray Photography. Together, the couple has photographed New York City’s disappearing storefronts across all five boroughs and published seven books chronicling the city’s diminishing mom-and-pop culture, as well as works of street art and graffiti across New York and Miami.

“We’ve been documenting the disappearing mom-and-pop stores across all five boroughs for over 20 years now,” Karla explains. The Murrays’ long-term photographic project, which serves as the origin of their forthcoming public art installation titled Moms-and-Pops of the LES, began in the city’s outer boroughs.

“We were going to Brooklyn, the Bronx and parts of Queens for a different street project we were working on, and being fans of photography and signage, we were always looking at storefront signs,” Karla says. She recalls stumbling upon a particular candy store in the Bronx, which had vanished by the time they returned to photograph it just two months later. For such a small venture, the candy store had a lasting impact, and the Murrays filled the void its absence left with a new iteration of their photographic initiative. 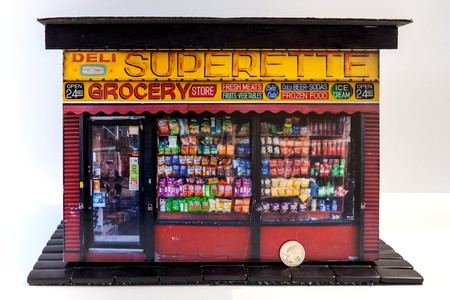 Armed with 35mm film, Karla and James Murray began photographing the mom-and-pop storefronts of New York City, and following the narratives of the families who owned them. “They had such wonderful stories about the joys and struggles of operating their stores,” Karla muses. “Often they were family-run businesses passed down through the generations. We often don’t hear about what goes into running your own business.”

With so many mom-and-pop shops forced to close their doors due to astronomical rent increases over the last decade, the project became what Karla calls “a race against time” to memorialize this vein of the city before it is gone for good. Slated for unveiling at the end of this month, Moms-and-Pops of the LES is the culmination of the Murrays’ two-decade project. 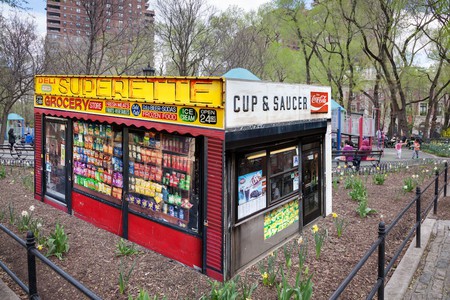 The structure, which will sit in Seward Park on the Lower East Side, is a large-scale wooden installation honoring four local stores that have disappeared from the surrounding neighborhood. First presented as a Kickstarter campaign, Moms-and-Pops of the LES has exceeded its $3,250 goal by nearly $2,000 as of June 4, and the project is designed to stay on site through July 2019.

“When [mom-and-pop shops] disappear, it really impacts the community,” Karla says, “which is defined by these mom-and-pop stores. We wanted to raise awareness of their importance.”

Mom-and-Pops of the LES will feature four nostalgic storefronts: Cup & Saucer, a coffee shop and luncheonette that closed after nearly 70 years of business in 2017; a bodega, whose facade has been inspired by multiple storefronts that closed across the East Village and Lower East Side; a shuttered newsstand that was once off the Bowery in Chinatown; and an “unbranded version” of Katz’s Delicatessen. “There used to be 50 or 60 delicatessens at the turn of the century,” Karla explains, “and Katz’s is the only one left. So it’s a homage to the delicatessens that have closed since the early 1900s.” 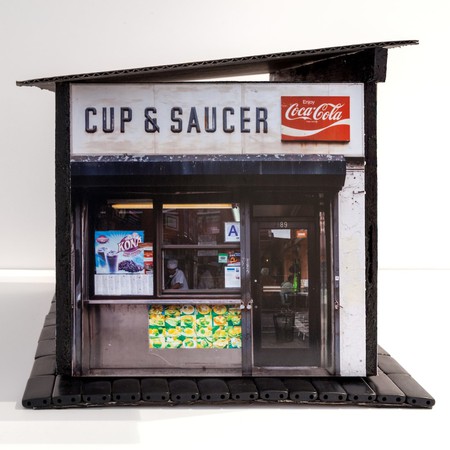 “A lot of these places acted as ad hoc community centers,” Karla mourns. “They were places where you’d go and people would know your name.” The Murrays applaud those who continue to fight against unchecked rent increases in the retail sector, but as Karla notes, political action yields slow change, if any. “Meanwhile,” she says, “stores are closing every single day.”

Mom-and-Pops of the LES will be an artistic intervention aimed at raising awareness of the plight of the family-owned business in the face of big chains and corporations. “They need your business,” Karla urges. “Every customer counts. And that’s the purpose of the exhibition.”

Moms-and-Pops of the LES will be on view from June 2018 through July 2019 in Seward Park, Canal Street and Essex Street, New York, NY 10002. Click here to back the project on Kickstarter.