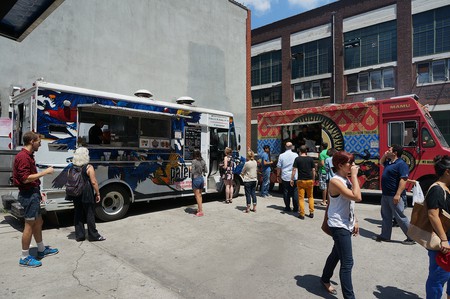 Adding a mobile dimension to New York City’s restaurant landscape, food trucks have transformed the streets into a lunchtime gathering spot, late night hang-out, and weekend hot-spot. Wander the streets to find everything from classic sweet treats to spicy Asian creations; we list some of the best trucks to try. 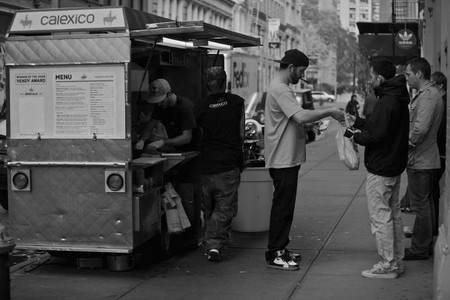 Housed in an iconic tiger-striped truck, Korilla BBQ serves up delicious Korean barbecue throughout Manhattan and Brooklyn. In an effort to bring this delicious cuisine to the masses, founder Edward ‘3D’ Song focused on how to perfect the fast-casual food model by offering affordable dishes, delicious food, and a dynamic experience. They consistently churn out top-notch bulgogi and kimchi fried rice to long lines of lunch patrons and weekend foodies. 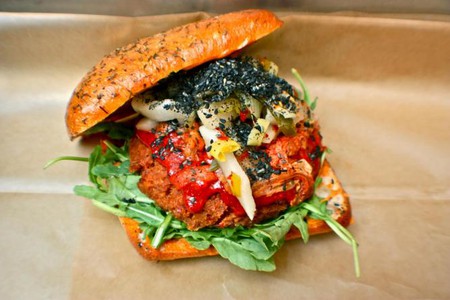 Vegan food truck The Cinnamon Snail transforms perceptions of vegan cuisine with their delectable donuts, flavor-packed sandwiches, and unique breakfast eats. Dedicated to originality, they change their menu seasonally to create inventive foods that showcase a range of international influences from American to Mexican to Asian. Their gouchujang burger and smoked portobello mushroom carpaccio will transform any meat lover into a vegan aficionado and vegetable junkie.

Serving a taste of traditional Mykonos on the streets of New York, Souvlaki GR prides itself on offering a true Greek souvlaki, a mouth-watering sandwich filled with meat, tzatziki, and vegetables that is a street food staple in Greece. Souvlaki GR maintains authentic integrity by serving chicken, beef, or pork in a warm, fluffy pita with their signature creamy tzatziki sauce and only tomatoes, lettuce, and onions. 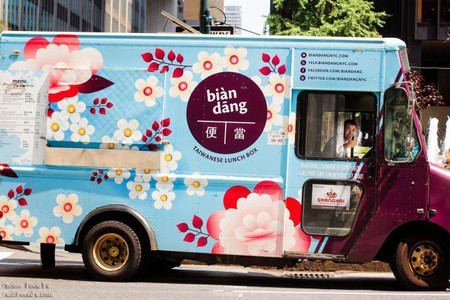 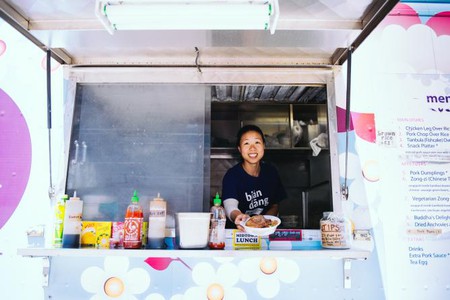 Nick and Franky Karagiorgos opened Uncle Gussy’s six years ago. Situated on the same corner where their uncle, whom the truck is named after, manned a vending cart, this is a true family-owned business. Their mom and aunt source and marinate the meat a day before, which accounts for the extremely flavorful and perfectly seasoned meat platters, souvlaki, and salads. 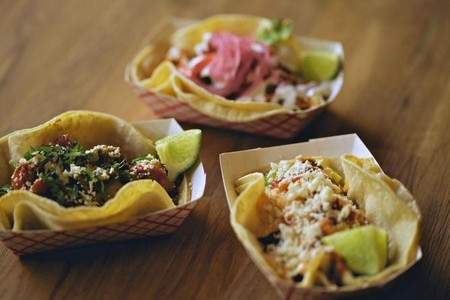 A yearning for hometown cuisine and desire to differentiate the New York City push cart scene inspired the Calexico brothers to start a Mexican vending business before the food truck phenomenon hit. Calexico carts serve small tacos, delicious burritos, and rolled quesadillas that are bursting with fresh flavors. They offer a range of tasty meats like carne asada and pollo tocino as well as vegetarian options. 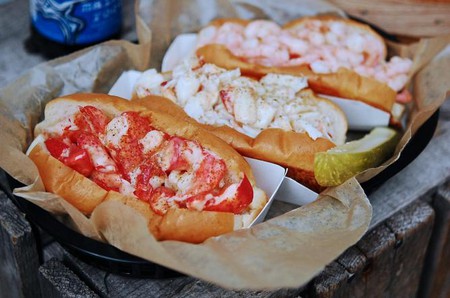 Considered one of the best lobster rolls in New York City, Luke’s Lobster began as a brick and mortar restaurant that quickly expanded to capitalize on the food truck trend. The Nauti Mobile serves a buttery lobster, crab, or shrimp roll with soda, chips, and a pickle. With minimal seasoning these rolls focus on the fresh and delicious seafood from sustainable fisheries in Maine.

Possibly the most notorious food vendors in New York City, The Halal Guys offer some of the best meat platters and gyros in midtown Manhattan. Try succulent chicken and lamb over rice or in a gyro, but make sure to top everything with their infamous white sauce, which has been referred to as liquid gold by Halal lovers. Their popularity and success has even inspired a recently opened brick and mortar location.

Started in 2007, Wafels and Dinges has become a New York staple. Serving traditional light and crispy Brussels waffles and sugary Liège waffles with a smattering of topping choices, known as ‘dinges’, this canary yellow food cart attracts both tourists and locals. Follow @waffletruck for up to date locations.

Artisan ice cream truck Van Leeuwan started in the spring of 2008 and quickly gained a loyal following due to their innovative flavors and locally sourced ingredients. In addition to intriguing options like earl grey tea or ceylon cinnamon, they offer standard choices of mint chip and espresso that are made better by their fresh ingredients, friendly staff, and homey atmosphere. While they now have a permanent location in the East Village, swing by a truck to connect to their roots.