10 Films That Will Make You Reconsider Visiting NYC 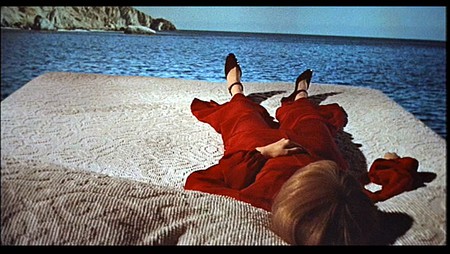 Throughout most of cinema history, New York City has been portrayed in a favorable light. In some cases, the glitz and the glamour is laid on so thick that the final product feels more like a tourism campaign than an movie. However, these ten films provide a different perspective on the Big Apple, proffering nightmarish scenarios from global warming to failed dreams.

Building, Park
Facebook
Email
Twitter
Pinterest
Copy link
Share
Map View
For all its glitz, glamour, and high fashion, New York City has long had a darker reputation as a modern-day Sodom and Gomorrah — so it makes perfect sense that the spawn of Satan would be a born and raised New Yorker. Roman Polanski’s horror classic still works surprisingly well after all these years, with just the right amount of paranoia and spooky shenanigans to keep audiences on their toes. The unsung star of the film is the gorgeous Dakota apartment building on Central Park West, which provides more than its fair share of atmosphere to this brooding gothic tale.

The campy cult classic The Warriors depicts New York City in a state of municipal collapse and on the verge of being overrun by thousands of violent gang members looking to create a unified army that could wrestle control away from the police. As you might expect, things do not go as planned. A gang called ‘The Warriors’ is framed for murdering the ‘mastermind’ behind this brilliant bit of urban planning. A bounty is placed upon their heads, and every gang in town wants to collect. The Warriors are forced to battle their way home block by block, from the upper reaches of the Bronx back to their home turf in Coney Island. Mayhem, baseball bats, quasi Kung Fu, anarchy, and roller-skating ensue, all without a single pedestrian on the street to witness the carnage.

It’s rare that a Martin Scorsese film release falls between the cracks of the public’s consciousness, but somehow, this edgy, mid-eighties comedy gem did. After Hours captures a pitch perfect SoHo at a time before the neighborhood transformed into an epicenter for art mavens, fashionistas, and other fabulous people. After Hours is a dystopian retelling of Alice in Wonderland; an Upper East Side yuppie, via a chance encounter with a mysterious woman, is led into the unfamiliar late-night world of downtown Manhattan. The protagonist is then put through the ringer via a series of events and mishaps with a coterie of artists, punk rockers, bartenders, robbers, community activists, and crazed vigilantes.

In his classic song ‘New York, New York,’ Frank Sinatra belts out the lyric, ‘If I can make it there, I can make it anywhere’ — which then begs the question, what if you don’t actually make it there? The answer might be that you’ll end up like Joe Buck or Ratso Rizzo from the film Midnight Cowboy. This 1969 picture soberly chronicles the harsh realities for those whose dreams have hit a brick wall. A crowded Times Square has never seemed lonelier than in this classic film. 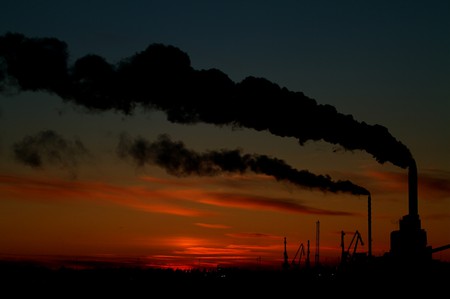 The year is 2022, the place is New York, and the rest of the world is in dire straits. The human population has exploded, and the oceans, the forests, and the atmosphere have been ruined by pollution and neglect. Global warming has raised the water levels, and global temperatures are now a constant tropical. Anarchy, violence, and unemployment are out of control, and food is hard to come by. In 1973, Soylent Green was released to laughter and critical disbelief, and was deemed silly sci-fi; nowadays, it’s starting to feel relevant once more. 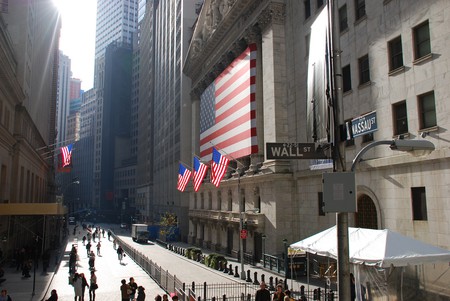 With Wall Street, Oliver Stone cinematic mission was to bring about moral outrage at the out-of-control behavior of banks and brokerage houses along this famous New York City street. In a pivotal scene halfway through the film, Wall Street‘s main character, Gordon Gekko – a morally bankrupt, uber-slimy hedge fund manager – gives a screed on how the world of finance and America should work, known around the world as the ‘Greed is Good’ speech. Stone’s intent was to show Gekko as nothing more than a materialistic, self-serving opportunist, but along the way, something got lost in translation, as it quickly became a battle cry for new generations of real-life New York City Gekkos.

Taxi Driver is quite possibly the scuzziest, grittiest, and yet the most powerful portrayal of New York City ever put to film. Travis Bickle, played incredibly by Robert DeNiro, is the film’s troubled, flawed, and mentally unstable protagonist who serves as our tour guide to a city that has somehow lost its collective soul but desperately wants it back. Martin Scorsese has captured New York City at its most vulnerable. Through the proceedings we discover that Bickel is attracted to what also repulses him, which begs the question: is it okay to do the right thing for all the wrong reasons?

New York can be an angry and didactic city; a place full of gas bags, know-it-alls, and I-told-you-so’s. Just ask any cab driver or bartender – New Yorkers can be full of unwanted opinions and vitriol. This 1976 film captures all the city’s intellectual hubris, chest thumping, and grandstanding on parade. Nobody appears to have a conversation in the film; everyone just yells at one another. Network was written by Paddy Chayesky and is considered by many to be one of film’s best screenplays, with enough meaty, rapid-fire dialogue and soliloquies for 20 movies.

If there is one thing this city loves, it’s gossip. We love to hear whispers about our politicians, star athletes, celebrities, and all around bad boys, and then we like to build them up, knock ’em down, pick them up, dust them off, and repeat. This 1957 classic depicts the city’s vicious gossip world that has enough vitriol and venom to sting you and slap you across the face. Burt Lancaster had the role of a lifetime as J.J. Hunsecker, loosely based on gossip columnist extraordinaire Walter Winchell.

The Taking of Pelham One Two Three

Ever been stuck on the subway during rush hour? Smushed into a crowded train car replete with poor air circulation and short-tempered passengers? If you have, then you might sympathize with anyone held hostage at gunpoint for a king’s ransom by a group of demented robbers. This classic New York film from 1974 captures a city falling apart at the seams. NYC’s infamous fiscal crisis was at critical mass when this film was produced, and that fact seeps into every frame on the screen.