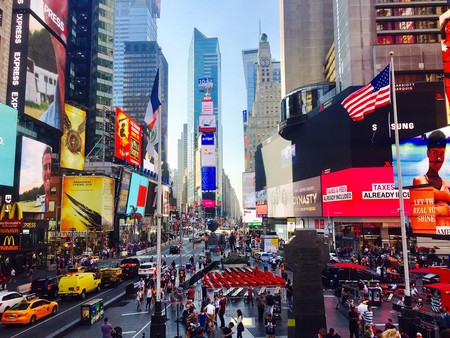 Times Square us in the heart of Midtown. | © Pixabay

Midtown can be one of the most frustrating New York City neighborhoods to visit or work in, but that’s because it’s one of the most popular areas for the biggest companies and tourists.

Ask any New Yorker for their thoughts on Midtown, and they’ll likely tell you they avoid it. Why? Because Midtown is so busy. Millions of people visit the neighborhood every day; tourists flock to Times Square, Rockefeller Center, and the Empire State Building, utilizing major transport hubs like Grand Central Station and Port Authority Bus Terminal.

But so do employees of some of the largest companies in the world. These include media companies like The New York Times, NBC Universal, and Thomson Reuters; financial organizations like Deloitte, JP Morgan Chase, Morgan Stanley, and many more.

The area is already home to a number of tech giants, and it’s constantly attracting new startups. The likes of Bloomberg have been headquartered there for a long time, and massive tech players like IBM have a significant presence in the region. The photo agency Shutterstock is also based nearby.

Among the new startups attracting interest out of Midtown include Latch, a smart access company that secures doors in apartment buildings with wireless technology. The location intelligence firm PlaceIQ, which has raised $52 million in investment to date, is also in the area, as is Grovo, a microlearning solution provider which has attracted $73 million in investment. 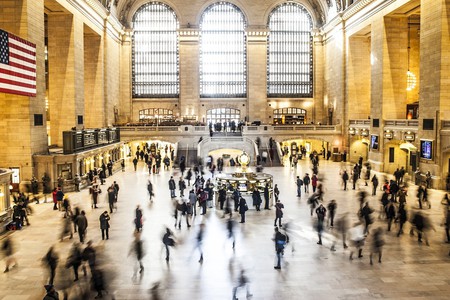 Grand Central Station is one of the transport hubs of Midtown. | © Pixabay

When you’re in Midtown, you’re never far from a co-working space. There are multiple WeWork offices in the neighborhood as well as an Alley Midtown, The Productive, Workville, Grind 39th, and many more.

Midtown is possibly one of the easiest neighborhoods to get to in New York, with every subway line aside from the J,M,Z, and L stopping in the area. Having said that, it may still be a bit of a long journey for those living in the far reaches of Brooklyn.

Midtown can be hectic, especially when the millions of tourists descend upon it in the summer, but that also means there are plenty of restaurants and bars to choose from in the area. While many around Times Square are chain restaurants offering generic food options, those working in the neighborhood know the best spots to avoid tourists. There are also great parks nearby, such as Bryant Park and the hidden urban park (with a waterfall), Greenacre Park on 51st street.

Just the word Midtown is enough to put many New Yorkers off, and real estate in that part of the city isn’t cheap. According to Squarefoot, the average office rental price is $76 per square foot in Midtown, more than the average for all of New York, $72. Despite this, the infrastructure and accessibility make it a great option for a tech startup that is a little further along the line in its growth.