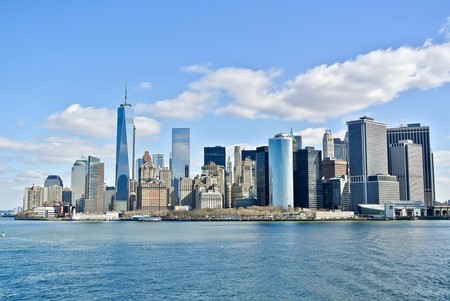 FiDi is a maze of skyscrapers | © Pixabay

The Financial District is one the most hectic neighborhoods in New York. But that also makes it an ideal environment for a technology company or startup to prosper.

The Financial District, home of Wall Street, skyscrapers, suits, and briefcases, is not the first place you’d imagine a plucky startup setting up an office. But the neighborhood is popular not just with the established technology players, it’s also bringing in up-and-coming startups.

The Financial District, often shortened to FiDi, is described by some historians as the birthplace of Manhattan. As far back as the 1700s, day traders would gather in the neighborhood to trade all types of goods, including, we should not forget, human beings as slaves. The trading business of the neighborhood increased dramatically in 1825, when the Erie Canal was opened and New York Harbor became a vital entry way to America.

But in 1835 the area suffered a drastic and devastating setback. A fire began in one of the many warehouses in the neighborhood, and soon spread throughout each building. Ships in the harbor were cut loose with nobody to prevent the fire spreading aboard, and the next day drifted aimlessly next to the smoldering ruin of the mainland.

Utilizing a characteristic that would ultimately define the neighborhood, FiDi was rebuilt. This time with fire-sturdy buildings, banks, storehouses and financial exchanges. The era of the steamboat began, again quickening the pace of economic change. Over the next hundred years, the neighborhood was rebuilt yet again, with ever-improving architecture.

Buildings were built upwards in the 1900s, and the power and might of the financial sector that resided in FiDi was confirmed in 1973, when the World Trade Center complex was completed. The World Trade Center was the tallest building in the world between 1973 and 1975, but would lead a troubled existence with a tragic end. It survived a fire in 1975, and a bombing in 1993, but in 2001 the two towers were destroyed in the 9/11 terrorist attacks. 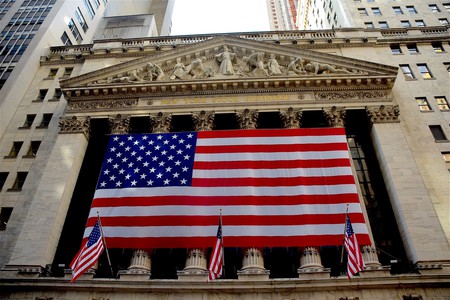 The neighborhood has been through more than its fair share of despair and destruction, but still remains an epicenter of the financial world today. Since the 1970s, FiDi has evolved from being a purely commercial space to a residential hub. In the ‘70s it was thought that the area was home to no more than 700 people. Figures quoted by CNBC from 2018 show that there are now around 61,000 residents.

The technology industry has recently been drawn to the cheaper rents to be found in FiDi, in comparison to more traditional tech neighborhoods like the Flatiron District, Soho, and Chelsea. Tech companies based in FiDi include the likes of Stack Overflow, Hive, X.ai, and Business Insider.

There are also a large number of coworking spaces in the neighborhood, including several WeWork offices, LMHQ, and Primary. The area is also a massive transportation hub, with trains from all areas of Manhattan converging and easy access via ferry, as well.

New York’s roots in finance run deep, and subsequently FiDi will always be a special place in the city. As more financial tech startups emerge, the tech industry’s place in the neighborhood will only become stronger and more influential.