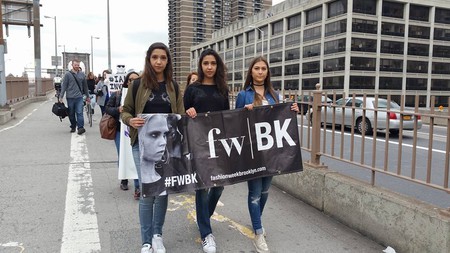 Wearing tight jeans does not equal consent. But, just under 20 years ago, the high courts in Italy disagreed, citing the “denim defense” as their reason for overturning a rape conviction.

In February 1999, the Italian Supreme Court ruled that, if a woman is wearing tight jeans, she cannot be raped. In what is now known as the “denim defense,” Italian lawmakers suggested that jeans, especially tight jeans, cannot be removed without the wearer’s help—and this, to them, was evidence of consent.

“It is common knowledge… that jeans cannot even be partly removed without the effective help of the person wearing them… and it is impossible if the victim is struggling with all her might,” the Italian high court stated. 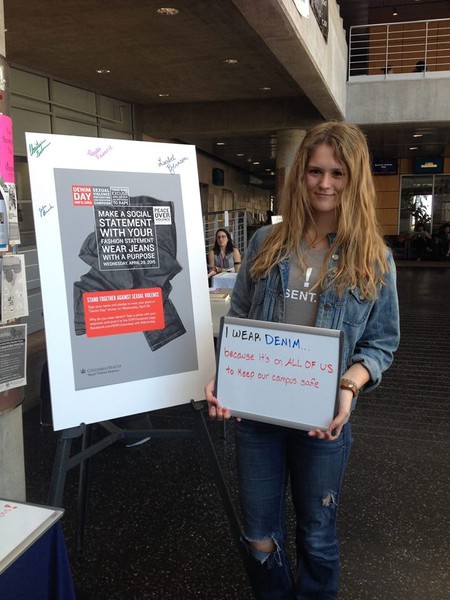 According to a Denim Day NYC representative, after the 1999 ruling “people all over the world [began to wear] jeans as an international symbol of protest against erroneous and destructive attitudes and myths surrounding sexual assault.” Peace Over Violence, a nonprofit organization in Los Angeles, led by Patti Giggans, organized the country’s first Denim Day event in April 1999. 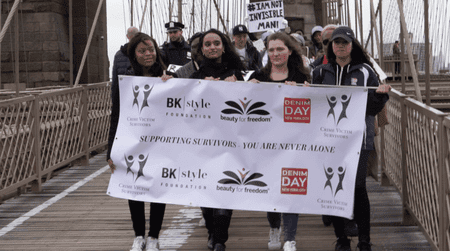 In conjunction with the Mayor’s Office to Combat Domestic Violence, the Violence Intervention Program, Sanctuary for Families, Bronx Family Justice Center, and the NYC Alliance Against Sexual Assault, a Denim Day for New York City was introduced in 2010.

For almost a decade, Denim Day NYC has hosted a rally and press conference every April to unite New Yorkers around the issue of sexual assault and show solidarity with survivors. Comprised of a coalition of survivors, advocates, community organizations, city council members, and city agencies, the organization works year-round to educate people about sexual violence.

The 1999 case raised issues about consent, a topic that is just as salient today, with the #MeToo movement sweeping both social media and society as a whole.

What the #MeToo movement has brought to the fore is the fact that consent translates as a woman having the right to say no at any time during a sexual encounter. However, it is still a thorny issue, and as a viral BuzzFeed video pointed out, men and women have different ideas about what exactly constitutes consent. Although the issue might not be resolved immediately, at least a dialogue has been started. And that is something incredibly powerful.

All too prevalent is the notion that sexual assault survivors should be silenced, and made to feel invisible. As a response to this, the 2017 Denim Day NYC slogan was “I am not invisible.” 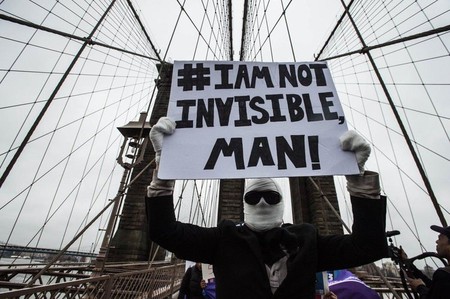 From greasers to 1950s feminists, wearing blue jeans has always been a symbol of American rebellion and resistance. Now you can wear blue jeans not just as a fashion statement, but as a statement of social justice. 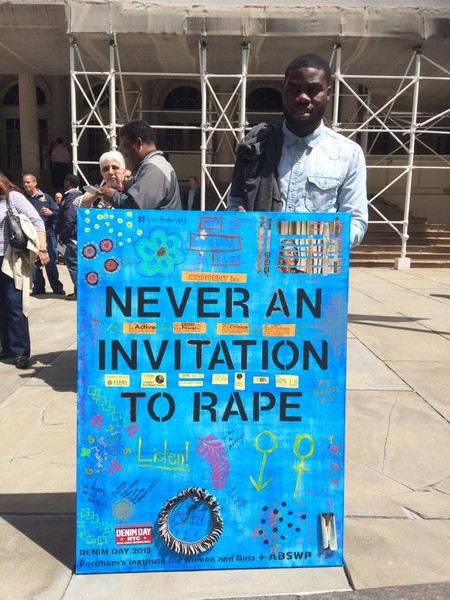 The Denim Day NYC will be held on the last Wednesday in April, Sexual Assault Awareness Month. However, you can volunteer to help the cause and join the Denim Day Movement by reaching out at info@denimdaynyc.org. Tickets are also available to a February 9, 2018 fundraiser.