For all the literature lovers out there, these are the seven bars to visit in New York so you can drink the same beer as Hunter S. Thompson or sit in Dorothy Parker’s favorite booth. 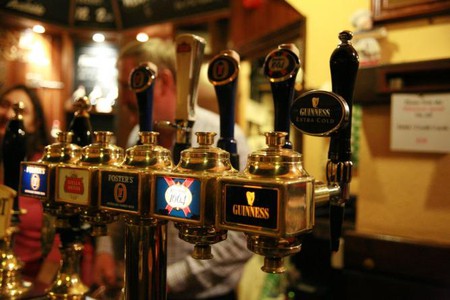 The Round Table Room is the restaurant where the famed group of writers, critics, and actors known as the ‘Algonquin Round Table’ congregated for long lunches filled with brainstorming, boozing, and industry gossip, and The Blue Bar is the adjacent bar at The Algonquin Hotel. Charter members of the Round Table include literary legends Dorothy Parker, Heywood Broun, Ruth Hale, Franklin Pierce Adams, George S. Kaufman, and more. The group would often expand to welcome Harpo Marx, Margaret Leech, Frank Sullivan, and Donald Ogden Stewart, among others. Stop in for a drink and soak up the creative energies still floating around this gorgeous space. 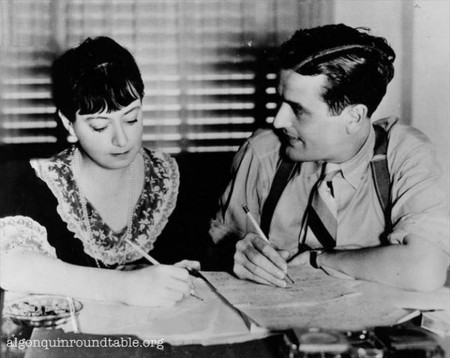 Bar, American, Pub Grub
Facebook
Email
Twitter
Pinterest
Copy link
Share
Kettle of Fish has moved around during its lifetime, and while today it’s a Green Bay Packers watering hole for football fans, it has quite the literary background, too. The great writers of the Beat Generation, including Allen Ginsburg, Jack Kerouac, and Bob Dylan frequented this joint. Don’t forget to do your best Kerouac pose in front of the neon red BAR sign in the back—if you need inspiration, the original photo is on the Kettle of Fish website.

Looking for a tall glass of dark beer, raw onions, and a seat that E.E. Cummings once occupied? Look no farther than McSorley’s Old Ale House, an East Village institution. The historic bar (which only started serving ladies in 1970) is the subject of a 1923 E.E. Cummings poem, and Hunter S. Thompson, Joseph Mitchell, and other illustrious writers were also regulars. Fun extra fact: Abraham Lincoln, Ulysses S. Grant, and Teddy Roosevelt also visited McSorley’s in their day. The best present-day part? Two-for-one mugs of crisp, cold, cheap beer. Your options are light or dark, so leave the fuss at home. 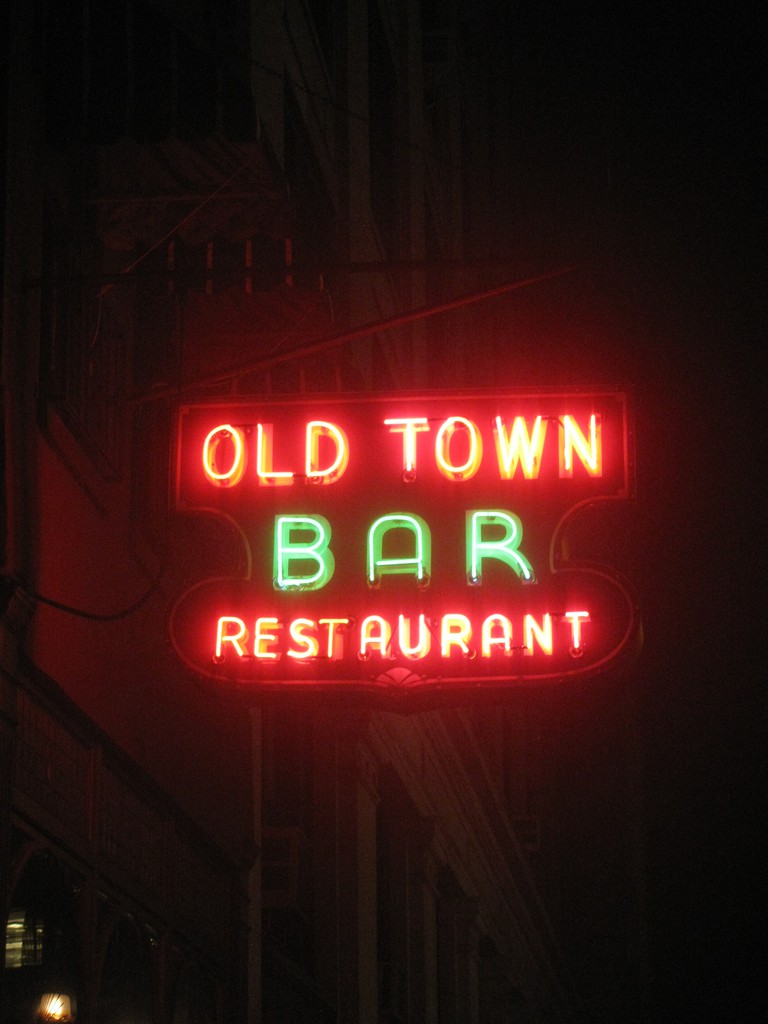 Old Town Bar and Restaurant | © Eden, Janine and Jim/Flickr
Be sure to stop by the Old Town Bar in the Flatiron District for a drink and a taste of history. As the name suggests, it’s one of the oldest bars in New York City—it opened its doors all the way back in 1892. It managed to retain its original charm, as most of the décor and furnishings are from the bar’s early days (including the oldest working dumbwaiters in New York). Old Town has appeared in movies such as Bullets Over Broadway(1994) and The Last Days of Disco (1998), and literary patrons of the past and present include Frank McCourt, Nick Hornby, Nuala O’Faolain, Seamus Heaney, Billy Collins, Christopher Hitchens, and many more. History buffs should get this one on the list immediately.

The White Horse Tavern in the West Village is one of the few gathering spots of creative types in the 1950s and 1960s that remains open today. Dylan Thomas was a patron of the White Horse (and in fact, imbibed heavily there before he returned to the Chelsea Hotel, got ill, and passed away a few days later of unrelated causes). Jack Kerouac was also a regular, and other literary guests included James Baldwin, Mary Travers, Norman Mailer, Hunter S. Thompson, and Jane Jacobs. The bar is still cash only, but with drinks as cheap as they are, you probably won’t need too many bills.

Bar, Pub Grub, American
Facebook
Email
Twitter
Pinterest
Copy link
Share
This bar may be Russian-themed, but don’t worry, you’re still in New York’s East Village. At the KGB Bar, patrons can enjoy live readings of poetry and fiction writing nearly any night of the week (and admission is free). Founder and President Denis Woychuk is an author himself and opened the bar in 1993. Past appearing authors (who read pro bono) include Jack Womack, Frank Browning, Jonathan Lethem, Rick Moody, and Mary Gaitskill—and more are reading any night you choose to stop by. So stop by. You won’t be sorry.

Restaurant, American, 0
Facebook
Email
Twitter
Pinterest
Copy link
Share
Sardi’s has been a theater district go-to for the show biz crowd since time immemorial (or since 1927). Celebrity caricatures cover the walls at this classic establishment, and those same celebs—and more—are liable to be found at the bar or crowding around a table for a snack. But did you know that Heywood Broun (also an Algonquin Round Table standby), journalists Ward Morehouse and Walter Winchell, plus numerous Broadway writers also congregated at Sardi’s regularly? Come by to dine, drink, or gawk at the displayed ‘art’ — you might even catch one of your idols doing the same.
Give us feedback