From architectural and furniture design to the development of new technological products, New York City has historically been at the forefront of contemporary design. The following designers, studios and firms all illustrate the city’s forward-thinking, creative attitude, which lies at the origin of innovative products such as functional yet finely crafted lighting fixtures, a solar-powered mobile-charging station and a jukebox updated for 21st century use. 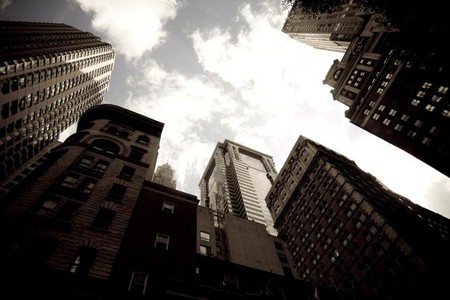 FTF Design Studio is a joint venture by a husband-and-wife team: West Chin is the in-house architect, while Roseann Repetti is the interior designer. The company was launched in 2006 and produces a modern and elegant range of furniture and accessories. Chin, whose architectural background includes designing the chic former Whym restaurant in New York City, brings style and functionality to FTF Design products, while Repetti’s 17-year fashion career imbues their designs with beauty and sophistication. FTF Design have been featured in publications such as Harper’s Bazaar, Elle Décor, and Vogue, and in 2012 New York Magazine listed the company as one of the city’s top 100 architects and decorators. One of FTF’s most recent designs, the CU table, perfectly illustrates their design ethic. Made from high quality corian, the curved accent table is both elegant yet simple, sleek and timeless. 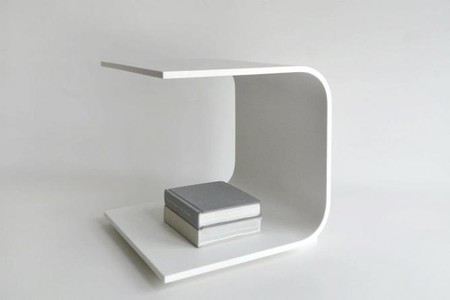 Established in 2010, Breakfast is a Brooklyn-based outfit that sits comfortably somewhere between interactive ad agency and digital product design company. Co-founders Andrew Zolty, Mattias Gunneras and Michael Lipton create innovative digital products that harness the power of web technology. The great success they encountered within their first year led to their ingenious designs catching the attention of Adweek, who recognised them as one of ‘insurgent’ companies reshaping the industry. Later, in 2011, Mashable listed Breakfast as one of its top five innovative digital marketing agencies. Breakfast’s most creative designs include Instaprint, a location-based photo booth that sources hash-tagged images on Instagram and imprints them Polaroid-style on prints that can be branded for company events, and Points, a digital directional signpost. 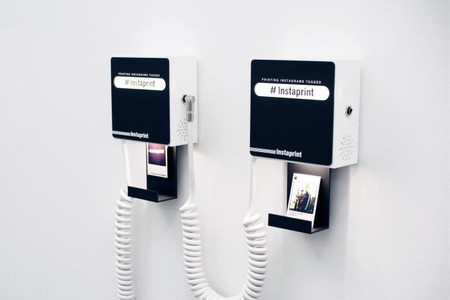 Overseen by founder and president Eric Chan, who has 25 years of experience in product design, alongside Silas Warren, director of innovation and graduate of the prestigious Pratt Institute, ECCO Design is a multinational team of designers, researchers and engineers headquartered in New York City. ECCO, which has been the recipient of many esteemed awards including the Red Dot Design Award and Chicago Athenaeum Good Design Award, incorporates technology and functionality while providing an enjoyable user experience. One of ECCO’s most recent products includes the Skiff EReader, a touchscreen news-reading device, and the thinnest e-reader to date weighing just over one pound. Another innovative product, the Ribbon Lamp design created for Hong Kong-based Top Brilliant Technology Ltd, offers a revolutionary and versatile approach to task lighting with changeable ambient lighting.

Ghiora Aharoni Design Studio, established in 2004, is the brainchild and namesake of company principal Ghiora Aharoni, an accomplished architectural designer whose projects include a West Village duplex penthouse and a residence in The Police Building, the Beaux-Arts landmark in SoHo. Aharoni is also an artist whose work has been exhibited in New York and Mumbai. His interdisciplinary approach to architecture and art brings a mix of craftsmanship and technology to his designs, which often combine both natural and industrial materials. Among Aharoni’s stunning designs are the Hyper-Cube—a steel-frame envelope surrounding a walnut cube dissected into drawers—a merging of a conceptual object with utilitarian furniture, inspired by the geometric model of the fourth dimension; and, the Morton Square Dining Table, a drop leaf table made with 250 year-old American black walnut. 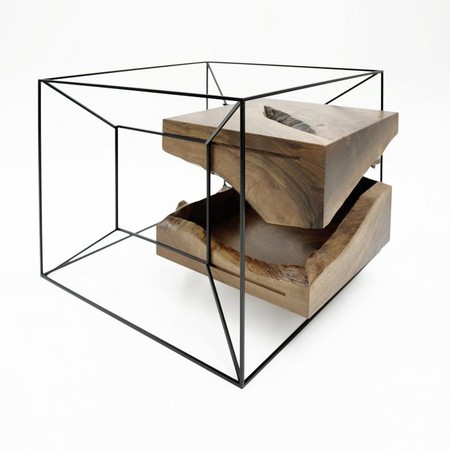 Based in Brooklyn, Pensa is a design and invention firm founded in 2005 by Marco Perry and Kathy Larchian that, in 2013, was awarded the Made in Brooklyn Award in Design by the Brooklyn Chamber of Commerce – a ceremony that recognises exemplary business located in Brooklyn. Pensa’s dedicated approach to design has resulted in the creation of incredibly original products, such as the ethereal Light Reeds – an urban waterfront light installation of luminescent rods that are powered by hydrokinetic turbines. Pensa has achieved recent success with Street Charge, a product made in partnership with Goal Zero and AT&T, which is the first solar-powered, drop-in mobile device charging station. An elegant design that harnesses the power of the sun, the Street Charge pilot programme is currently taking place throughout New York City. 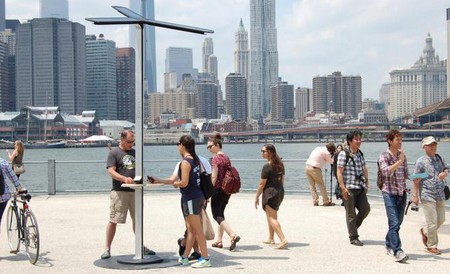 Founded in 2009, Vim & Vigor is a multidisciplinary design company that seeks to create beautiful and creative, yet entirely functional products that establish an emotional connection between product and user. At the helm of Vim & Vigor are founders Irina Kozlovskaya and Aaron Tsui who met at the Rhode Island School of Design while studying industrial design. They oversee a talented multinational team, whose client list already boasts big names such as Barnes and Noble, Vera Wang and Wedgwood. The studio practices a diverse range of product design with creations including the 120˚ Snowboarding Lock, a security measure for snowboards, and Jukey, a 21st century jukebox that hopes to reintroduce listening to music as a shared, social experience. Targeted at a young demographic, the innovative design sources the most frequently played and favourite music tracks on devices connected to its network, ensuring a soundtrack suited to everyone’s tastes.

A young design company formed by metal fabricator Christopher Williams, industrial designer Charles Constantine and architect Drew Seskunas, The Principals has garnered international attention since its launch, with products featured in French cultural magazine Les Inrockuptibles and Lebanese design and fashion publication A Magazine. In spring of 2013, The Principals worked with client Billy Reid, a New York-based fashion designer, to produce Bare Bones, a beautifully styled reimagining of the classic domino game, cast from concrete and handmade in The Principals’ Brooklyn studio. The Principals are also behind the KARA Display System, a modular steel display made for fashion accessory label KARA, and Wave Dilfert, an art installation constructed of multi-coloured panels fitted with light sensors that react to people walking through its tunnel-like structure. 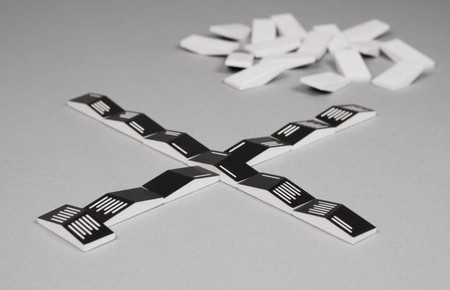 ‘Where clean minimal design meets duct-tape survivalism’ – that is how owners Dan Anderson and Chris Held describe Von Tundra, a design studio and creative collaboration with their group of talented friends and colleagues. Working across a wide-ranging spectrum of disciplines including furniture and interiors designs, branding and identity and conceptual art, Von Tundra hopes to challenge orthodox concepts of function and form, producing creations that are both modern and rustic, sleek yet warm. Von Tundra recently produced the Lounge Table, a beautiful piece handcrafted from white ash available in two finishes – grey glass with a marble laminate insert and skyscraper glass with a mirror insert. The company’s product range also includes 99, a multi-use wardrobe created in partnership with designer Lydia Cambron, and Young Americans, a furniture collection based around a wire-frame base that when decorated can be transformed into multiple objects including a lamp, stool and table. 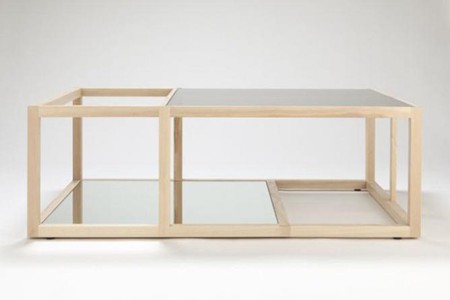 A longstanding New York design firm, Harry Allen Design was established back in 1993 by founder and president Harry Allen. Working in industrial, interior and graphic design alongside identity development, Allen strives to create products that are both beautiful and practical. In his 20-year career, Allen has received many awards including the Brooklyn Museum of Art’s Young Designer Award and two IDEA Awards from the Industrial Design Society of America. Harry Allen Design products include the C’Mere Hand Hook, a humorous life-size hook in resin and marble made from a cast of the designer’s very own hand. Available in white and gold, the hook features a gesturing, ‘come-hither’ finger perfect for hanging coats and keys on. Allen also recently designed two elegant chrome table lamps – the Esme and the Tybault – for Swarovski, which were debuted at the 2013 Euroluce International Lighting Exhibition in Milan. 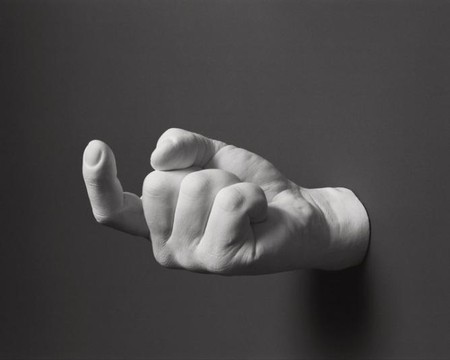 Nosanchuk is a design firm established by company president and namesake David Nosanchuk, an accomplished American designer who works with residential spaces and the design of interiors, lighting, furniture and rugs to create truly connected spaces. Nosanchuk’s popular N1R series of lighting fixtures includes the N1R Table Lamp. This eye-catching, modern design is made from two-dimensional laser-cut pieces of powder-coated aluminium, which are put together to make a three-dimensional, intricate and labyrinthine lighting centrepiece. The lamp has caught the attention of publications such as the New York Times and interior design magazine Dwell and was recently included in a permanent exhibition at the Cranbrook Academy of Art and Museum in Bloomfield, Michigan – David Nosanchuk’s college preparatory school. 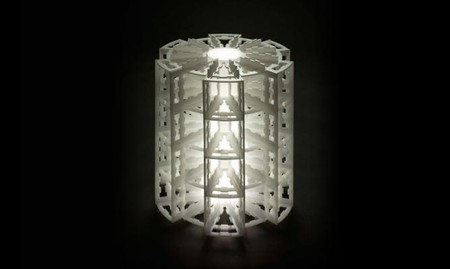