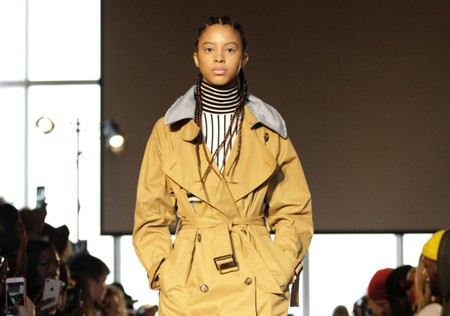 In mid-July, Brooklyn native designer Romeo Hunte, known for dressing Beyoncé and Zendaya, will be holding his first men’s solo show at an undisclosed New York location. As the label grows, will Romeo Hunte continue to deliver transitional outerwear that’s statement-making on its own? 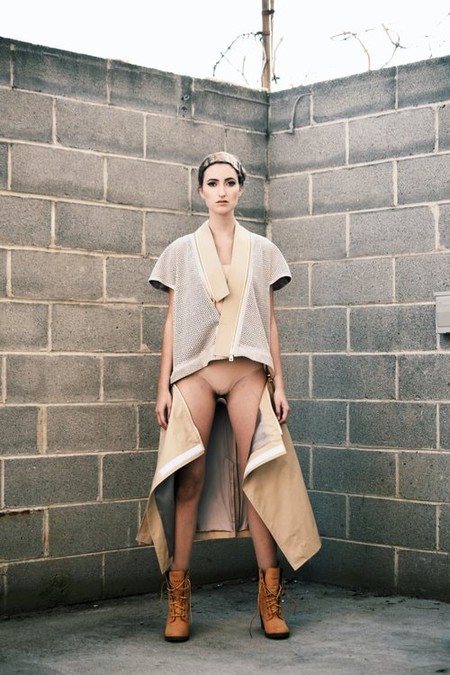 “Always believe in yourself and keep on pushing,” said Hunte, a graduate of elite New York fashion school, Fashion Institute of Technology in an interview with Teen Vogue.“It’s a tough industry, you just have to keep on going—you never know what’s around the corner.” In a celebrity-driven culture, when a star like Beyoncé wears your custom design, your fashion career often explodes. 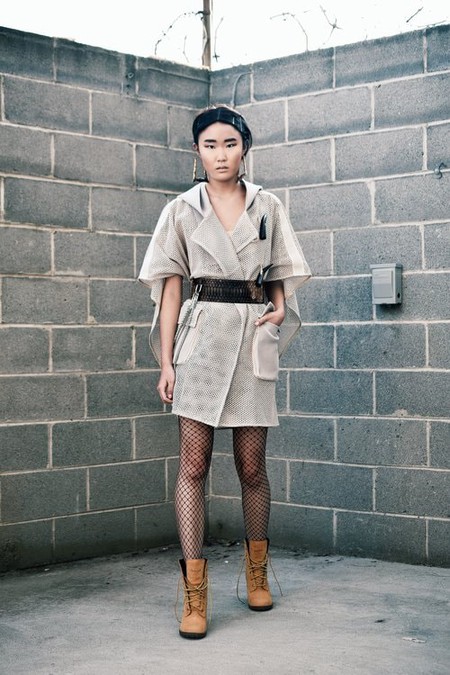 This is exactly what happened to Hunte circa 2014, when the young designer started lending clothes to New York stylists. Beyoncé, Zendaya, Winnie Harlow, Lupita Nyong’o, and Laverne Cox are just some of the celebrities to have stepped out in Romeo Hunte, putting the label on the map. But celebrity endorsement isn’t enough to sustain longevity for a New York fashion label. Persistence and the ability to pivot with cultural zeitgeist is requisite to a young label’s endurance.

Yeezy by Kanye West is a clear influence for Hunte, evident in his SS18 collection featuring flesh-toned bodysuits paired with an athletic shoe like a boot by Timberland, a brand Hunte frequently collaborates with. Virgil Abloh, of Off-White, and now Louis Vuitton also provide inspiration. Off-White and Yeezy have found commercial success by blending elements of streetwear and couture, a trend epitomized in the Gucci-Dapper Dan collaboration. 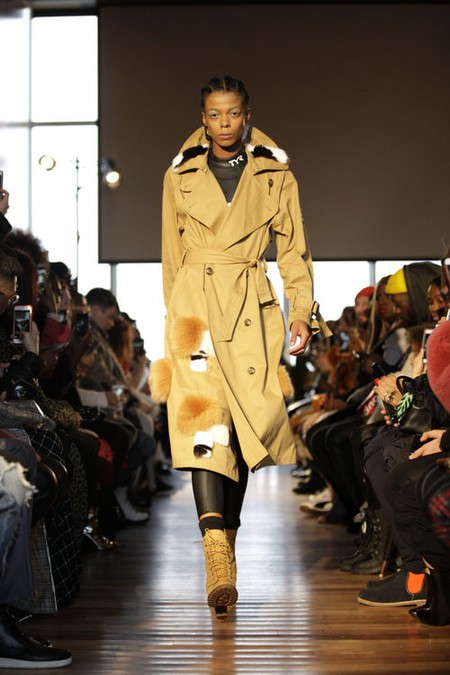 This is Romeo Hunte’s oeuvre, and the young designer, who broke into the industry with an internship at Vibe, is prepared to deliver.

The launch of a menswear line for FW19 signals that Romeo Hunte is a brand to watch for statement outerwear that blends athleisure and luxury. “Outerwear is Romeo Hunte’s bread and butter,” notes WWD, in a 2018 runway review. “From clear PVC and denim jackets to fur patched trenches and long puffers with zip-off elements, it also remained the strongest part of the collection,” they write. 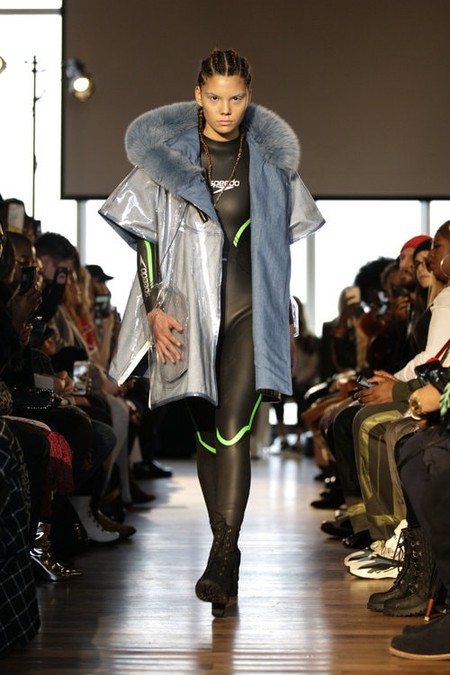 Expect to see more of these statement-making transitional pieces for FW19, like the camouflage poncho the designer debuted by wearing it himself this spring at Coachella. Outerwear is priced anywhere from $800 to $1,500 with T-shirts and the ubiquitous dad hat—Romeo Hunte does a denim version with an embossed varsity letter ‘H’—falling in at under $200.

In the past, the designer has presented menswear and womenswear together in one show. Now it seems that they will be shown as two distinct collections. Separate shows don’t necessarily mean a departure from a unisex aesthetic for the brand, however; past womenswear collaborations with Speedo, Tyr, and Timberland offer luxe athleisure for the bombshell adventurer, and it’s hard to imagine Romeo Hunte going in a different direction. And separate menswear and womenswear lines could indicate continued growth for this label.