Courtesy of Nikolas Gregory
Jewelry is a timeless gift. Custom jewelry is even better; but perhaps a gift can be too customized. New York-based designer Nikolas Gregory redefines the bespoke trend with The Ripley – an edible jewelry kit by which users eat and excrete a one-of-a-kind ring.

The Ripley is a one-stop shop for ultra-customized jewelry. Complete with a bejeweled ring, edible abrasives, food coloring and polish, the user eats each respective component and lets their digestive tract design the finished product. Not to worry, “all the materials in the kit are organic and can be digested by the body,” according to Gregory’s website. 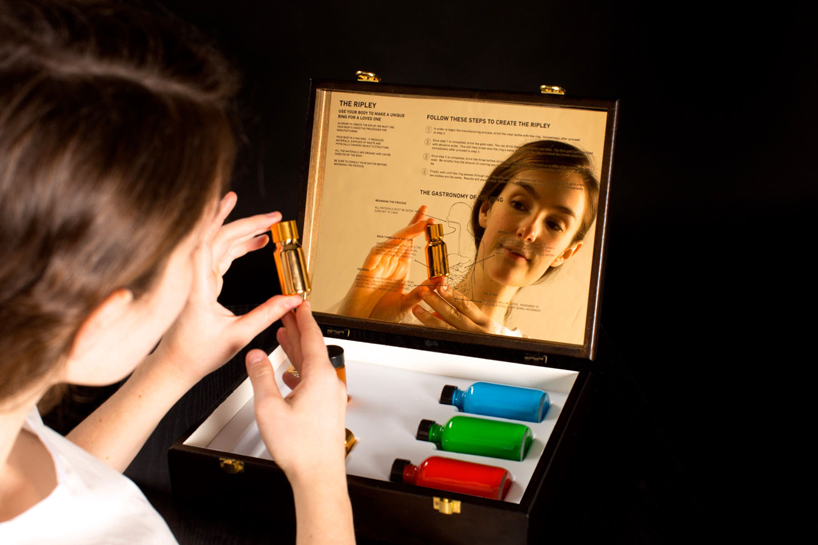 All images courtesy of Nikolas Gregory

Step one: “The ingested acidic juices and the hydrochloric acid found in the stomach will begin to break down the top layer of the ring. This will expose the clear jewels underneath for coloring.”

Step two: “Once the materials pass into the ilium, the acids will have been neutralized and the ring will begin its tumbling process.”

Step three: “Once the ring has been polished, the fecal matter will begin to harden, the dyes will color the jewels on the ring’s surface. Colors can vary tremendously.” 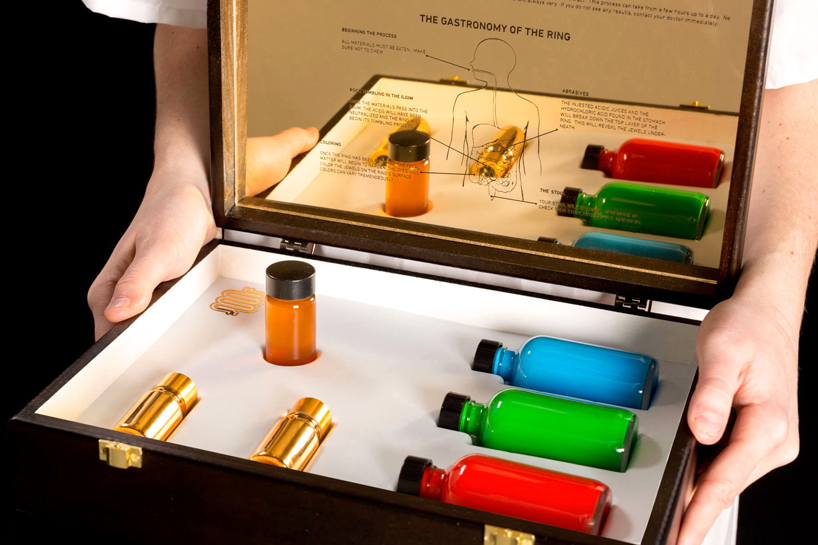 Named after the carnivorous alien who rips through human bodies in Stephen King’s Dreamcatcher (2001), The Ripley is a “speculative” design project intended to provoke disgust, followed by contemplation. “I was looking at generic jewelry and thought there must be a different way to produce something similar using natural processes,” Gregory tells Culture Trip.

In theory, the user’s organic processes would create a custom piece of jewelry through digestion, rendering the human body a machine like any other. In reality, The Ripley is a prototype that has never been tried or tested. Rather, it’s symbolic of the harmful direction in which Gregory fears the world is headed. 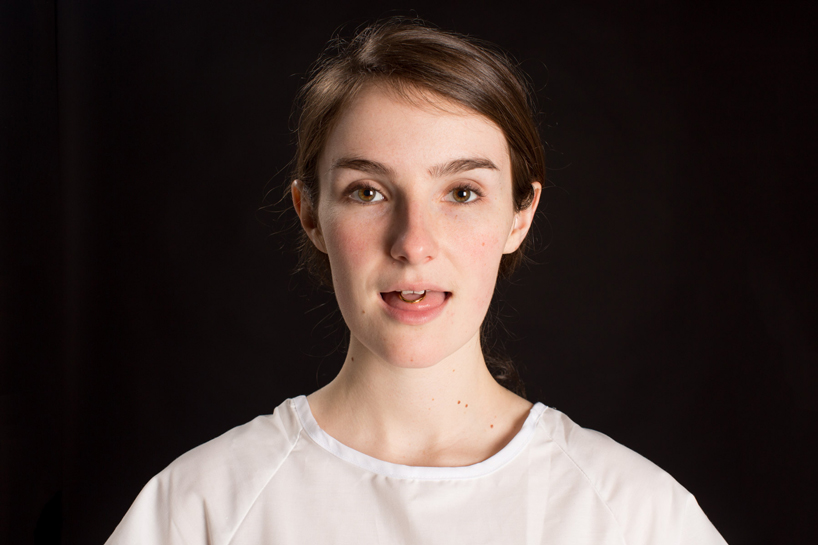 The Ripley is a satirical commentary on our budding relationship with synthetic foods. “Things we ‘eat’ are increasingly industrialized. I wanted to call attention to that change by speculating on what cultural forms it might take – even if they seemed absurd to most of us now. The Ripley is a product to reconsider how to use the soon-to-be underutilized body part to its full potential. If it’s not being used to break down solid food, let’s use it to do something else,” Gregory urges. 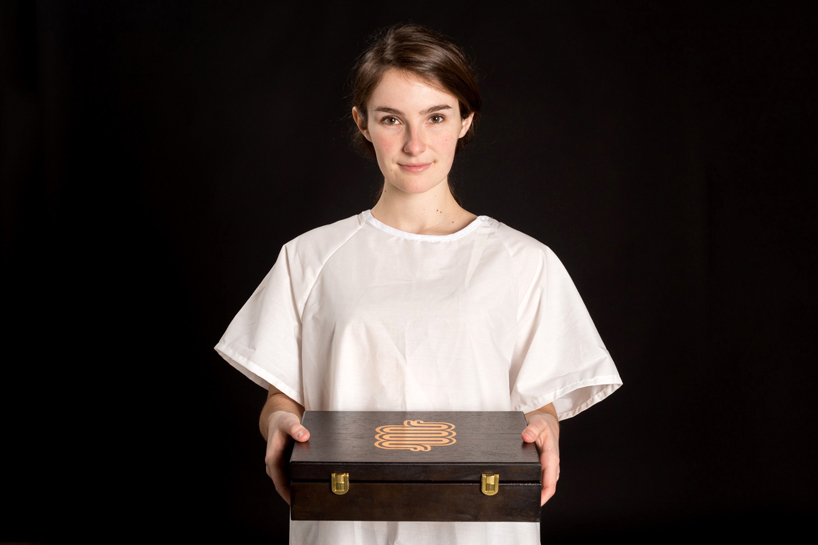 Consumer uproar has been kept at bay with the knowledge that such a product is not actually on the market. But the concept has certainly garnered curiosity as the “cynical” version of real commercial products such as Soylent (a liquid or powdered form of meal replacement). Soylent has great potential in developing countries where food is scarce, but it poses a simultaneous dystopian risk if the concept is abused.

Gregory fast-forwards to a world in which human digestion has atrophied from such products. “In the interest of re-purposing an antique mechanism ([the digestive system] before it has ‘evolved’ out of existence), I imagined a manufacturing process which might re-purpose old human ‘machinery.’ What kinds of commercial opportunity did this soon-to-be outmoded technology have?” 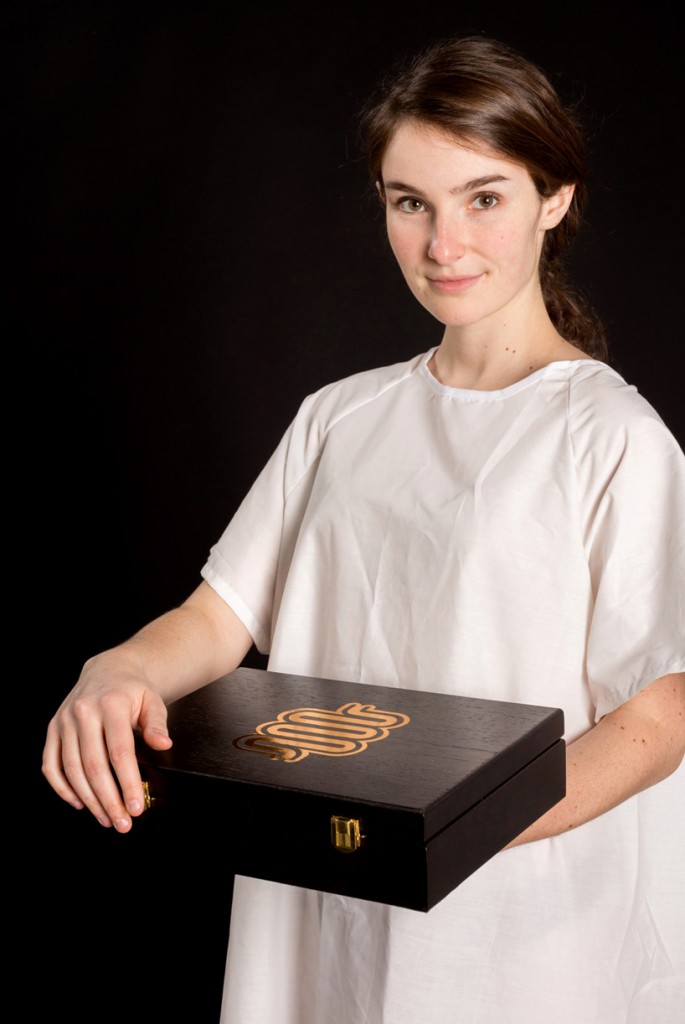 The Ripley appears to be a preposterous example of self-inflicted harm, but in theory, it is not far from the dangers of the contemporary diet. “Most likely, our food production will become the province of genetic engineers and chemical manufacturing industries rather than agriculture. This would allow greater efficiency, but our consumption of ‘food’ will become routine and streamlined to insure the most effective delivery of nutrients and the least waste product,” Gregory anticipates.

The designer predicts that one day pills and liquids will replace all natural, Earth-grown food, rendering our digestive systems obsolete. So for now we can laugh at The Ripley‘s ridiculous nature, but perhaps Gregory is on to something frightfully realistic.