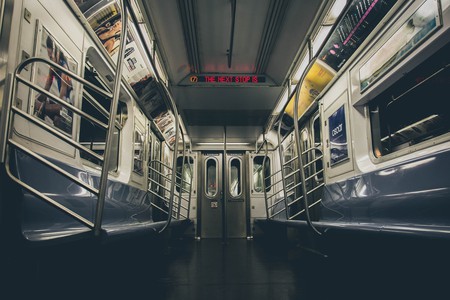 No subject riles up a New Yorker like the subway system. The much-maligned transportation network has slowed to almost a complete halt at times over the past few years, but change is on its way—just slowly.

In the summer of 2017, New York’s Governor Andrew Cuomo declared a state of emergency over the trains, as the largest subway system in the U.S. suffered from derailments, power outages, massive overcrowding, and delays every day. During last summer, the trains were on time as little as 64% of the time, compared to 85% in 2011, before a gradual decline kicked in.

Declaring a state of emergency sounds like a drastic cause of action, but it actually helped Cuomo get around the strict regulation that makes it more difficult to apply major changes. At the same time he pledged $1 billion towards fixing the system.

That money will be crucial for the crumbling infrastructure. Parts of the current New York subway system are using components from the 1930s, according to a report by The New York Times. The city has been trying to transition to computer-based systems for a number of years with little success. The L train, which runs across Manhattan and into Brooklyn, does have a computerized system, but also suffers from overcrowding and will be partially or completely shut down in the future for crucial repairs. 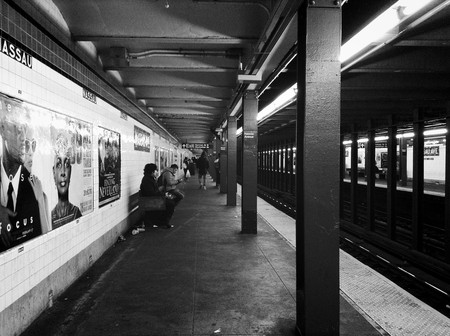 In order to improve the system, transponders will need to be installed for every 500 feet of track, radios and zone controllers needs to be added, and the trains themselves will need to be upgraded with on-board computers and speed sensors. As of last year, before the state of emergency was declared, the estimated date when the system would be completely overhauled was 2045.

There are two areas where the subway has already been improved. In 2017, Wi-Fi was introduced to every station, which enabled New Yorkers to complain about trains in real time while standing on the platform. And also in 2017 every station in the system got digital arrival boards, so people could check exactly when the next train was arriving, which on reflection is staggering it took so long in one of the largest cities in the world.

At the end of 2017, it was announced the head of Toronto transport had been poached by New York with the hope he could fix the aging system. Andy Byford, who is from the U.K. originally, has already suggested some radical potential solutions, like ending 24-hour service on some lines and closing others while repairs and upgrades are made, according to an article in The Guardian.

Towards the end of this year, another technology upgrade will be implemented. The Metropolitan Transport Authority (MTA), which runs the subway, will begin installing contactless payment methods in some subway stations. Contactless payments mean passengers will be able to wave their smartphones or debit and credit cards at turnstiles, rather than the current system which involves buying a MetroCard and adding money to it. 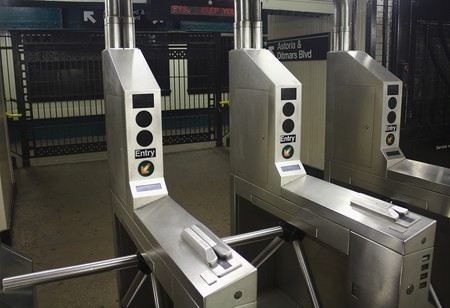 The current turnstile system in the NYC subway | © SoFuego/Pixabay

Other transport systems around the world, including the London Underground, already have contactless payments, but New York has been slow to catch on. The upgrades will be installed in 500 subway turnstiles and on 600 bus stops initially, and is expected to be at all stations by 2020.