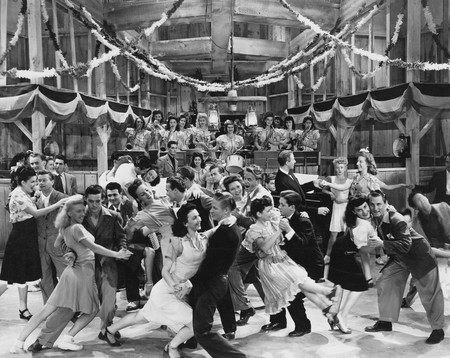 If you’ve ever danced inside of a bar or a club in New York City, you almost certainly did so illegally.

It’s hard to imagine such a statement could be true in conjunction with a city like NYC, where most bars and clubs are open to 4am and after hours parties thrive. It’s as bizarre as the ban against waking a bear for a photograph in Alaska (who in the 200 years since the first partially successful photograph was taken is stirring sleeping bears that makes this necessary?) or the fact that you can be fined $500 for sending someone pizza unknowingly in Louisiana (the real criminal here is the person upset by free pizza; lock that person up).

But, like the many other obscure laws still standing in the 50 states, New York City’s Cabaret Law has managed to survive largely in part to the efforts of hateful people who clawed their way into the upper echelons of government.

Enacted in 1926, the Cabaret Law arrived during Prohibition under Mayor Jimmy Walker and was used to target black jazz clubs, along with speakeasies illegally serving alcohol. The law details a variety of establishments in which three or more people dancing is unlawful:

An extension of the law, which was abandoned in the late ’80s, limited permitted instruments to strings, keyboards, and electric soundsystems, as well as reducing the number of players to three at any time. As one can imagine, without wind, wooden, or brass instruments, performing jazz was extremely difficult.

Thump dove into the law’s history and impact on NYC in March, explaining the difficulty of acquiring a “Cabaret License”:

In the years since its creation, the law was extended to target the LGBTQ+ and brown communities. In the ’90s, the law was resurfaced by Mayor Rudy Giuliani in order to support his “quality of life” campaign, dealing out fines and closures to bars and clubs without cabaret licenses. As journalist (a former columnist for The Village Voice) and actor Michael Musto explained it, Giulianai “demonized nightlife as our city’s bastard child, trying to smooth it over in order to make things safe for tourists and co-op owners.”

Now, in 2017, the law still stands, and a new effort has been launched to finally put an end to the “No Dancing” law. In March, an organization under the name Dance Liberation Network launched a campaign called Let NYC Dance that includes a petition to draft a repeal bill and a number of events.

“Trump’s inauguration really triggered it,” Dance Liberation Network co-founder Frankie Decaiza Hutchinson told The Fader. “It was that week when we started talking about it actually. We decided that now is the time to repeal this law.”

On Thursday evening, Dance Liberation Network, in conjunction with Boiler Room, is hosting its next event at House of Yes at 10 pm.

“Musically, the night will unify a broad range of DJs/performers to illustrate the diversity of NYC’s sound, spanning the range of generations of music and people who have been affected by this law. Each DJ will celebrate a different generation of NYC sound, grounding the event in a historical and educational context. Dancing is part of the fabric of NYC and they want to highlight the absurdity it being illegal to do so,” a press release reads.