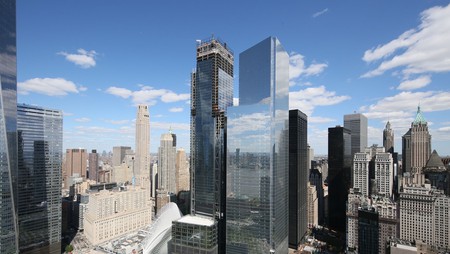 Monday, June 11, marked the much-anticipated completion of 3 WTC, the latest addition to the World Trade Center site and the fifth largest tower in New York City. 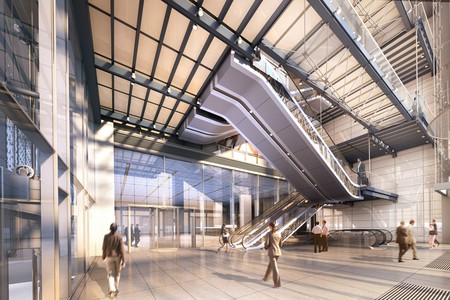 As the second tallest building on the World Trade Center site, 3 WTC towers at 1,079 feet above street level and has a total of 2.5 million square feet of office space. Designed by Pritzker Prize-winning architect Richard Rogers of Rogers Stirk Harbour + Partners, 3 WTC is now officially the fifth tallest building in New York City and was awarded LEED Gold certification by the U.S. Green Building Council. It’s also the third completed building in the WTC Master Plan at the site where the Twin Towers once stood. 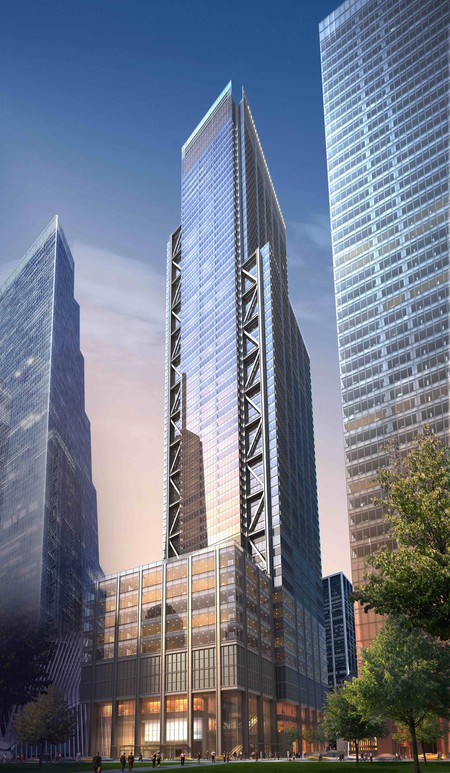 Construction for the site was stalled for many years, due to disputes between the Port Authority of New York and New Jersey (who own the land) and developer Silverstein Properties, as well as lack of funding. But construction resumed in 2012. “It was like somebody came to us and said, ‘The curtain has gone up, you can now access this pool of financing,’” Larry Silverstein, chairman of Silverstein Properties, told ABC7 News.

The $2.7 billion tower will feature 30,000 to 70,000-square-foot floors, outdoor terrace space, 44 elevators, and five retail levels. It took over 27,000 tons of steel to construct the building, with 10,000 specially coated glass panels. The structure’s steel exterior is “clad in a unique load-sharing system of K-shaped bracing, creating a more slender appearance,” says Silverstein Properties. The result is a 80-story, linen-finish stainless steel tower with a reflective glass curtain wall. 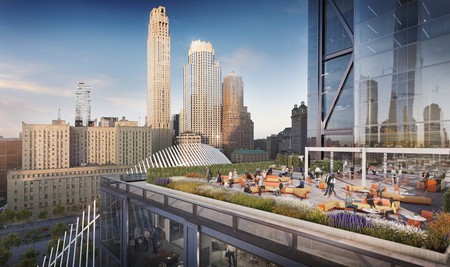 The curtain wall was prefabricated in Thailand, the Netherlands, Canada, and Italy, and includes a “specialized transparent low-E coating on the inside surface” to reflect the surrounding cityscape. The corners of 3 WTC are column-free, which means tenants of the building will get 360-degree panoramic views of the cityscape. Tenants will also breathe easy: the tower features an activated carbon air filtration system to remove pollutants from the outside air. 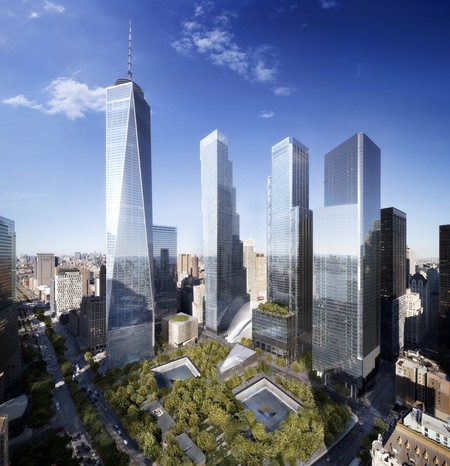 One of the building’s highlights includes the 60-foot-tall lobby, which contains a 43-foot-high Zimbabwe black granite-clad wall, woven metallic mesh fabric walls in the elevator lobby, and a three-sided cable-net wall facade composed of laminated glass units. Near the main reception desk, an “LED-backed barrisol (stretched material) ceiling illuminates the lobby, giving the sense that the ceiling is floating,” writes Silverstein Properties in their latest release. 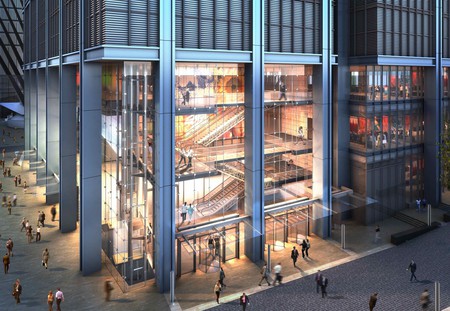 New tenants include media company GroupM, which leased nine floors in the tower and is expected to move in next month, stock trading group IEX, and management consulting firm McKinsey. To date, 28 percent of the building has been leased.