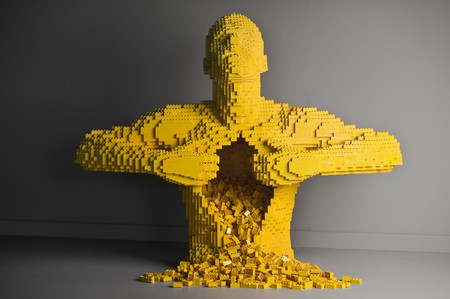 Bringing out the child-like spirit in all of us, Nathan Sawaya’s The ArtOfTheBrick has garnered worldwide attention for being the first exhibition to focus solely on the use of LEGO pieces as a medium. Sawaya’s sculptures are imaginative yet relatable, as they are the fantasy-turned-reality of anyone who has ever played with this classic toy as a child. Read on for a closer look at Nathan Sawaya’s beautiful, large-scale LEGO sculptures.

Based in New York, Sawaya was previously a corporate lawyer, but his childhood dreams and aspirations were always creative. After attending NYU School of Law, he became an attorney and found himself longing for a creative outlet after long days at the office. He rediscovered his beloved LEGO collection and began toying with the playthings of his childhood. After being encouraged by family and friends, Sawaya started a website to share his creations on the internet. Once the website crashed after getting too many hits, he decided it was time to leave his corporate job and focus on his art full-time. Since then, Sawaya has stunned and inspired the contemporary art world with his imaginative works that seem to merge Pop Art and Surrealist ideas in a new way. He is now the author of two best-selling books and has been the recipient of numerous awards and accolades. He also founded The Art Revolution Foundation in 2014 with the mission of making art a priority in schools, for happiness, health, and education. 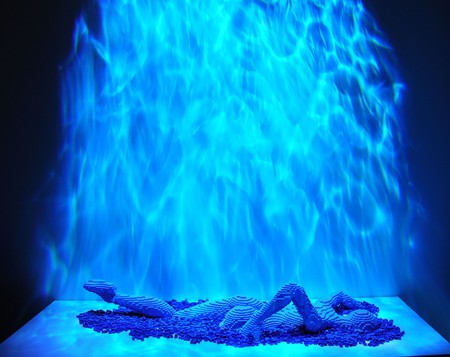 The Art of The Brick has become a global touring exhibition and is currently on display in multiple locations across Europe, Australia, and the United States. In 2011, it was named one of the top 12 must-see exhibitions in the world by CNN. In addition to his existing collection, Sawaya creates new sculptures specifically for each exhibition, making each one a unique viewing experience.

Each sculpture is made from thousands of individual LEGO bricks, displaying a painstaking attention to detail that is truly mind-blowing. He begins each sculpture by drawing a sketch and then proceeds to click together and reinforce each individual brick with glue. The color and choice of lighting for each work expresses a range of emotions that are incredibly lifelike for being made with such a restrictive medium. Sawaya has also created replications of famous paintings and statues, including ‘The Fountain’ by Marcel Duchamp, as well works by Van Gogh and others, giving them new dimension and perspective. 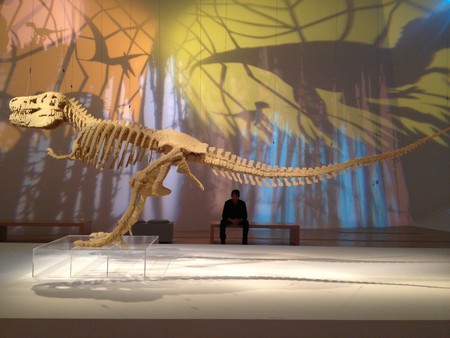 Dinosaur Skeleton, The Art of the Brick | Image Courtesy of Nathan Sawaya

Sawaya has about 4 million LEGO bricks in his collection and has to buy them just like anyone else. Part of being confined to this medium and the forms and colors that LEGO produces, Sawaya has said, is the idea that he hopes to inspire kids to go home and create their own works of art using the very same bricks. 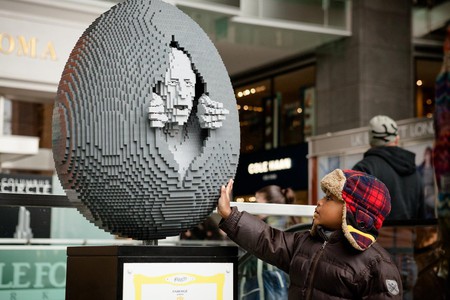 It is not surprising that The Art of the Brick has broken attendance records around the world. By using a medium that is familiar to so many people, Sawaya has created art that is more accessible and encouraged those who would have never stepped foot in a museum or gallery before to engage the contemporary art world. 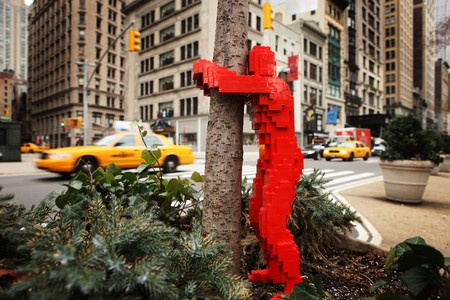 Living in New York City, Sawaya has been inspired by street murals to create his own version of street art in the form of a figure called ‘Hugman.’ He is 15 inches tall, and Sawaya places him around the city hugging things like park benches and signposts. He can be hard to spot for those in a hurry, so keep an eye out, New Yorkers.
By Chelsea Baldwin

Since graduating from the Fashion Institute of Technology with a Bachelor of Fine Arts in Fabric Styling and a Minor in Art History, Chelsea has been working as a trend forecaster in the fashion industry in New York. She enjoys traveling and exploring new cities as well as strolling through art museums, running, and hiking, and she is always in search of the perfect cup of coffee. Chelsea is thrilled to be exploring the many cultural facets of NYC through writing.