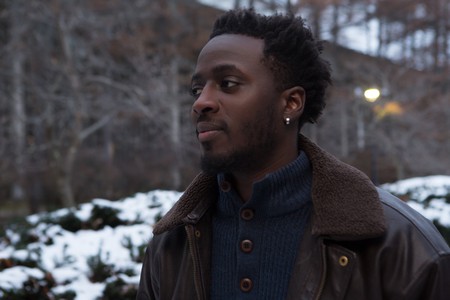 Nana Kwame Adjei-Brenyah is a New York City-born writer who fuses realism and surrealism to create fantastical stories that feel hauntingly true. Following the release of his debut collection, Friday Black – an exploration of race, consumerism and masculinity in America – Adjei-Brenyah speaks about the current social climate in the US and his personal relationship to New York City.

Exactly one month prior to the stampedes of crazed shoppers who burst through shop doors on Black Friday 2018, Nana Kwame Adjei-Brenyah’s Friday Black quietly emerged on bookshelves throughout the US. In this collection of dark, haunting tales, Adjei-Brenyah imagines worlds where unborn fetuses visit their would-be parents, immersive VR experiences are used to play out racist violence, and death is the norm during Black Friday’s frenzied activity. They are worlds that are far-fetched and caricatured but remain strikingly believable.

Reading Adjei-Brenyah is a visceral experience. The way he merges the real with the imaginary is reminiscent of Man Booker winner and Adjei-Brenyah’s personal mentor George Saunders, but his style remains distinctly his own. Born in New York City, and a graduate of SUNY Albany and Syracuse University, Adjei-Brenyah is one of New York’s most promising writers, offering insightful and candid social commentary. 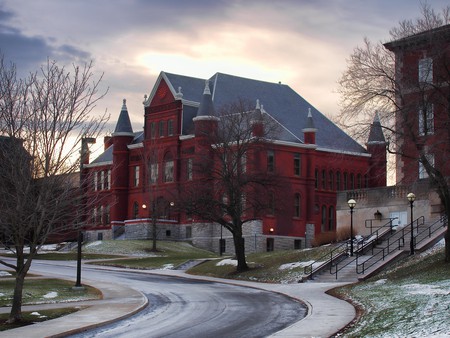 Culture Trip: A lot of your stories have an amazing mix between what’s real and what’s imagined. To what extent are these stories based on real experiences, and how do you charge them with a surreal element?
Nana Kwame Adjei-Brenyah: I just follow the story that comes to me. Even the more surreal stories, it’s often just me concretizing a feeling that I feel in an abstract way. For example, the first story we have this blackness scale, but for me that’s what it feels like when I’m adjusting myself to a particular space as a black person moving through the world. So I just took what I was genuinely feeling in my real life and made it literal. With the stories that are a little more tied to realism, I’m more closely representing how I’m feeling without creating that conceit. I don’t have a different mindset going into either of those types of stories. Working with George [Saunders], one of the things he really helped me with was realizing that distinction is sort of an illusion. You write a story, you write the best story you can, you make the rules you need and try to get some sort of truth there.

CT: To what extent do you feel your stories have a didactic purpose?
NKAB: I do hope that these stories radicalize people’s imaginations. I hope there is a visceral response against some of the violence in my stories. That said, I put humor in, and they’re engaging on a story level because I think that’s important for fiction. You want people to enjoy the story you’re writing, and part of that enjoyment is responding to their better nature.

CT: ‘The Era’ and ‘Zimmer Land’ feel very dystopian. Are you intending to write about dystopia, or is dystopia the way it comes out?
NKAB: I have very few ends decided when I start writing a story. I have a voice and a situation in my head. That word dystopia gets attributed to me a lot. I think that right now there’s people who live with more money than they could ever possibly use, and also people who are born into nothing and suffer because of it. It happens and it’s allowed and it’s the status quo. I think a lot of the qualities that we call dystopian might already be here.

CT: Your stories cover a lot of crisis subjects: police brutality, race relations, consumerism, but also masculinity. ‘Lark Street’ was a very moving, haunting story. Why did you choose to narrate the experience of an abortion from a male point of view?
NKAB: I didn’t want to ever presume to know what a woman experiences. In writing the story I recognized how problematic it is to offer up a man’s point of view, because we too often only hear the man’s point of view. It’s important to recognize that. In writing that story, what I hope I arrived at was the main protagonist realizing that he’s privileging his own feelings, his guilt. And I think he arrives at a place where he’s like, ‘You know what, I’m not the one who’s the most important voice in this situation.’ I try to gesture towards that. 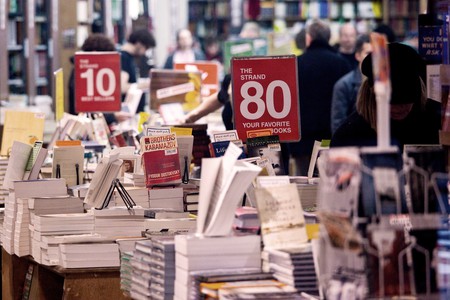 CT: How did growing up in New York City influence you as a writer?
NKAB: I was born in Queens, New York, in the city, but I left when I was seven or eight so I’m from just outside in a place called Spring Valley, Rockland County. I’m sure it influenced me in a way I couldn’t really perceive, but I wasn’t aware of anything literary at all when I was growing up. Even though I read, I was reading whatever caught my eye. I wasn’t guided by authors in a way I sometimes am now. I didn’t even understand what the word literary meant – I still don’t know if I do exactly! I was always around a lot of different people from a lot of different backgrounds, in both the city and Spring Valley. But I didn’t have a sense of being part of a literary community until I went to grad school at Syracuse.

CT: What drew you to writing when you were growing up?
NKAB: I liked writing because it’s free, people can’t take it away from you. I read fantasy and sci-fi YA and eventually I had an idea that stuck with me that I couldn’t get out of my head. I didn’t think of myself as a writer. It wasn’t until I got to college [SUNY Albany, New York] where I realized it was an option to be or try to conceive of yourself as a writer.

CT: And finally, where do you buy your books in New York City?
NKAB: Three Lives and Company. Strand, too.