In collaboration with Twyla, a company specializing in museum-quality prints, Pharrell Williams’ creative collective i am OTHER unveils their quirky new Pop art print collection, featuring images of some of history’s most celebrated figures.

i am OTHER & Twyla’s limited-edition prints exhibit the work of artists Angelica Hicks, M. Tony Peralta, and FREEGUMS, in what can be deemed a homage to Andy Warhol, pop culture, and the Instagram era. Perhaps the most impactful of the series is Peralta’s screen printed portraits of historical “power women,” which feature singer Selena, Celia Cruz, Wonder Woman, and Frida Kahlo. Each print depicts the celebrity figures with large curl rollers, as if to say “No, I most definitely did not wake up like this.”

Artist Angelica Hicks, known for her now-famous illustrations and commissioned NYC graffiti, created a hilariously quirky, tongue-in-cheek series, including a drawing of musician Drake as a mandrake (entitled Man Drake) and a drawing of nipple slippage by Frida Kahlo (entitled Frida Nipple). Hicks also pokes some playful fun at Marc Jacobs in her print entitled Darth Jacobs, which depicts the fashion designer as…yes, you guess it, Darth Vader. 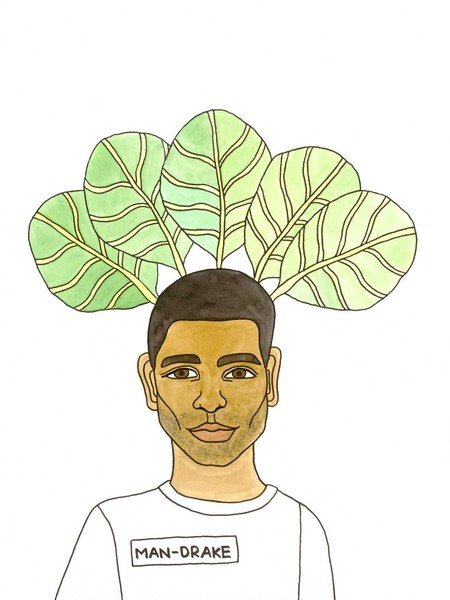 Not only are the designs hilariously cheeky, they’d also probably make great tattoos. Graphic designer AlvaroFREEGUMS Ilizarbe, known for his creative collaborations with the likes of Toyota and Nike, debuted exclusive collages for Twyla. Inspired by the fashion scene and repetition, the series depicts female models among snack foods, standing amid aerial landscapes.

For more information on the collection, or to purchase the limited-edition prints, visit Twyla here. 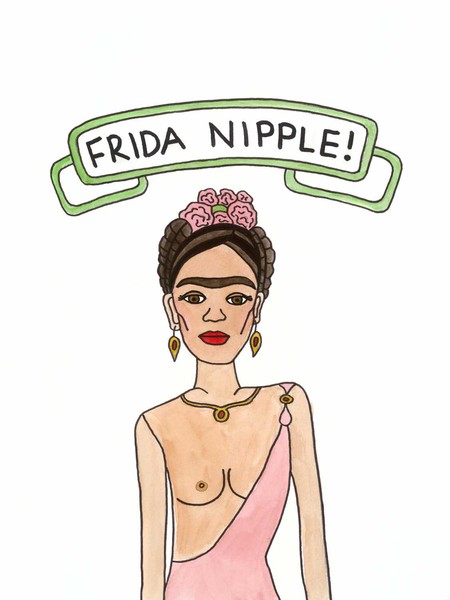