Museums Around the World Make a Case for Slow Art 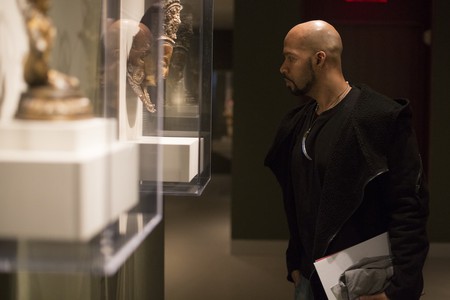 Photo by Asya Danilova. Courtesy of the Rubin Museum of Art.

April 14 marks Slow Art Day, an annual event that encourages museum visitors around the world to delight in the simple act of looking.

From slow food to slow sex, experts are vehemently arguing the case for leisure in the face of modern freneticism.

A study conducted by Lisa F. Smith and Jeffrey K. Smith among 150 people at The Met found that the average museum visitor spent only 17 seconds looking at a work of art—and that was before the digital craze. A larger follow-up study conducted by the pair 15 years later in 2016 indicated an average looking time of 21 seconds, though they discerned that this minor increase accounted for the time it takes to snap a selfie. 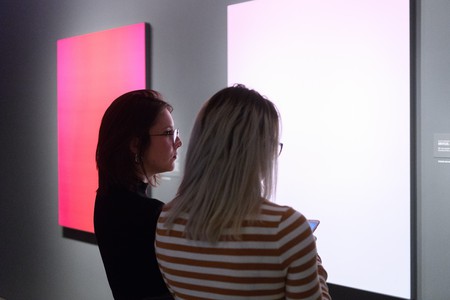 Photo by Filip Wolak. Courtesy of the Rubin Museum of Art.

In 2008, Phil Terry decided to conduct an experiment of his own. He challenged himself to spend more time with fewer artworks, and to note the difference in his subsequent experience. After stationing himself in front of select masterpieces displayed at the Jewish Museum in New York City, he felt a remarkably deeper connection to the designated paintings that he gave his time to. His approach would evolve into Slow Art Day—an annual event, officially inaugurated by Terry in 2009, during which visitors to participating museums are invited to join tours and partake in activities designed to encourage careful, more meaningful viewing.

“It’s a day that all of these different museums come together in an effort to encourage slow looking and deep involvement with the art,” said Laura Sloan, the Rubin Museum of Art’s manager of docent and access programs. The Rubin, a New York City-based institution dedicated to art from the Himalayan region, is independently attuned to the process of mindful looking, but they’re also one of some 180-plus participants in Slow Art Day 2018.

“The goal, especially at the Rubin, is really to make connections with the art,” Sloan told Culture Trip. If you look at anything for a matter of seconds, it’s hard to make a connection. We’re focused on Himalayan art created in Buddhist and Hindu traditions, and the art is very detailed. It would be hard to catch any of the details if you were just skimming through.” 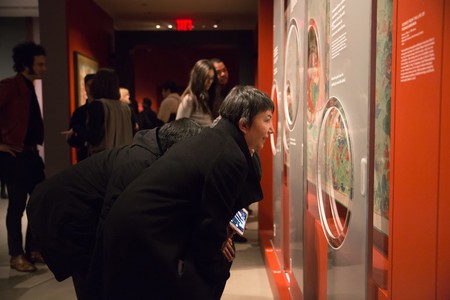 Courtesy of the Rubin Museum of Art.

This year, Slow Art Day fits snugly within the context of the Rubin’s 2018 theme: ‘the future,’ in which all of the museum’s exhibitions and events relate to perceptions of time. “In the Himalayan region, there is a concept of ‘liberation upon viewing,'” Sloan informs. “This is a Buddhist concept which says that if you’re really looking at these artworks, you’re essentially working towards your own enlightenment.”

Slow looking can also assist in the development of critical thinking skills, patience, and “healing through connections,” Sloan adds. “We conduct tours here with the idea that connecting with a piece of art can help you heal internally. If [you] make a connection with the art, [you] can share that connection. It brings people together and helps people tell their stories. It’s cathartic.”

But Sloan also notes that Slow Art Day is about fun. On April 14, Rubin Museum visitors will be offered guided tours and handouts with information about how to maximize your time with an artwork. “We are encouraging visitors to try five pieces of art for five minutes at a time each,” Sloan says. “And it really is a challenge, especially for people who may only occasionally visit museums.”

The handouts will also suggest activities for testing your inspection skills. “Look at a piece of art for five seconds—time yourself—and turn around,” Sloan advises. “Write down five words that come to mind. Then look at the same artwork for 10 seconds, turn around, and write down five more words. Then for 20 seconds, and so on. You’re teaching yourself that looking at a painting for just a few seconds means not getting the full picture.”

And this, she notes, is a lesson that visitors can apply at any and all museums or galleries. 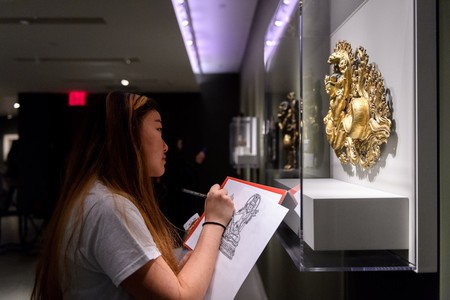 Photo by Filip Wolak. Courtesy of the Rubin Museum of Art.

When the Smiths asked museum-goers how they felt about the artworks they so hurriedly skimmed, participants in their study responded with glowing adjectives, ranging from “incredible” to “breathtaking.” If an artwork can give you “the thrill of a lifetime” in a matter of seconds, just think about how exalting it would be to observe that same artwork for five whole minutes.

Slow Art Day will take place at museums around the world on April 14, 2018. Click here for a full list of participating institutions.