Michelle Obama Portraitist to Have an Upcoming Show in New York 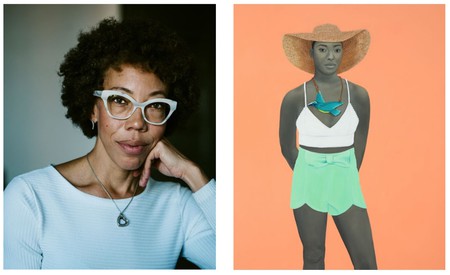 The last time Amy Sherald’s work was exhibited in New York City, the Baltimore-based artist was a largely unknown entity. She’s since become the talk of the town.

Sherald’s career skyrocketed beyond reckoning when it was announced in 2017 that she would paint the former First Lady. Michelle Obama tapped the figurative painter for her official portrait in Washington D.C., and with that honor came international notoriety for the rising art star. 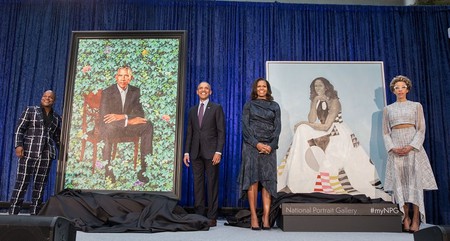 On March 20, 2018, mega gallery Hauser & Wirth announced “its exclusive worldwide representation of American artist Amy Sherald,” and a forthcoming show planned for next year in New York. It won’t mark Sherald’s first exhibition in the city; her work was showcased on Manhattan’s Lower East Side in a pop-up show organized by Chicago’s Monique Meloche Gallery in March 2017. At the time, the artist was far lesser-known, though she was already poised for success as the first female recipient of the National Portrait Gallery’s 2016 Outwin Boochever Portrait Competition for her painting Miss Everything (Unsuppressed Deliverance).

Sherald’s official portrait of Mrs. Obama was unveiled in February 2018 alongside Kehinde Wiley’s likeness of the former U.S. President. Sherald’s powerful portrayal communicates Michelle Obama’s grace and confidence; and while critics argued that the painting failed to accurately resemble her iconic and beloved subject, the artwork has become a significant piece of history nonetheless.

On March 21, artnet News reported that attendance at the National Portrait Gallery to see Sherald’s artwork has been so vast that the museum had no choice but “to relocate it to a more spacious room.” 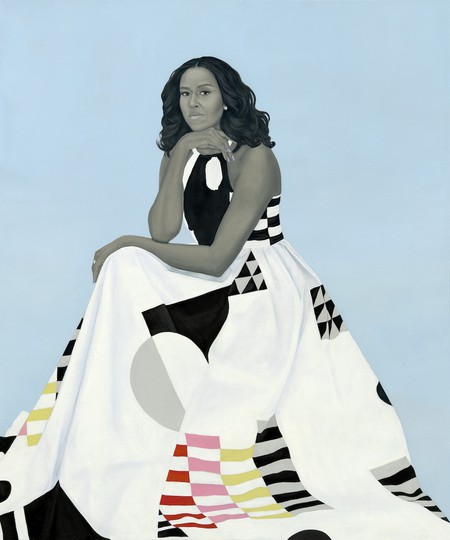 Sherald’s practice focuses on the African-American experience through portraiture. “Drawing loosely upon the American Realist tradition, Sherald subverts the medium of portraiture to tease out unexpected narratives, welcoming viewers into a more complex debate about accepted notions of race and representation, and situating black heritage centrally in the story of American art,” said Hauser & Wirth in a statement. “In compositions that are carefully controlled and meticulously considered, Sherald sets her subjects free.”

In the gallery’s announcement, Hauser & Wirth vice president and partner Marc Payot remarked, “Amy’s distinctive approach to both painterly traditions and urgent issues of contemporary identity make her one of the most powerful new voices in American art today. Her work foregrounds and celebrates life experiences that are too often relegated to the margins of mainstream discourse, while exploring formal territory that bridges portraiture and abstraction.”

Details about Sherald’s first Hauser & Wirth exhibition in New York City will be released closer to the time of the show’s opening. First up is a major solo museum exhibition of the artist’s work at Missouri’s Contemporary Art Museum, St. Louis, which will open this May.