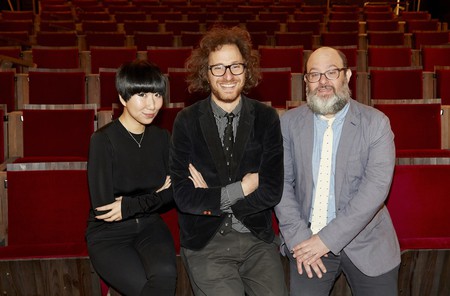 Culture Trip chats with Metrograph’s theater’s programmers, who love low art as much as they do high.

Manhattan independent film exhibition received a major fillip in March 2016 with the opening of the Lower East Side’s Metrograph, founded by director, writer, and fashion designer Alexander Olch. Housed in a refurbished warehouse, it is a thriving two-screen film-only (non-digital) theater that combines an aura of Hollywood retro-glamor with a post-industrial vibe. Facilities include a small bookshop, a classy commissary, and a fun candy shop.

Aliza Ma and Jacob (Jake) Perlin, Metrograph’s programmers, schedule an eclectic range of movie seasons and single screenings, generally eschewing programmatic or museum fare and keeping audiences full of anticipation: this is a movie house where Grease rubs shoulders with Godard. Ma and Perlin might be passionate cinephiles, but movie snobs they are not. Culture Trip spoke to them on a recent visit to Metrograph’s 7 Ludlow Street location.

Aliza Ma: It’s in the DNA of Jake and me, both as film lovers and as programmers. We each have this ineffable love of film, which is how we bonded.

Jacob Perlin: It was a major principle that went into the design of the cinema. We always knew we were going to be projecting film so we had to build out the space and the projection booth according to specifications. But I always want to stress that we don’t have a desire to be precious or have an unreasonable attachment to analogue stuff. The reason we show films on 35mm is because that’s often the way they’re available. They might be prints that have been sitting around in a film archive in Hong Kong or Argentina since the ‘50s or ‘60s.

CT: What’s your criterion for programming a film?

JP: We have to believe in it. We can’t get up there and introduce something that we think is terrible unless it’s so bad that that’s why we’re showing it!

AM: I think we were the first people ever to show Theodore Rex on 35mm.

JP: It’s a buddy movie with Whoopi Goldberg and a dinosaur. Back in 1995, Warner Bros. canceled all their theatrical plans for it and shelved all their 35mm prints.

AM: If there’s one way to characterize our taste, it’s that we’re both into the high and low, but not so much the in-between. We show a lot of what can be considered low art but we can still make a critical and aesthetic case for it.

JP: We’re finding different ways to activate history. One of my favorite films we’ve programmed is Walker [1987]. It’s one of those films which has very long tentacles, so I hope it will not only stimulate interest in [director] Alex Cox, but also the history of Nicaragua, the Contras, and El Salvador. Hopefully, someone who comes to see Walker today might tomorrow be interested in films about secret CIA wars, which is a program we’re doing later in the year. 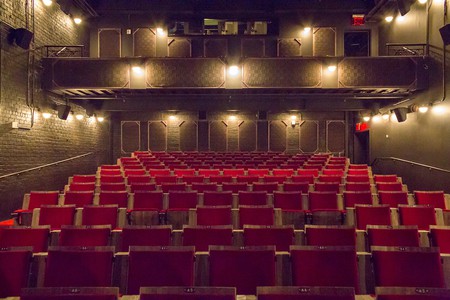 CT: How do your backgrounds influence what you program?

AM: I’m Chinese, and film has been a way for me to reconnect with my cultural heritage. A lot of Chinese history wasn’t accessible to people after the Cultural Revolution, so it’s been a long sequence of reverse engineering for me. I’ve done a lot of Asian programming, and over the years I’ve been able to access a lot of archival prints from Asia. We tend not to do big auteur retrospectives. If we do, the subjects tend to be outliers, people more on the margins of the film industry.

JP: I get interested in filmmakers whom there hasn’t been a lot of writing about. Philippe Garrel is a good example. It’s been a 10-year project for me. I did a retrospective of his work when I worked at the Brooklyn Academy of Music and another one here, and I’ve published a book about him and have struck new prints of his films. The hope is that if you show a series of films like that today, someone else will show them a year from now.

CT: Is the life of a film programmer exciting?

AM: it would be incredibly sexy to be able to say that we spend all our time brainstorming program ideas, but a lot of heavy admin goes into programming. You spend a lot of your life looking for prints, and part of the reason for that is because film has become so rarefied over the last few years. It definitely doesn’t feel endangered like it did about five years ago, but still you need the experience of doing it for a while and then you’ll find the right contact or you’ll know the right people to ask, though there’s still a mountain of clerical work you need to get through in order to see a program take shape.

JP: One of the seismic changes that has taken place is that it’s more difficult these days to get films from the Hollywood studios, but the rarer stuff has somehow come to the surface. It’s easier for us to call the Cinémathèque Française and ask if we can borrow a print of some incredibly rare film on 16mm that’s never been subtitled than it is to call Paramount, say, and get a movie from 1968. The studios are just less interested in making films available.

AM: The tides change at the studios depending on who’s on top and what the priorities are. Sometimes you get a new person in charge, and prints that haven’t been let out for many years get let out; it happened recently at Warner Bros. 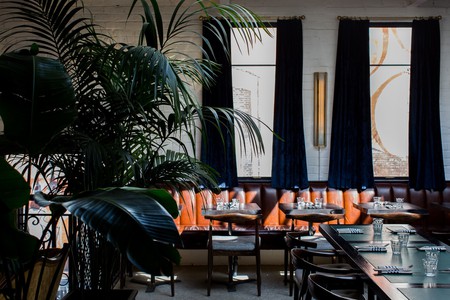 CT: Has the rise of Netflix affected what you program?

AM: We don’t think about it that much. It hasn’t been a marker for us in terms of what films to stay away from.

JP: It would only matter if we showed an entire program based on new films. Then maybe we’d feel a little tug of competition. But we figured out early on that people are going to stay at home and watch Netflix and come to the cinema. [Metrograph founder] Alex [Olch] has said many times that takeout delivery service didn’t kill restaurants. We rarely show {Netflix kinds of] films necessarily so it doesn’t create a conflict. However, we’re going to open Shirkers—a film we love—that’s also going to play on Netflix. We know we might lose some audience to people who want to watch it at home, but we believe others are going to want to see it here, too.

CT: Do you think Metrograph competes with other local independent theaters?

AM: If there were only two cinematheques in New York, it might be a little more competitive.

JP: I’ve always been convinced that in a city this big, there’s enough audience members to go around. We’ll just keep playing what we think is good stuff. The main thing is trying to build trust with the audience and let it know that everything we show is something we’ve thought about. Not only are we not in competition with the other theaters, but we’re all doing better.