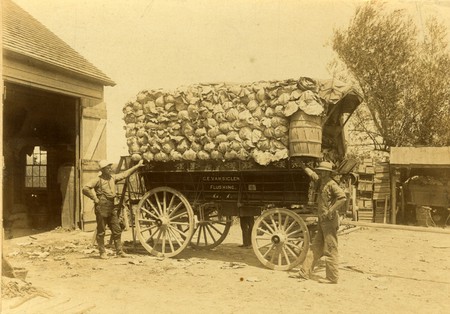 In an age obsessed with advancement, of the technological sort as much as the social and political kinds, Richard Hourahan has committed himself to preserving the past. The Collections Manager at New York City’s Queens Historical Society has contributed to exhibitions and presentations with focuses ranging from historical black New Yorkers to the history of horse racing in Queens. Like the locals he highlights and serves, Hourahan’s personal history is one for the books, yet it’s his insight into historical knowledge as a universal right and instrument that is shaping the future of New York City.

Your resume includes a business education, a career in software database, and a period serving in the Vietnam War. How, if at all, has your personal history informed or influenced your work as a historical preservationist?

“I am uncomfortable with the term ‘historical preservationist.’ It smacks of the odor of embalming fluid which preserves something dead and prevents it from decaying. History is not dead, nor is it decaying. It is alive, dynamic—and elusive. The trick is to recognize it through its material manifestations—documents, observations, buildings, literature, art and artifacts, as well as its economic, social, cultural and political practices. I see myself as a history protector.

“I was drafted into the United States Army in 1967. The United States was engaged in a war in Vietnam at the time. I could have refused to serve but I did not. Why not? I believed someone else would be selected to replace me and that my life was no more important than that of another. Historical problem one: why was the United States at war in Vietnam? Historical problem two: why did I not attempt to avoid service in Vietnam as many others did—go to Graduate School, join the Army Reserves, join the National Guard, become a teacher or policeman, move to Sweden or Canada, go to jail? Historical problem three: where did this moral position come from? Was it real or self-deception? If real, of what ideology did it imbibe? 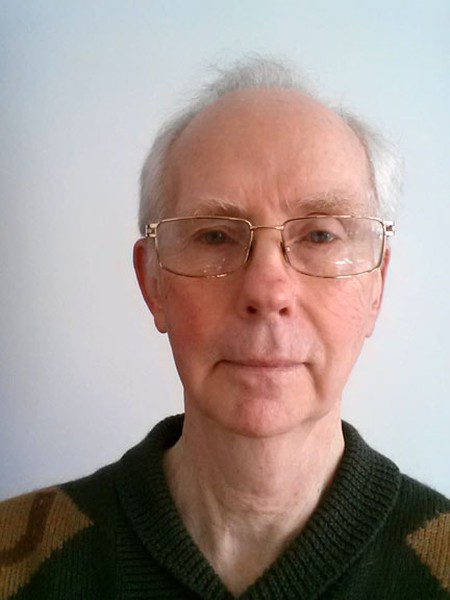 “Whether I liked it or not, the 22-year-old version of myself was enmeshed in history. I was at the intersection of personal, social and political histories. Possessing a brain, I felt I needed to figure out these histories—what were they and how did they operate? If I survived, these problems would remain and I would be facing them the rest of my life—like everyone else. This was more than an intellectual matter; it was an existential one.

“My business education and work in the field of database design and implementation were practical adaptations to the economic environment of the United States I returned to in 1969. Fortunately, they were economically useful—I had no money! The computer field at the time consisted mainly of people who did not fit comfortably in any other industry—fortunately for me. I was very quiet, and as you probably know this is very un-American—I also did not have a silly smile on my face at all times.

“I was not morose, just quiet. My colleagues just accepted me as I was and I accepted them as they were. This allowed me to carry books without fear of interrogation or accusations of being elitist. Hence, inadvertently, it was not necessary for me to conceal my interest in matters that were not work or money-related.

“Thus my self-education in the humanities began. This self-education crossed many disciplinary borders and it was only in later years that I read articles by many scholars I admire who advocate the benefits of such a non-traditional method of education. Consequently I am very thankful for a career in software—it provided a livelihood without demanding ideological allegiance to profit-making or to the religion of the marketplace. I must add that I was self-employed the last 20 years of my work in the computer field. During this time I adapted my database skills to archives and not-for-profit organizations—which in turn led me to my work in history as a curator and collections manager for the past 20 years. These two 20-year periods overlap, they are not sequential!”

What are some advantages and challenges in respect to historical preservation work unique to Queens, New York City’s largest and most diverse borough?

“The advantages unique to Queens? The opportunity to obtain/gather large amounts of significant primary documentation. [It’s a] seriously unexplored and studied [area]. [There’s] very little to refute since there is a lack of quality historical work.

“Much history is “being made” at this moment—epochal (detractors would say calamitous) change.

“[Its] archipelago of islands (aka communities)—[which were] very distinct in the past [and are] quite distinct—but in new ways—in the present.

“[It’s] a geographical entity that is closely related to material and immaterial world forces—political, social, economic and cultural—and thus a very special laboratory for the study of history.

“[Its] institutional/political opposition is minimal; often entrenched powers are neutral and sometimes they are supportive.

“The disadvantages unique to Queens? [There’s] not much time to do what is required to gather and protect significant primary documentation. Much of the past has been destroyed because contemporaries considered it unimportant—histories of Indigenous peoples; African-Americans, immigrants, workers and women.”

What sorts of programs, exhibitions, and presentations does the Queens Historical Society look to produce and why? Who is the organization’s target demographic?

“As curator and collections manager of the Queens Historical Society, I develop programs, exhibitions, and presentations for a target demographic that is either immigrant and/or young and/or female and/or African American and/or a worker. I do this because this demographic is 90-95 percent of the residents of Queens and has been largely neglected by the Queens Historical Society in the past.”

Why is it necessary to preserve and promote knowledge of history? In your opinion, what is the value of this?

“Clearly, this is a trick question and an extremely difficult one to answer! Good historians have been asking themselves the question ‘What is the Use of History?’ for years. Below are some of their answers (with which I concur):

Misunderstanding of the present is the inevitable consequence of ignorance of the past. But a man may wear himself out just as fruitlessly in seeking to understand the past, if he is totally ignorant of the present… This faculty of understanding the living is, in very truth, the master quality of the historian.

We may agree not only that such judgments as to the ‘meaning’ of history are a proper and important activity, a way in which today’s actors identify their values and their goals, but that it is also an inevitable activity. That is, the preoccupations of each generation, sex or class must inevitably have a normative content, which will find expression in the questions proposed to the evidence.

The question of generalization is closely connected with my second question: the lessons of history. The real point about generalization is that through it we attempt to learn from history, to apply the lesson drawn from one set of events to another set of events: when we generalize, we are consciously or unconsciously trying to do this. Those who reject generalization and insist that history is concerned exclusively with the unique are, logically enough, those who deny that anything can be learned from history. But the assertion that men learn nothing from history is contradicted by a multitude of observable facts.

In your opinion, do modern advancements in technology and cultural attitudes make promoting historical knowledge and preserving the past easier or more difficult?

“Much easier. This response may come as a surprise to some. Ideologies (cultural attitudes?) come and go; people selling products are loud and manipulative, however, most of those they “target” have a healthy respect for the real/true as well as what is useful for them to survive and even flourish (historical knowledge is real and useful).

“Advancements in technology allow historical knowledge to be obtained, analyzed, distributed, and argued more quickly and cogently than was ever possible in the past. Of course—and what is repeated constantly in the dominant media—junk is circulated in larger amounts than ever before by this advanced technology, and opinions rather than historical evidence and logic are most prevalent. In this way those in higher social strata look down on those in lower strata with condescension and contempt and assume/presume that the latter are not discerning, cannot think (only react irrationally), are easy to be moved by flagrant falsehoods/distortions and cannot differentiate between what is most likely to be true and what is most likely to be false. In my opinion—and experience—they are wrong.” 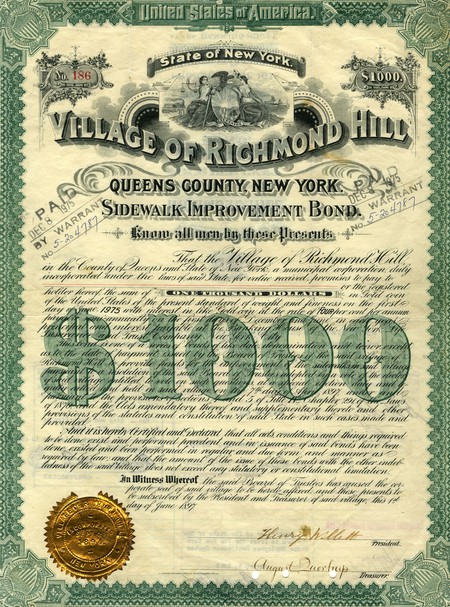 In a city composed of various ethnic, religious, and political groups, all possessing their own backgrounds, what should we classify as New York history?

“Excellent question. My answer: all of it! Anything less would not be New York history.”

Looking forward, how do you see historical preservation institutions and the Queens Historical Society itself developing? What do you believe the future holds for these types of organizations?

“By attending properly to the present the future will take care of itself. In this sense I concur with a 19th-century writer regarding the future and what is to be done in the present: ‘But if the designing of the future and the proclamation of ready-made solutions for all time is not our affair, then we realize all the more clearly what we have to accomplish in the present. I am speaking of a ruthless criticism of everything existing, ruthless in two senses: the criticism must not be afraid of its conclusions, nor of conflict with the powers that be.’”

What, if anything, has studying history taught you about present and future life?

“Humility and history’s critical place in both the present and future life. Historical knowledge and historical logic are powerful, action-oriented, humanistic instruments. They must be protected and used continuously.”