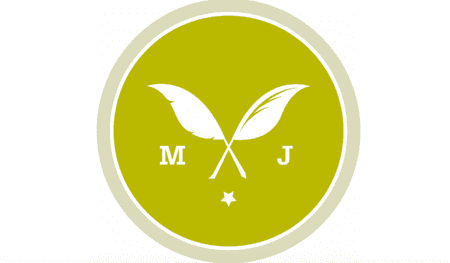 We spoke with the director of the store’s Español division about aiding immigrant families facing deportation.

Spanish is as American as apple pie. One out of every five US citizens is a Spanish-speaker, making it the second-most spoken language in the country. As the US does not have an official language (English is the de facto language), several states have made requirements to bring make bilingualism official, bring Spanish into every aspect of society, such as government documents, traffic signs, and teleprompts. Spanish classes are now part of many high school core curriculums and, subsequently, Spanish-language departments are blooming in many colleges and universities across the nation. Responding to this growth, Spanish-language literature is being published and sold right here in the US, and in doing so, bringing diversity to American literary communities.

But in the wake of the election of Donald Trump, America’s Spanish-speaking culture has become threatened. A surge in antagonism from the Immigration and Customs Enforcement agency (ICE) has sent many undocumented immigrants into hiding. One of Trump’s lynchpin campaign promises has been to build wall along the US / Mexican border, and that very real possibility threatens not only to cut out Latin America from the United States, but to cut the United States out of America.

Now, Javier Molea, the director of the Spanish division of the New York-based bookstore McNally Jackson, has initiated the “Fondo Solidario” (Solidarity Fund), a support fund for families with deported members or immigrants in the process of being deported themselves. At every McNally Jackson en Español event, Molea asks the participating publishers, writers, and audience members, to consider donating $100 to the fund. The initiative group will be hosting meet-ups, which will begin on Sunday, March 12, and occur at the store every other Sunday at noon, to discuss the families this money will go to support.

We spoke with Molea about the intiative and the importance of giving back to NYC’s Spanish-speaking communities.

When and how did the idea of the Fondo Solidario come about?
This idea came about right after the ICE raids last month in several cities, it was clear now for everybody that they were targeting not only criminal but mothers, fathers, dreamers, hard working and law abiding people living here for years. Also, after the executive order on immigration I saw a lot of organizations asking money to help immigrants but it was appalling to us that somewhat it was always kind of vague because some people were asking money to fund books, art, exhibitions about immigrants, so we decided to start this fundraiser to help the people who need it the most.

In what ways does immigrant deportation affect the Spanish speaking culture in the US?
Fear. Something that it happened here and in other countries so many times: the fear to speak your language, the need to hide your identity, a creepy shame. It has not only a physical effect: they remove you; it’s also a tough emotional burden you have to live with.

What kinds of organizations has McJ teamed up with for this initiative?
We’re currently working with publishers here and in Spanish-speaking countries. And we hope more bookstores in the country can join us, a booksellers movement so to speak.

Can you describe the Spanish language bookstore community in the US? McNally Jackson en Español isn’t alone in this venture, but how big is the community it is part of?
We have a thriving and very loyal Spanish-language community in the store. It’s comprised of Latin Americans, North Americans, and Spaniards, pulling equally from each group. We started the Spanish-speaking activities 12 years ago in the store, since then we have done almost 1200 events in Spanish and we have had writers from almost every country in Latin America and Spain, and in consequence, we connected with each community in the city and also New Jersey.

What are some other intiatives or programs developed by McNally Jackson en Español?
McNally Jackson Books is always involved with issues relevant to our community, every year we have supported a long list of initiatives, including a monthly support for schools, books for city jails, and various non-profits.