Martin Landau Is Dead, But His Bela Lugosi Is Immortal 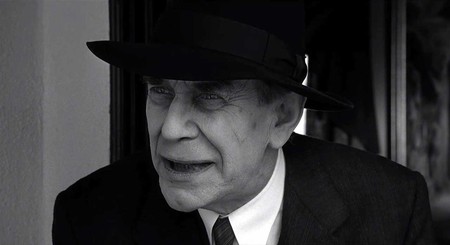 Martin Landau, who has died at the age of 89, enjoyed a great late-career flourish. His performances in Crimes and Misdemeanors and Ed Wood revealed his depth and power as a character actor.

Landau was a dark-haired good-looker in the late 1950s and early 1960s, but there was a cold glitter in his eyes and his charm could curdle quickly. Like Leslie Nielsen and George Hamilton, he might make you flinch if he was about to slap you on the back, because he gave the impression that he would suddenly fold his open palm around the hilt of a knife.

It makes sense to bracket Landau with Nielsen, Hamilton, and their more supercilious-seeming peer Frank Langella. All four appeared in variations on the Dracula persona (Nielsen spoofing his wildly), reiterating the special appeal of handsome devilry and “sexy” male sadism.

Unlike the others, on screen Landau did not play the bloodsucking Count per se but Bela Lugosi in Ed Wood (1994), Tim Burton’s biopic of Edward Wood, Jr., the hack director famous for his enthusiasm, cross-dressing, and ineptitude.

Lugosi, who had created Hollywood’s Dracula archetype in Tod Browning’s Dracula (1931), was a methadone and morphine addict living in abject poverty and considered unemployable when he was introduced to aspiring filmmaker Wood, a longtime fan of the Hungarian actor.

Comfort of the cape

The two men became friends and Wood attempted to resuscitate Lugosi’s career, giving him parts in 1953’s Glen or Glenda (as the scientist narrator) and 1955’s Bride of the Monster; footage Wood shot of Lugosi dressed as Dracula for an unspecified project ended up in Wood’s Plan 9 From Outer Space (1959). Despite undergoing rehab, apparently successfully, Lugosi died at 73 on August 16, 1956.

Lugosi and Wood’s fond friendship is the emotional core of Burton’s film. Having been reduced to watching his old movies in his Dracula cape, pet chihuahuas in tow, Landau’s Lugosi is revivified by the younger man’s warm patronage. The embers of his Gothic horror persona flicker anew, most notably in his spirited (if absurd) armchair monologue. Landau makes Lugosi’s ham acting—and Wood’s undiscerning appreciation of it—extraordinarily touching. 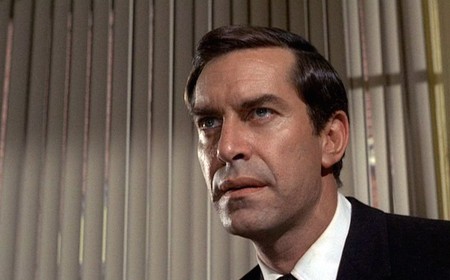 The glitter in Landau’s eye had become the twinkle of restored self-esteem in Lugosi’s. Nominated in supporting categories, Landau deservedly won an Oscar, a Golden Globe (his third), and a Screen Actors Guild award. It’s impossible to listen to Bauhaus’s 1979 debut single “Bela Lugosi’s Dead” and not think of Landau as well as Lugosi.

Landau’s own career revival had begun with his canny portrayal of the 1940s financier Abe Karatz in Francis Ford Coppola’s Tucker: The Man and His Dream (1988); his performance had brought him a second Globe to go with his award for TV’s Mission: Impossible (1966).

In Woody Allen’s bleak Dostoevskian drama Crimes and Misdemeanors (1989), Landau then gave the most reptilian turn of his life as the New York ophthalmologist Judah who blithely squares his conscience with the hit he ordered on his mistress (Anjelica Huston): the character stands in marked contrast to Jonathan Rhys Meyer’s terminally guilty mistress-killer in Allen’s 2005 Match Point.

This was Landau at his most sickeningly brilliant. Judah made Bela Lugosi seem like a pussycat.