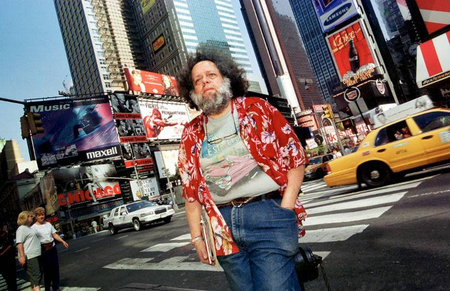 The posthumous collection Modernism in the Streets gathers fifty years of Berman’s writing and criticism.

Not far from where I grew up in Ocean Park, a neighborhood just south of downtown Santa Monica, is the Third Street Promenade, a pedestrian-only, beach-approximate outdoor shopping center. It boasts the kind of laid-back and often vacant glamour not atypical of Los Angeles, including regular celebrity sightings and recognizable film locations (1985’s Pee-Wee’s Big Adventure being a personal favorite). While it was biking distance for me, most people coming from Los Angeles drive there via Interstate 10, more commonly known as the Santa Monica Freeway, a stretch of highway that cuts through the Pico District. Once a major African-American community in the 1940s and early 50s due in no small part to the segregation that shaped the developing cities of America’s postwar real estate boom—the famously liberal Santa Monica being no exception—it would be sacrificed to serve the prosperity of downtown Santa Monica when the city began erecting the I-10 Santa Monica Freeway in 1957.

This public works project, to which the Promenade owes its current day commercial success, was made possible by the Federal Aid Highway Act of 1956, Eisenhower’s great push to expand America’s Interstate road system. While we take these highways for granted now, the history of their construction is brutal. It’s worth noting, for example, that it wasn’t until swaths of middle-class homeowners had campaigned against the I-10’s initially planned route along the Santa Monica Blvd that parts of the nearby Pico neighborhood were marked for demolition. Many of its occupants, despite their own protests, were therefore forced to move. Thus Pico would become one of a dozen of such working class American districts that fell so that America’s highways could rise. Another was the South Bronx, the site of a simultaneous construction from that era—the Cross Bronx Expressway.

“People more than a few years younger than me can’t imagine a world without highways,” the Marxist philosopher, urbanist, and South Bronx-native Marshall Berman said in what would be his last public lecture. “Clover-leaves are built-in, as much as anything green or glass or neon. They don’t know how many of the world’s grandest highways were built directly through the most densely settled and populated places. The South Bronx was one of those places. […] I said I couldn’t believe ‘our government’ would do this. My father said governments had all sorts of people inside them. The one to watch out for was Robert Moses […] his projects got built because they expressed a total elite consensus, both on what to build and on how. The way to build was this: draw lines from point A to point B, obliterate everything in between. Moses knew how to do that.” 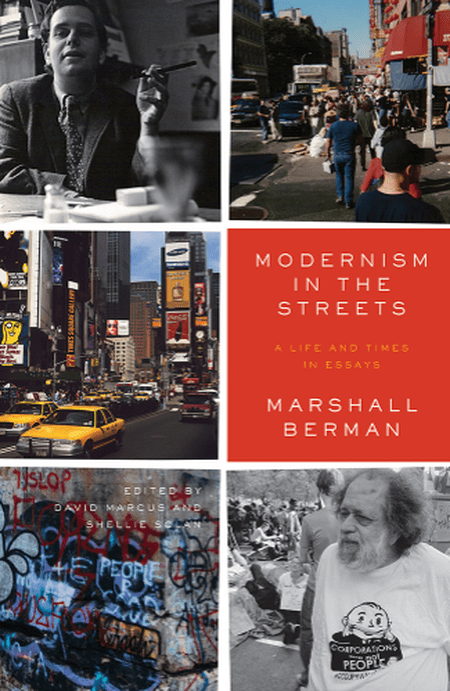 Berman was fifteen in 1955 when the construction on the Cross Bronx Expressway began, and until his death in 2013 at the age 72, the “self-destructive tendencies of New York—and, more generally, of modern urban life—were to become the central preoccupation in Berman’s work.” This quote is from the introduction to Modernism in the Streets: A Life and Times in Letters the first major posthumous gathering of Berman’s essays, which spans nearly fifty years and concludes with the lecture above (published as “Emerging from the Ruins”). Co-edited by David Marcus, an editor at The Nation and editor-at-large of Dissent, and Berman’s wife, the scholar Shellie Sclan, Modernism in the Streets is a comprehensive testament to the singular style with which Berman espoused, with equal urgency and earnestness, the tragedies and triumphs of modernity, and its continuing impact on the ways we navigate urban space.

Throughout the collection Berman considers the dialectics of modernization—the resulting processes of various social, economic, and technological mechanisms that keep the world in a state of “perpetual becoming”—and modernism—the ideas, artworks, and projects that “aim to make men and women the subjects as well as the objects of modernization, to give them the power to change the world that is changing them.” These studies would help inform Berman’s masterwork All That is Solid Melts Into Air (1982), which examined the historical, literary, and social traditions of modernism and modernization, covering the likes of Goethe’s Faust (for Berman, perhaps the most prescient and pointed work on the modern condition, a “tragedy of development”) to the oft-overlooked modernism of Marx’s prose. But it’s the final chapter where Berman confronts the villain of his childhood, when he chronicles the public works and legacy of the notorious New York urban developer, Robert Moses.

Moses would haunt Berman’s thoughts for the entirety of his career. As part of the New Left in the 1960s, a generation he endearingly termed in its more contemporary state as the “Used Left,” much of Berman’s activism was rooted in urban activism contra Moses’s infrastructural puissance. In his 1975 essay, “Buildings Are Judgment, or ‘What Can Man Build?’” Berman recounts two separate anti-Vietnam War rallies during which the protesters occupied a gymnasium at Columbia University and later at a parking lot at the People’s Park in Berkeley. “Suddenly,” he writes, “for the first time anyone could remember, America’s master builders were on the defensive, publicly despised for their ‘public works’; there was a vast wave of free-floating popular sympathy for ‘the people’ in the way, and this sympathy could often be utilized to block the way […] In the New York version of this drama, Robert Moses played a crucial role: He was sitting on top of the world we were trying to stop, lashing his men and machines to move faster as resistance grew. Thesis and antithesis, he and we needed each other.”

Like most folk who’ve grown up in cities, Berman and his neighbors experienced first-hand the dark side of modernization, revealing to him Moses’s “dynamics of power: what got built, and how, and for whose benefit, and what happened to the people who happened to be in the way”. But for Berman, simply identifying the dominion at the core of urban development wasn’t enough. Rather, he sought to investigate bourgeois society’s insatiable need to build and to sell property, to innovate and streamline production, to push markets to greater and more profitable heights. To him, the fight for space and other public goods was the fight for modernity made manifest.

“I’ve come to see the street and the demonstration as primary symbols of modern life,” he writes in “Signs in the Street,” a response to Marxist historian Perry Anderson who had criticized Berman’s conception of modernism as not being conducive to revolution. “It might be more fruitful if, instead of demanding whether modernity can still produce masterpieces and revolutions, we can ask whether it can generate sources and spaces of meaning, of freedom, dignity, beauty, joy, solidarity. Then we would have to confront the messy actuality of in which modern men and women and children live.” This is the foundation on which Berman would penetrate the surface of urban life to the modernist impulses that lay beneath. 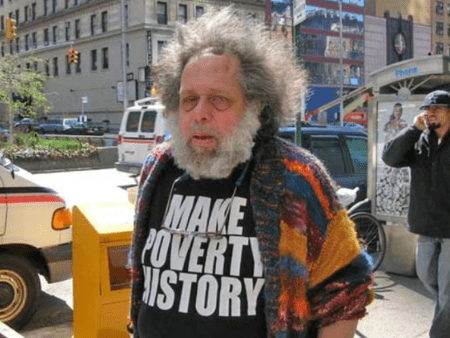 Part of the joy of reading Berman is to experience his often poetic prose, which calls to mind his love for literature (an entire section of the book is devoted to Franz Kafka, Isaac Babel, Alfred Kazin, and Orhan Pamuk). He was equally adept at extolling graffiti art as a reclamation of space, and declaring Grandmaster Flash & the Furious Five’s 1982 hit “The Message” as sophisticated a reminder as any that “social disintegration and existential desperation can be sources of life and creative energy.” For Berman, all space—be it physical or cultural—is social, occupyable space that can be repurposed for more egalitarian ends. He’s something of an optimist, angling his readers to provoke institutions that would domineer and privatize space, unwittingly turning it into a means for their own undoing. In this regard, nothing is off limits.

Again and again Modernism in the Streets showcases Berman’s populist brand of Marxist humanism. In the essay, “Caught Up in the Mix” (published originally as the introduction to his 1999 collection, Adventures in Marxism) Berman writes of the early texts of Marx that so inspired his life and work: “I think Marx understood better than anyone how modern life is a mix; […] one mix—‘the mix’; how we call are caught up in it and how easy, how normal it is for the mix to go awry. He also showed how, once we grasped the way we were thrown together, we could fight for the power to remix.”

For Berman, there is a continuity between every quintessentially modernist expression, be it the Zuccotti Park encampment, Grandmaster Flash, or the brazen cruelty of Robert Moses’ public works projects. It’s just a matter of looking past these tangible endeavors to re-shape the modern world and to the social realities that give the world its form. It’s also a matter of whether the modernist undertakes these endeavors on behalf of the people or on behalf of capital. “Marxist humanism can help people feel at home in history,” he writes, “even a history that hurts them […] It can help new generations to imagine new adventures and arouse their powers of desire to change the world, so that they not only will be part of the mix, they will get to do the mixing.”

Tyler Curtis is a writer based in New York. He is an editor for the White Review.