Manchester United Continues to Gain Popularity in the U.S. 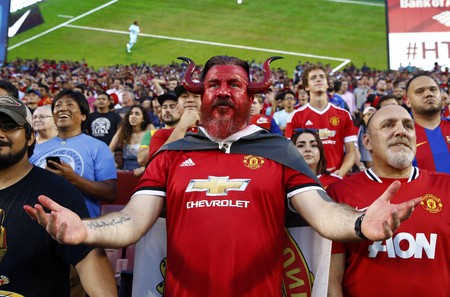 It was a typical late fall, early winter morning in New York City. The sun was masked by an endless blanket of gray clouds. A bone-chilling wind whipped through the streets. Whether the result of the night before, or of the current chilly conditions, not many people were out and about yet.

Still, a line of people proudly donning red sprawled down the block along the Brooklyn waterfront. Some were holding scarves in the air. Some were chanting. Others clapping.

“It’s great to see a turnout like this from the fans, especially on a day like today because it’s not the warmest day in the world,” Manchester United legend Andy Cole said. “They still turned out and they were here early… For them to still be turning out on a day like this and be excited for someone like me who retired quite a few years ago is absolutely brilliant.”

The event, as all of United’s fan events around the globe, are part of initiatives to help not only grow the club’s fanbase, but also reward their faithful supporters with opportunities to meet former players and win once-in-a-lifetime trips and prizes.

“I really like the chance to share the passion about sports because this town is crazy about them,” Saha said. “They love football. To see that passion with the United fans is amazing; I’m very privileged to be part of it.”

Cole and Saha were in New York City the entire week leading up to the event, taking in the sights and sounds. Cole, a club ambassador, attended a Manchester United fan event in the Big Apple a few years ago and was happy to be back.

“I love New York,” he said. “This is a kind of place I could end up living; not in the winter though. It’s a bigger, bigger version of London. If you can deal with London, you can come here and enjoy yourself, definitely.” 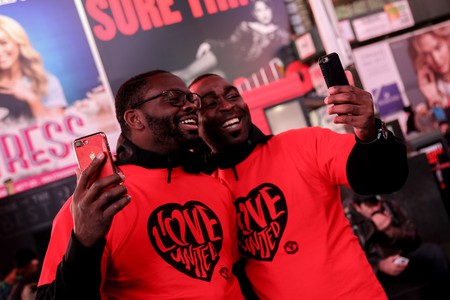 Manchester United, which has a won a record 20 English league titles, is one of the most popular soccer teams and sports franchises in the world.

“Football is represented everywhere in the world and I think United are a great ambassador for it,” Saha said. “The United States understands that. They do a lot of stuff promoting themselves here because they sport brings a lot of value.”

Manchester United does a pre-season tour in the United States and participates in the International Champions Cup—a pre-season tournament featuring the biggest clubs in the world.

“It’s gotten absolutely huge,” Cole said. “I think we all know and appreciate the size of the United States, but when you come here and people are talking about Manchester United playing football and the numbers that turn up for the [pre-season] games, you say, ‘Woah, that’s how much the game’s grown in the U.S.’”