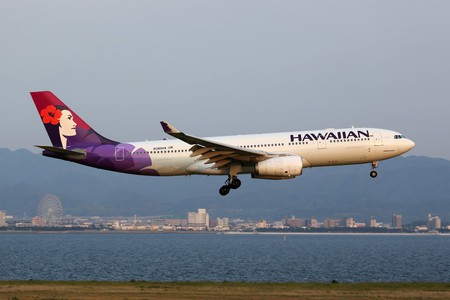 One rather drunk man on board a Hawaiian airways flight thought otherwise. While airlines have been demonised lately (we all remember that United fluke), they are the ones who actually got it right this time. Last Monday, a federal judge ruled that James August had a little bit too much to drink on board his flight and now has to pay the airline almost 100k in fees.

The flight of which we speak took off from Honolulu last November and was bound for New York, but was forced to turn back because of August’s drunken behaviour.

According to the Honolulu Star-Advertiser, August harassed flight attendants on the runway, threatened crew members, his girlfriend and his children as well as other passengers during take off. The New York Post went even further and found out that when on board the plane, August asked for even more booze, even though he managed to smuggle his own onto the flight, too. In his defence, August said he has no recollection of what had happened, but did not deny any of the charges brought against him.

So why does he have to pay so much? Simple, when you have to turn a plane around, it costs quite a bit of money: fuel, ground crew, landing fees, re-catering – it all adds up. Oh, and let’s not forget that Hawaiian airlines had to reimburse all of its passengers that day, as well as handing out a load of meal vouchers to all those who were delayed (something he luckily wasn’t held accountable for).

Let’s hope he thinks twice about the drink before he boards his next flight – you too, for that matter…