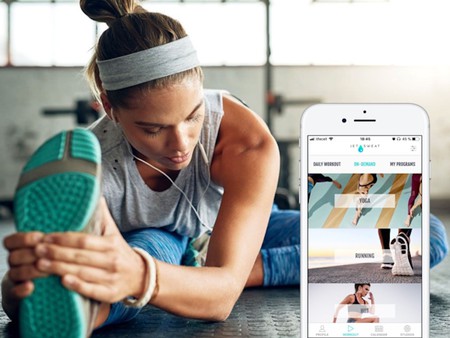 New app and tech platform JETSWEAT allows New Yorkers to take their favorite boutique workout classes with them wherever they go.

Like many New Yorkers, Erin Frankel and Alexandra Dantzig would travel for work several times a month, packing 2lb weights and fitness DVDs in their carry-ons in an attempt to maintain some semblance of their normal fitness regimen.

“In the simplest sense it was really just wanting to take my workout with me when I was traveling for work or for pleasure, and not [have to rely on] YouTube videos or anything like that,” Dantzig explains. Bored of hotel gyms, the pair decided to launch an app that would enable them and their jetset peers to access boutique classes while on trips.

They called their platform JETSWEAT and went about signing some of New York’s most beloved studios. Currently there are 16 on the platform, including CONBODY, modelFIT, Sky Ting Yoga and WOOM Center, with more in the pipeline. 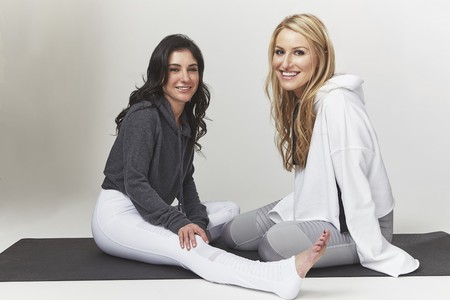 “Nobody had yet launched something that was the go-to fitness app for anybody who wanted to take their favorite classes to go,” says Frankel. “And in addition to these classes we wanted to also create a technology that […] allowed people to customize their training based on which body parts they wanted to work on, what equipment they had with them, and how long they wanted to work out for”.

Each video, which features the founder of the studio (fitness influencers in their own right), has 100 different data tags so users can select a workout that meets their specific needs. Right now classes require minimal equipment and there’s also a list of quick hacks (i.e. ‘don’t have light weights? Use two water bottles instead’), but eventually the duo hope the app will have every fitness category, including treadmill and spin classes for those with gym access.

While JETSWEAT is designed with travelers in mind, Frankel and Dantzig wanted to make New York’s coolest classes affordable and accessible to everybody. Sign up now and you’ll get a monthly subscription for just $10.