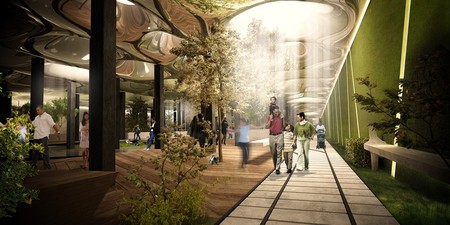 In a city where open green space is coveted and hard to find, a new, massive park is opening. But despite everything you ever thought a park could be, this new green space called The Lowline will, in fact, be located underground. It will have all the greenery and sunlight you expect and need from a park, yet it will be below the streets of the city. It’s a groundbreaking project unlike anything else on Earth, and we wanted to know more. So, to learn exactly what this project is and how it’s possible, we asked Robyn Shapiro – the deputy director of the project who’s involved with the production of all aspects of The Lowline – to tell us.

Let’s start with the basics. Could you describe what The Lowline is?

The Lowline is an effort to build the world’s first underground park in the Lower East Side of New York City in an abandoned trolley terminal. The trolley terminal is over 100 years old; it’s been abandoned for almost 70 years, and the way we’re able to transform this underground space into a growing green space is through a new type of solar technology. The technology we’re using has the ability to channel natural sunlight underground, so a place you wouldn’t normally think to go to for a day in the park can be transformed for this type of use.

How did the idea come about? How did you get from finding this abandoned trolley station to deciding to transform it into a green space?

Over the years, we’ve gone through many steps to get to where we are now, which is seeing The Lowline as a future reality in our city. The way the idea came about was that one of our co-founders, James Ramsey, a former NASA engineer, has always been really fascinated by light. He was playing around with ways that we could almost treat light like a liquid and deliver it places where it wouldn’t normally go, originally thinking they would use fiber optic cables. Around the same time, he was tipped off about this abandoned space, and that was the site for the Williamsburg trolley terminal. When he went down there, the two ideas sort of merged. He thought, ‘I have this really cool lighting technology, and here is a space that’s beautiful and historic, and if it was illuminated, it could be a place that people come to.’ So that was the idea, and then over the years, we’ve been talking to different leading engineers and city officials to investigate if this would be possible. Recently, in July of this year, we got the official site designation. 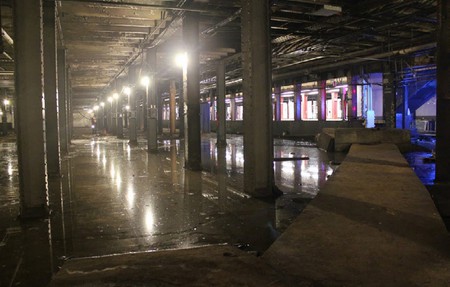 How the space looks currently | © The Lowline

What will be the next steps towards officially being opened to the public?

When the city gave us the official site designation, they outlined a few important steps that we need to meet in order to confirm the opening. The first is a large fundraising target. Also, a really deep community engagement process – and we’ve been engaging with the community for years now. One of our biggest community engagements is our ‘young designers’ education program where we’ve educated over 2,000 local youth, but now we’re talking to a greater diversity of people – parents, community leaders, and anyone who wants to be involved with envisioning what the future of The Lowline could become. The third area is that we need to further our design planning so that we have a full construction plan for when we’re ready.

How exactly is the space being used right now?

What we have going on right now is our Lowline Lab. We opened The Lowline Lab last October as a way to both allow us to do the research needed on the lighting and on the landscape to see what sorts of plants can grow in these conditions, but also to invite the public into the process. It’s free and open to the public every weekend from 11am to 5pm and will be open through March of next year. People can come down and see the technology and the landscaped area up close. They can learn about the project and have a little bit of a respite in a busy city like New York. We also offer a bunch of community programming. A big part of the lab is to understand how people use the space and what they want to see in the future space as well, so we collect ideas from people and have a lot of different ways that we’re engaging everyone who comes by. 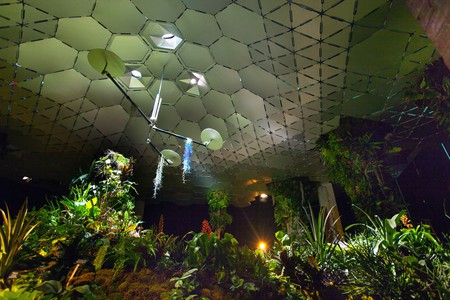 The Lowline Lab, currently open on weekends | © The Lowline

What’s the vision for the official Lowline space? How do you see it being used or hope that it gets used?

A lot of what we’re doing in the lab and with community engagement will really determine that. It’s an exciting part of the process – it’s not up to me or anyone else on the team to determine what happens there. We’re trying to get a wide amount of input to determine the use. But essentially, what’s part of our mission is that we’re committed to having a free green public space that benefits the people living locally near it. A lot of what we’re doing at the lab is an indication of what’s to come – that we do want to have an exciting programming calendar and we do want it to be space where people can gather, do something leisurely, meet a friend for a coffee, have lunch, or just have some down time and escape the city. 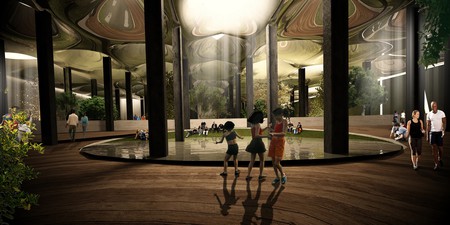 Is there anything else in the world that’s like this? Are there other underground green spaces that you’ve drawn inspiration from? Or is this a new concept?

We would be the first space of its kind in the world. So that’s a really exciting thing, and hopefully, it will set a precedent for other underground projects.

Anything else that you’d want people to know about it?

The exciting thing is that people have until March of next year to come down and check it out. People should check out our website to find out about whatever programming we have going on that weekend, as well as if people want to sign up for our mailing list to get updates. We’re really excited about our education program, and we have applications open now for youth who are going into their junior year of high school to take part in a career training program. They also get a $1000 scholarship. 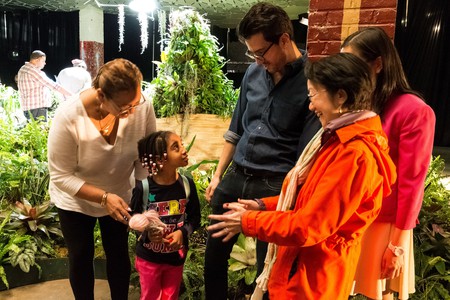 A Lowline community event | © Deborah Lowery
Give us feedback