An Inside Look at the NFL Draft 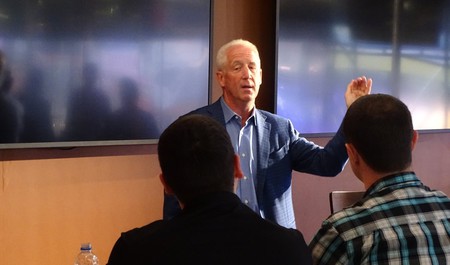 The veteran coach, who has lead the Carolina Panthers, Denver Broncos, and Chicago Bears, provided an inside look into the NFL Draft and what it was like grading and evaluating players, blocking out outside noise, and managing draft-day trades, all while trying to make the best decisions for a given organization. 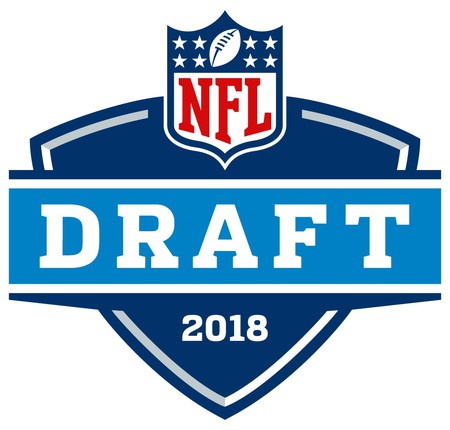 The NFL Draft is the major means through which all 32 teams build up their rosters. While teams can make trades, sign free agents, or promote players from their practice squad, the draft is mainly where teams search for their franchise players, whether it’s grooming a quarterback to take over the reins in a few seasons or a hard-hitting linebacker who bursts onto the scene as a rookie.

The process is long and arduous. It can be rewarding. It can be frustrating.

Following the football basics and IQ comes the measurements—height, weight, arm span. After the measurements come movements, which are showcased annually at the NFL Scouting Combine. Scouts and teams get a better look at potential draftees by putting players through a variety of physical and mental tests.

Fox was quick to point out the hype surrounding the 40-yard dash, one of the major focal points and metrics referenced in player analysis, citing that a bad 40 time isn’t necessarily indicative of failure or success in the NFL. (See: Anquan Boldin) A player’s stock may unjustly fall simply based on genetics— for instance, if he’s 5-foot-6 and not 5-11. (See: Tarik Cohen)

“We go crazy with these measureables and you get too many opinions floating around and then you can’t make a decision because you’re trying to do too much,” Fox said. “You have to keep it simple.”

Everyone from bloggers to insiders to the common fan has an opinion about which player(s) a given team should draft or what order the players should be ranked. While the noise can be overwhelming, Fox said the team’s staff does its best to not get caught up in the hype.

“It promotes our game,” he said. “It’s great for the fans. It’s like free marketing. Our draft might outdraw other major sports’ games and that’s cool. It makes you feel good about our league and our product.”

Fox said organizations can also utilize the media in an effort to sway other team’s thought processes or selections ahead of the draft by placing fake stories or leaks into the public. For example, while he was coaching the Bears, Fox said the team was interested in selecting Clemson University defensive lineman Vic Beasley at No. 7 overall in the 2015 NFL Draft despite having no intention of taking him.

“People know how to play the game,” Fox said. 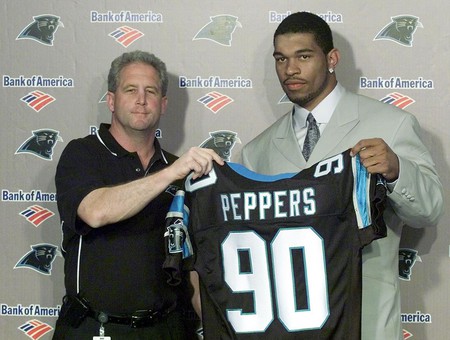 The anticipation is palpable. The NFL Draft is now slated for primetime, so coaches and staffs anxiously wait around all day for the event to begin. Fox said teams usually have their board — a ranking of players — set by draft day, so there isn’t much last-minute second guessing.

Trades are a usual occurrence ahead of and during the draft. Typically teams will contact one another days before the start of the draft to begin discussions on trading picks or players. Sometimes the specific details of the trade aren’t revealed until later as teams are in a bind during the draft to make their selection during a given time period.

Fox said because the number of NFL head coaches is so few, they all know each other in their small fraternity. The head coaches know teams’ general managers and owners as well, so they build up relationships, and more times than not, communication and phone calls aren’t out of the blue from an unknown.

“There’s a lot going on,” Fox said. “You can’t call timeout; the clock is running. It’s not fly-by-night.”