Inside NYC’s Leslie-Lohman Museum, the Only LGBTQ Art Museum in the World 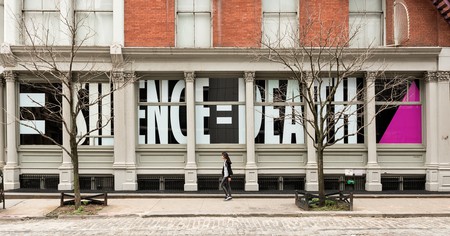 Parrish Turner
Us Books Editor19 May 2021

When Charles Leslie and Fritz Lohman first held an art show out of their SoHo loft in 1969, they could not have predicted what their passion for art collecting would become. Today, the Leslie-Lohman Museum puts a necessary spotlight on LGBTQ art and the artists’ legacies in New York.

In the center of SoHo sits the only accredited LGBTQ art museum in the world. The Leslie-Lohman Museum of Gay and Lesbian Art has been highlighting the work of LGBTQ artists for over 50 years.

Charles Leslie and Fritz Lohman met and began collecting art in the 1960s, with a heavy focus on homoerotic art. They held their first show in their apartment in the same month as the Stonewall Riots – a moment in history that would grow in significance over the years. They wanted to prove that there was a market for material that was explicitly gay, to give artists the motivation to make it in the first place. Much of this art was considered worthless at the time, as few had the courage to display explicit art, although the sexual revolution and gay advocacy were shifting the cultural conversation around homoerotic art and erotic art generally. 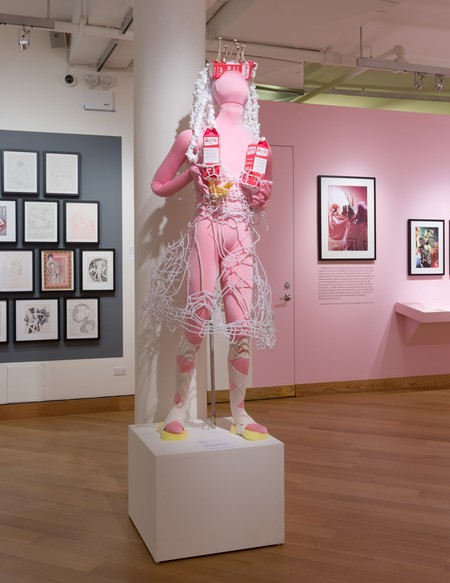 Their collection rapidly expanded in the 1980s during the AIDS crisis. This new illness swept through the community, and gay men were dying at rapid rates, leaving their art behind. As Leslie told Smithsonian Magazine, “Within two years we lost 14 good friends. Two of them died in our house because they had no place to go.”

Friends of the deceased would reach out as family members cleaned out the apartments. “It may be somewhat urban legend,” says Jerry Kajpust, director of external affairs for the Leslie-Lohman Museum, “but I know Charles and Fritz would get calls.” Unsure of how to handle the art, families would often throw it out. “All this dirty, trashy art they threw out [would end up] on the street when really it was something that needed to be claimed and preserved. [The founders] also saw the need to save a lot of this important artwork that was being destroyed and would be lost from our community.” 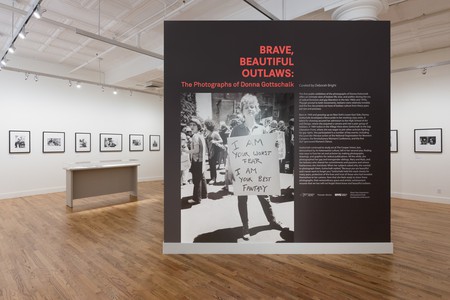 But they couldn’t save everything. Sometimes the calls came too late, and there were too many of them – the work became a race against time and disease. In an interview with NBC News, Leslie spoke of his friendship with the artist George Dudley: “He said, ‘Just promise me one thing, you’ll take care of my art.’ And of course, we have it. It’s part of the permanent collection.”

The collection has grown a lot since the dumpster-diving days. With about 30,000 items, the museum boasts work from Robert Mapplethorpe and Keith Haring, as well as lesser-known artists whose contributions to LGBTQ art risked being lost to history. The museum continues to bring awareness to under-appreciated queer artists such as Barbara Hammer, best known as a queer filmmaker, whose exhibit ran from October 2017 to January 2018 and helped bring attention to her other artistic forms, including paintings, drawings and collages. Another powerful exhibit, Art & AIDS: 35 Years of Survival, was held in 2017 in conjunction with Gay Men’s Health Crisis (GMHC) as a fundraiser for HIV-positive individuals and healthcare for the community. The museum’s exhibits also frequently contextualize art in relation to larger cultural movements and moments; On Our Backs: The Revolutionary Art of Queer Sex Work explored the history of queer sex work, specifically the role queer and transgender sex workers play in community building and activism. 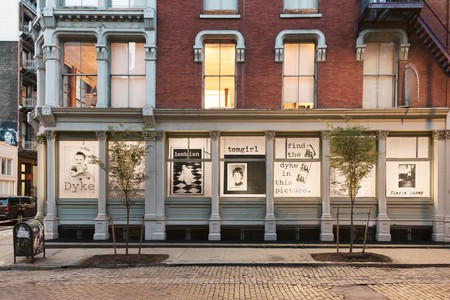 The ‘Fierce Pussy’ facade at the Leslie-Lohman Museum | © Kristine Eudey

A current priority of the museum is to highlight the diversity of the LGBTQ community. While most museums’ collections, such as that of the Museum of Modern Art, are overwhelmingly dominated by male artists – only 3 to 4 percent of the art at most museums is by female artists – 18 percent of Leslie-Lohman’s collection is by artists who do not identify as men. “In that respect, we are doing well,” explains Kajpust. “But we have definitely made a commitment to build our collection in those areas so we have a fuller collection and a fuller spectrum of the community.” The museum followed through on its commitment with action: former executive director Hunter O’Hanian set up an acquisition fund to increase the gender diversity of artists in the museum’s collection. “It was a strategic move to ensure the collection begins to reflect the diversity that we work with,” says director of development Eduardo Ayala Fuentes. 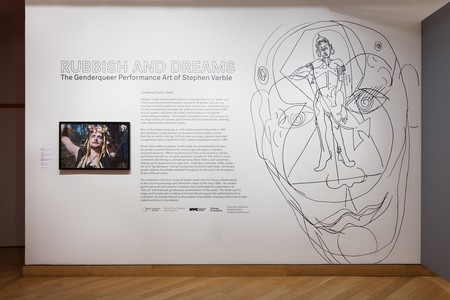 The museum also expanded its educational offerings by hosting speaker series and writing workshops in an effort to spread awareness of the museum as well as educate the public about the history of LGBTQ art. Leslie-Lohman has pushed back against the stereotype that queer art is scandalous by introducing Family Day, hosted by Lindsay Amer of YouTube’s Queer Kid Stuff, which brings children into the museum to explore art and LGBTQ culture and history.

Co-founder Lohman died in 2010 and endowed the museum with his estate, which allowed the organization to apply for accreditation without seeking donors or grants. This accreditation from the Board of Regents of the University of the State of New York makes the Leslie-Lohman Museum the first and only accredited LGBTQ art museum in the world. Leslie, Lohman’s partner for 48 years, has also stepped away from running the museum, but the legacy of the couple’s work and dedication to queer expression will live on within the walls of the museum.

“There are other LGBT museums, but they are more historical and cultural whereas we really focus everything around a visual art framework,” reminds Kajpust. “We still tell history, we still tell stories, we still tell narrative.” 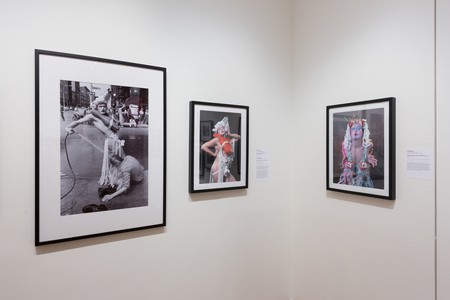 A close-up from the Varble installation | © Kristine Eudey