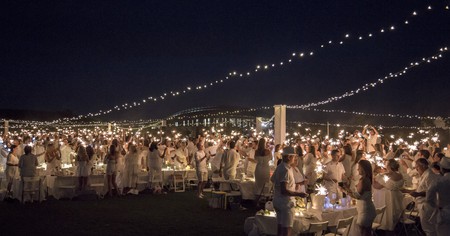 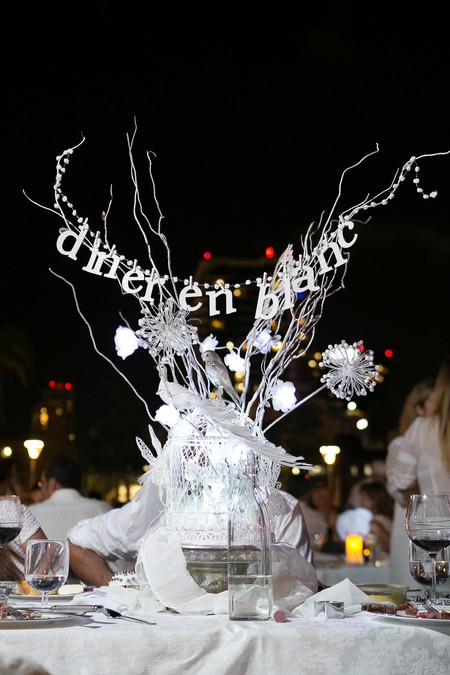 For one summer night only, the public transportation systems of the world’s major cities are besieged by thousands of people attired head-to-toe in white, arms laden with dining paraphernalia. This conspicuous crowd is headed to Diner en Blanc – an exclusive picnic party that pops up for a single night in cities across the globe, before vanishing without a trace. 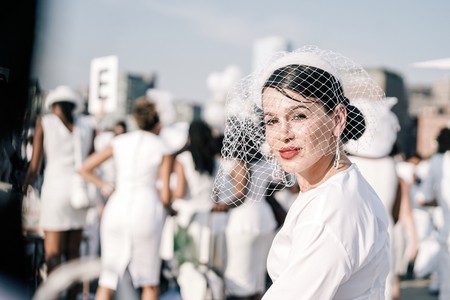 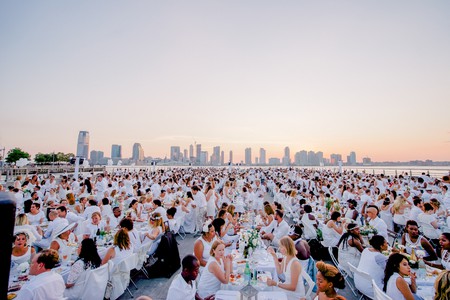 It looks like a piece of well-orchestrated performance art, but Diner en Blanc was actually conceived quite unconsciously. Back in 1988 a Frenchman named François Pasquier invited a large group of friends to a picnic in Paris’s Bois de Boulogne. In order to spot one another in the busy park he suggested they should all dress in white. From that first successful picnic Diner en Blanc grew quickly; the previous attendees were invited to bring a guest of their own the following year, and before long these annual banquets were packed with more than 1,000 loosely connected Parisians.

In 2009 Diner en Blanc expanded to Montreal, and shortly after that it became a full-fledged company owned by François Pasquier’s son Aymeric Pasquier and co-founder Sandy Safi, an events planner born in Beirut. It was the duo’s first Diner en Blanc in New York in 2011 that sent the event international; soon it reached Philadelphia, Singapore, Kigali, Sydney, Vancouver, Brisbane and Mexico City. The list of locations grows every year. 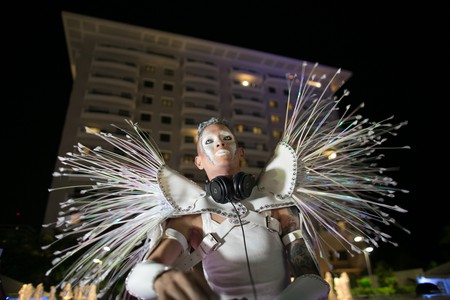 To bring Diner en Blanc to their city, would-be organizers apply for a free license and undergo a vetting process to check they have the skills for the job. If successful they begin coordinating with local authorities to secure locations in public spaces. There is no shortage of organizers and volunteers looking to take on the challenge; the theatrical al fresco dinner party is now held in more than 80 cities across six continents.

“The event has a photogenic quality that makes it take off social-media-wise,” says Safi. “So somebody in Chile who has friends and family in Boston will see pictures and be like ‘We could do this in Chile,’ and so on. Every time an event takes place it creates more around it. It has a multiplying factor.” 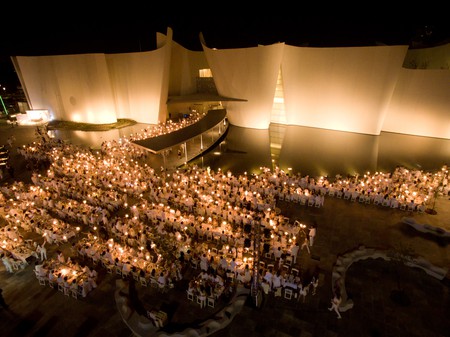 As Safi notes, even if you’ve never stumbled across the sea of silvery diners drinking champagne in the moonlight, chances are you’ve seen photos of the soirée somewhere. Perhaps you’ve wondered how to snag an invite next year?

First you have to find a sponsor – a previous attendee who can extend an invite. Either that or join the giant wait list and hope for the best. (In 2018 the New York Diner en Blanc wait list was 64,000 people long.) If you’re one of the lucky few who score an invite, you’ll fork over up to $43 for the ticket, which includes transportation from the meeting point to the destination, and $10 in membership fees (to be paid annually or you forfeit your invite to future events). As the date of Diner en Blanc approaches you’ll plan your all-white outfit (no ivory, beige or off-white allowed) and figure out your dish – to be transported in a white container, of course. This is a classy, French-inspired affair, so only champagne and wine are allowed, no beer or spirits. Wait patiently, because the secret location is revealed only on the day of the event. After receiving the email your group will carry tables, chairs, table linens (white), utensils, plates and glasses (no plastic) to the location and set up their dinner party.

It’s no small commitment. But, says Babs Cheung, a fashion stylist from Queens, Diner en Blanc is worth the effort. She attended the New York Lincoln Center event in 2017, after being on the wait list for approximately four years. 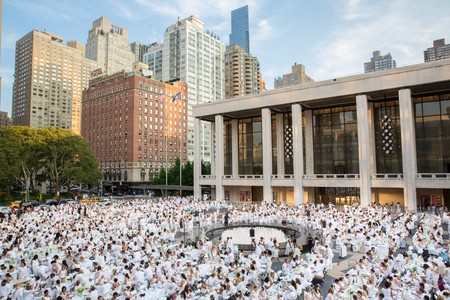 “I was imagining that it was very hoity-toity and only the elite of New York get to go, but I was so wrong,” she says. “I was blown away by the amount of diversity and the fact that no one was stuck up and everybody was very welcoming. I was entranced by everything.” 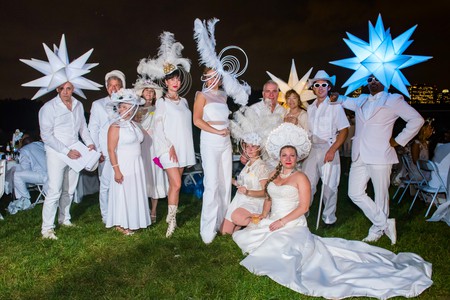 Cheung, who has kept in touch with her group from 2017 and added six of her own friends since, describes her fellow Diner en Blanc diners as a kind of extended family. In some ways the interconnectedness of the attendees along with the distinctive aesthetic and routine make it feel a little bit like a wedding – one with 5,000-plus guests where it’s very much acceptable to wear white even if you’re not the bride. Proposals are common and Safi notes that actual weddings are sometimes held during Diner en Blanc, with fellow diners as witnesses. 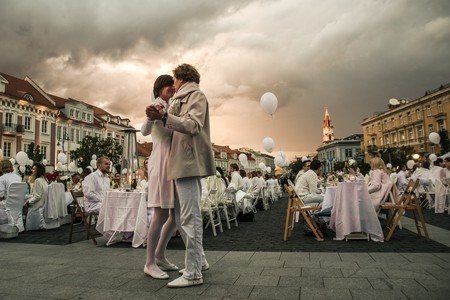 A visually striking event, Diner en Blanc is made for the age of social media | © Vilnius Domantas Kvedaras

“Not at many events do you participate in building it, as a guest,” she says. “It’s a unique group of people who share a love of food, fashion, travel and a love of the outdoors. You start building bonds with all the people around you.” 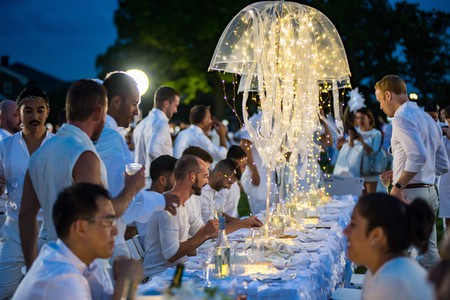 As midnight approaches, old and new groups of friends must clear their plates, pack up their picnic and begin the journey home. The soirée dissolves, leaving no trace besides an eruption of Instagram content. 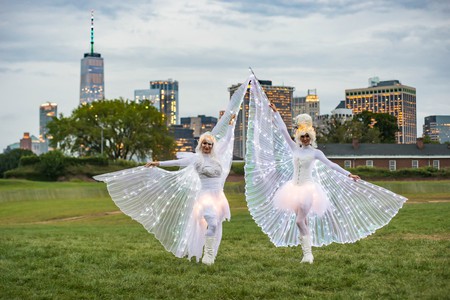 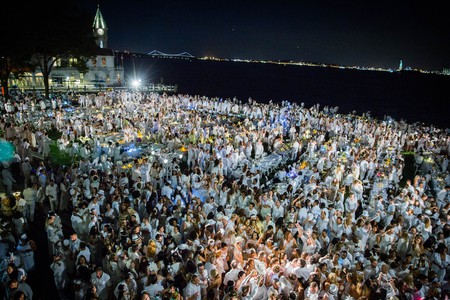