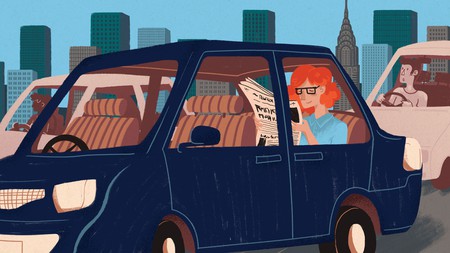 Driverless cars are coming, and they’re going to change our cities irreversibly. A recent study by consulting firms Arcadis, HR&A Advisors and Sam Schwartz Consulting predicts a shift of 3.6 million cars from traditional to autonomous vehicles in the New York metro area over the next 15—20 years, but what exactly will this change look like, and how can cities prepare?

This kind of drastic change in transportation methods should be compared to the introduction of railroads, mass transit, or the original automobile. Each of those historic progressions changed the way we live our lives, and the environment in which we live them. Autonomous vehicles, particularly when used with ride-hailing and ride-sharing services, have the potential to do the same. 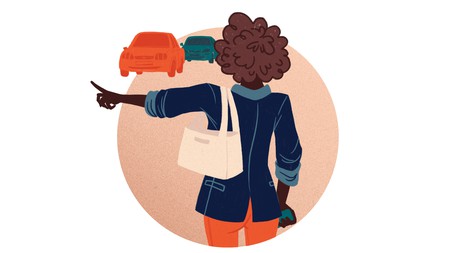 The benefits of driverless cars have been well documented. There’s a chance to take millions of cars off the roads, to decrease emissions, increase efficiency and improve social equality. In fact, the positives are almost endless—if the technology is deployed well. The change won’t necessarily be all positive, which is why experts have attempted to establish a roadmap for cities to successfully integrate driverless cars.

The emergence of ride-hailing apps—and Uber in particular—made the city of New York look sluggish in its attempts to adapt to new technologies. Uber had already grabbed a gigantic portion of the taxi market by the time the local yellow cabs had their own ride-hailing app. This has led to concerns that if the city is asleep at the wheel during the autonomous vehicle revolution, the effects could be almost entirely negative.

“If the cities don’t get ahead of this thing, they’re going to fall right underneath it,” Peter Glus, Arcadis City Executive, says in a phone interview.

Glus mused that if autonomous cars are left unregulated, their rising popularity could increase congestion, encourage sprawling populations, and add to growing inequality in cities. There’s also the chance that cities will lose out on a lot of money, as revenue from transit tickets and parking fees could drop drastically. 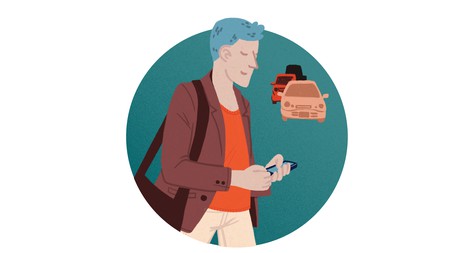 “In New York City we’ve got a lot of different transportation choices. In many ways, all these different modes are competing against each other. One of the things which has shifted quite a bit recently is the advent of private transit—ride-sharing services, services that use e-hails to bring a fleet to you and drop you off at your destination. They can either be shared or single occupancy,” explains Glus.

According to Glus, cities have two options. Either they can compete against private transit, or they can try and incorporate it into public policies to get the best out of both. For New York, that may mean working with the likes of Uber and other driverless car hailing services to fill the gaps in public transport, or to help drive more people to areas which are struggling economically.

It’s very likely that we will see a ‘last mile’ driverless solution first, where passengers take public transit up to a point, then take driverless pods to their homes or places of work. And as America embraces being driven around by driverless cars, parking could become obsolete. That’s going to make a huge difference to the way our cities look. According to data in the study, right now there are around eight parking spaces per car in the U.S.—about 2 billion spaces in total. If you put all of those spaces together, they’d take up land equivalent to Vermont and Connecticut combined. In total, parking takes up 45—65 percent of space in a typical U.S. city. 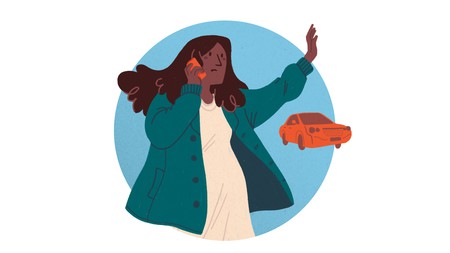 Glus recommends cities take a series of steps to ensure they don’t lose out when automated vehicles hit the streets en masse. One is to use smartcards, apps, and open data to make sure people can book and pay for trips across different transport types.

The study also recommends adaptable parking and modernizing public transit. It says that dynamic pricing would also help to reduce congestion and inequality, as prices could change based on rider income, origin and destination, number of passengers, and other factors.

If New York embraced driverless on-demand cars overnight, the city would have a very different feel in the morning. The change is coming, but whether the city embraces and profits from it remains to be seen.