How to Spend Three Days in New York 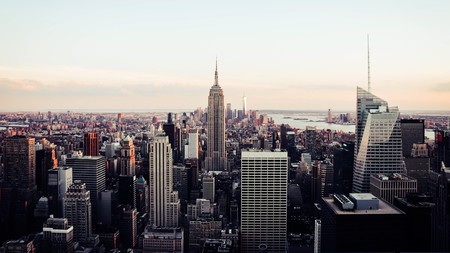 Three days in New York is not enough. The bustling city has so much to offer that booking a return trip will probably be the last thing you check off your current trip’s itinerary. From art and food to music and history, there is no deficit of culture to absorb. This guide will help you see as much of the city as possible in just 72 hours (or fewer, assuming you sleep).

Rise and shine. Assuming you’ve adjusted to NYC’s time zone (and the honking cars haven’t kept you up), you should be ready to take a huge bite out of the Big Apple. Start your day on the Upper West Side, a classic, mostly residential neighborhood that might look familiar due to it often appearing on film. To make the most of your time, stop at Zabar’s on 80th and Broadway to grab a bagel and lox. This classic Jewish deli has been a neighborhood institution for more than 80 years, and its take-out coffees and sandwiches are the perfect food to grip while exploring Central Park. 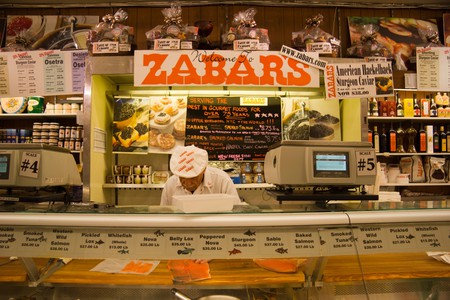 A handful of blocks north and several avenues over is the 86th St Transverse in Central Park. This route travels along the Jacqueline Kennedy Onassis Reservoir, named for the former First Lady, who used her society sway to save many New York landmarks, culminating most notably in a successful campaign to renovate, not demolish, Grand Central Terminal. The reservoir has panoramic views of the surrounding city, from which the Eldorado, a grand art deco apartment building, dominates the skyline. 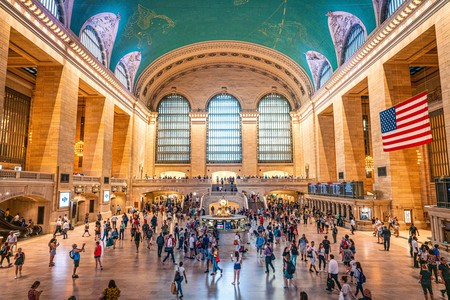 The next step, if done correctly, will take you from the morning to the afternoon and evening easily. The transverse pops you out on Museum Mile, the stretch of 5th Avenue that comprises an unsurpassed row of cultural institutions, including the Met and El Museo del Barrio.

While it would be easy to spend an entire afternoon in the Guggenheim alone, it’s time for dinner, and Michelin-star Daniel is worth a detour. The classic French restaurant has a rotating seasonal menu, an award-winning wine cellar and madeleines that would make Proust’s mouth water.

You’ve seen the UWS, so now, head down to Midtown. Start by having breakfast at one of the neighborhood’s last diners, Westway, which opened in 1988. Here, Jerry Seinfeld and Larry David had the first talks about the show that would eventually be known as Seinfeld. Try the red, white and blue french toast, topped with blueberries, strawberries and banana slices. 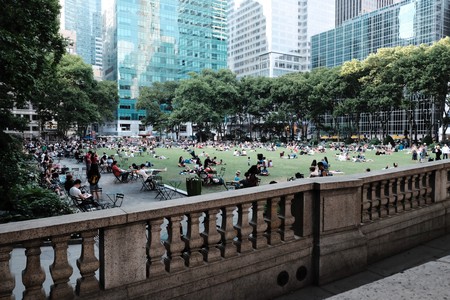 A short walk away is the one-two punch of Bryant Park and the New York Public Library’s main branch. The former is a great destination in any season, with a big patch of green space that makes for an excellent spot to take a load off in the summer. In the winter, it hosts holiday shopping pop-ups. There are also many food options, including a large Whole Foods, so grab something to go and enjoy it at the tables around the park.

The NYPL is buttressed by two legendary lions, Patience and Fortitude, which are seen as symbols or mascots for the columned building. Inside, you don’t need a card to enjoy the high ceilings, marble staircases, grand rooms featuring oil paintings or the free exhibitions.

It’s probably 5pm at this point, so it’s appropriate to walk over to Grand Central to dine at the landmark Grand Central Oyster Bar & Restaurant. With a wide selection of beers on tap and some of the best oysters rockefeller in the city, it’s a great spot to relax and enjoy the stunning vaulted, Guastavino-tile ceilings.

Bagels are a quintessential New York breakfast, so head to Lower Manhattan for a smear at Black Seed. Its delicious, handmade bagels are baked in a wood-fired oven. A few blocks away is the Tenement Museum, which contextualizes the immigrant experience through an interactive tour of a preserved 1863 building. The history is illuminating, and since 1988, the museum has sought to recognize and humanize immigrants and migrants, showing how their journeys shaped our country.

The nearby neighborhood of SoHo has some of the best shopping the city has to offer, and New York is not a fashion capital of the world for nothing. With an array of boutiques and upscale shops – from Alexander Wang and Miu Miu outposts to McNally Jackson Books and Supreme – there’s something for everyone. 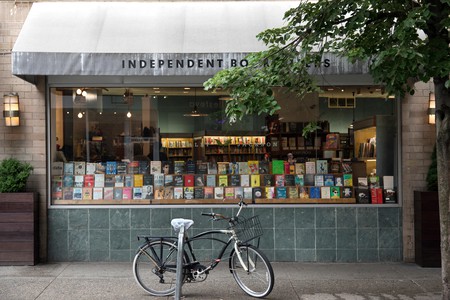 Don’t stop until you drop. Save some energy for dinner at Black Tap, a quality hamburger joint featuring over-the-top milkshakes. Greenwich Village is a short distance by foot, and there is no shortage of live performances to enjoy, from stand-up at the Comedy Cellar to jazz at Blue Note Jazz Club.