How To Spend 3 Days in New York City 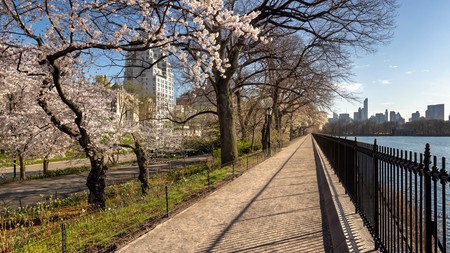 This sprawling metropolis can be overwhelming, but our guide will ensure you make the best of your time in NYC.

New York City has so much to experience that booking a return trip will probably be the last thing you check off of your three-day itinerary. Use this guide to pack in as much art, food, music and history as you can take in in just 72 hours (or fewer, assuming you sleep).

Rise and shine. If you’ve adjusted to the time zone (and the honking cars haven’t kept you up all night), you’re well rested and ready to take a huge bite out of the Big Apple. Let’s begin on the Upper West Side, a pristine, mostly residential neighborhood that might look familiar due to its appearance in dozens of films and television shows. In order to make the most of your time, stop off at Zabar’s on 80th and Broadway to grab a bagel and lox.

Maria Balinska, author of The Bagel: The Surprising History of a Modest Bread, said the distinct, highly sought-after New York bagels first appeared in the late 19th century, the recipe brought to the city by Jewish immigrants. The New York bagel, Balinska said, is distinguished by its “shiny crust with a little bit of hardness to it and a nice glaze” as well as its size: not too big. Zabar’s is a classic Jewish deli that has been a neighborhood institution for more than 80 years and its take-out coffees and sandwiches are the perfect food to grip while hiking through Central Park.

Just a handful of blocks north and several avenues over is the 86th Street Transverse, a road that cuts across Central Park. This route travels along the Jacqueline Kennedy Onassis Reservoir, named for the former First Lady who used her society sway to save many New York landmarks, culminating most notably in a successful campaign to renovate, instead of demolish, Grand Central Terminal. The reservoir has a panoramic view of the surrounding city from which The Eldorado, a grand Art Deco-style apartment building, dominates the skyline. 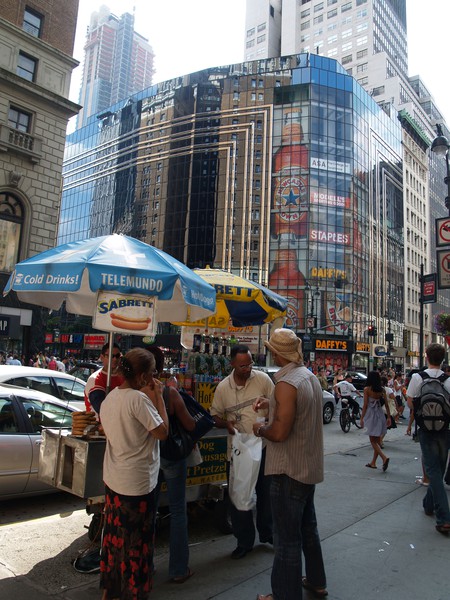 The next step, if done correctly, will take you from am to pm easily. The Transverse pops you out on Museum Mile, the roughly one-mile (1.6km) stretch of Fifth Avenue that comprises an unsurpassed row of cultural institutions spanning from The Met to El Museo del Barrio, with the Guggenheim, the Jewish Museum and Cooper Hewitt Smithsonian Design Museum making appearances in between. Many of these institutions have free days or hours: El Museo del Barrio is free every third Saturday of the month, and seniors get in free on Wednesdays; the Jewish Museum is free on Saturdays; Cooper Hewitt has pay-what-you-wish hours Tuesday evenings from 6pm to 8pm; the National Academy Museum and School is always free; the Guggenheim is pay-what-you-wish every Saturday from 5pm to 8pm; The Met’s payment policy has changed in recent years to be pay-as-you-wish for New York State residents as well as New York, New Jersey and Connecticut students (regular rates now apply to everyone else). 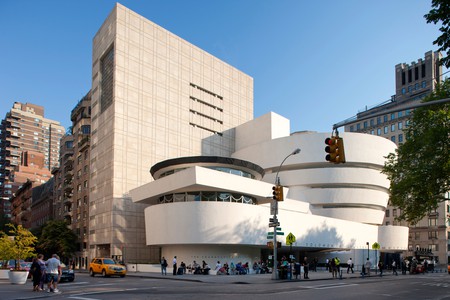 It would be easy to spend an entire afternoon at the Guggenheim alone, but it’s dinner time and Michelin-star Daniel is worth a detour. The classic French restaurant has a rotating seasonal menu, an award-winning wine cellar and madeleines that would make Proust’s mouth water. You’re on vacation, though, so don’t fret about doubling up on dessert. Walk the half-mile to Serendipity 3, the family-friendly ice-cream destination patronized by everyone from Andy Warhol to Beyoncé, and you can treat yourself to a dazzling Frrrozen Hot Chocolate. Ask for whipped cream on the side if you’re trying to stick to a diet.

New York’s contribution to the field of classical music is underrated. From the founding of the preeminent New York Philharmonic orchestra, which helped to establish the city’s reputation in 1854, through to George Gershwin and the Minimalists of the 1960s, NYC has had a storied history that can be engaged with at Carnegie Hall. End your night with a concert at the famed venue two blocks south of Central Park. There are shows almost every evening, and they are generally priced at an affordable $20 per ticket. Not feeling the music? That’s okay. The building itself is a sight to behold as is the nearby landmark Plaza Hotel, easy enough to access on foot. 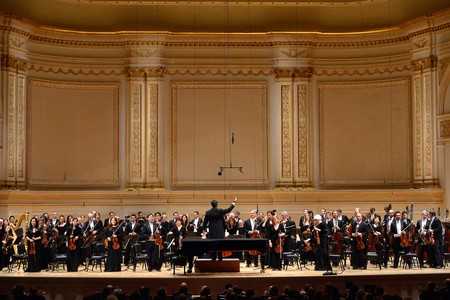 You’ve seen the Upper West Side, so let’s head down to Midtown. Start by having breakfast at one of the neighborhood’s last diners, Westway. Opened in 1988, Jerry Seinfeld and Larry David had the first talks about the show that would eventually be known as Seinfeld here. Try the red, white and blue French toast, which is topped with blueberries, strawberries and banana slices. 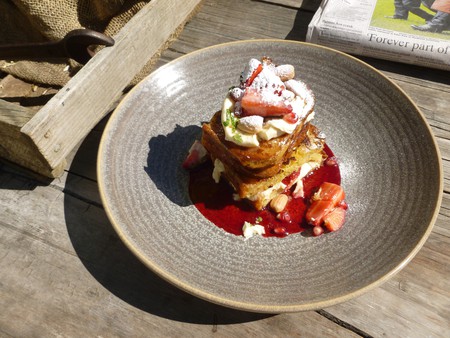 A short walk away is the one-two punch of Bryant Park and the main branch of the New York Public Library. The former destination can be enjoyed in any season: there’s a big patch of green space that makes for an excellent spot to take a load off in the summer, and in the winter, the holiday shops pop up. There are lots of food options that can be easily enjoyed at the tables around the park. The holiday shops include such eats as Arancini Bros, which serves the eponymous authentic Sicilian rice balls; Destination Dumplings, which features pan-fried dumplings with unique flavors such as mac and cheese and mama’s lasagna; and Crepe Café where you can get sweet or savory crepes.

The library is buttressed by two legendary lions that have come to be known as mascots for the columned building. Inside, you don’t need a card to enjoy the high ceilings, marble staircases and grand rooms featuring oil paintings, or the free exhibitions the library mounts. Current and past exhibitions have focused on author JD Salinger and Stonewall at 50. 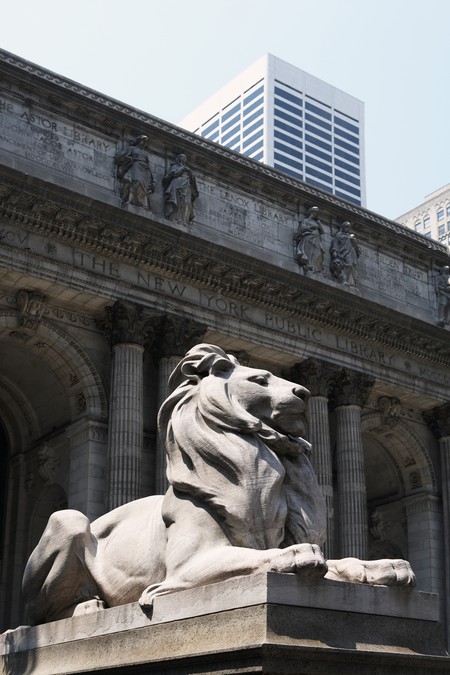 It’s probably 5 o’clock at this point, so it’s appropriate to walk over to Grand Central to dine at its landmark establishment, Grand Central Oyster Bar & Restaurant. With a wide selection of beers on tap and some of the best oysters Rockefeller in the city, this is a great spot to relax and enjoy the stunning vaulted, Guastovino-tiled ceilings.

The terminal is a vast point of connection, so grab a train while you’re there. The subway line 6 will take you to Union Square where you can peruse “18 miles of books” at the legendary Strand Bookstore. It’s open until 10:30pm, so there’s no reason to rush through the stacks. The carts outside are a well-known source for unexpected bargains, and the third floor features rare editions and signed hardcovers. McSorley’s Old Ale House is a stone’s throw away and a nightcap at this bar is a must. Opened sometime in the mid-19th century (its sign claims 1854, though the date has been disputed), McSorley’s is New York’s oldest Irish tavern. Abraham Lincoln had a drink here. So did Hunter S Thompson, Woody Guthrie and poet EE Cummings, who composed an ode to the watering hole. The menu consists solely of light or dark ale, and the sawdust-lined floor is a memorable vestige of its historical past. 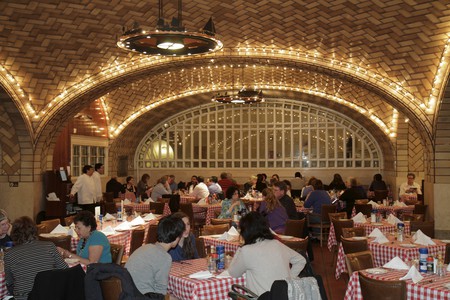 Start by having the most important meal of the day at Russ & Daughters Cafe. Although the Lower East Side location is not the original (it was opened in 2014 to commemorate the 100th anniversary of the famous store), it is a sit-down space with a breakfast menu that focuses on the ingredients that made R&D a destination. Mainly, that means fish. A caviar omelette is not out of the question, but if you prefer a sweet breakfast, try the blintzes, a Jewish dish, similar to a crêpe, filled with fruit and sour cream. 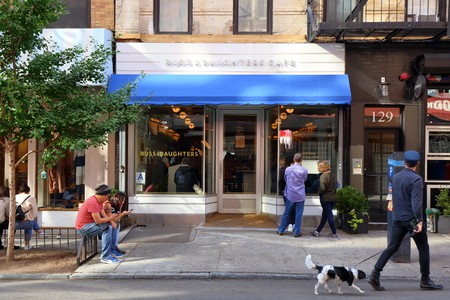 The Russ & Daughters Cafe on the Lower East Side was opened in 2014 to commemorate the 100th anniversary of the famous shop on Bowery | © Robert K. Chin - Storefronts / Alamy Stock Photo

A few blocks away is the Tenement Museum, which contextualizes the immigrant experience through an interactive tour of a preserved 1863 building. Using period-era photos, the curators of the exhibit ‘Under One Roof’ (UOR) recreated apartment furnishings to appear as they did in the 1950s and 1970s. UOR tells the stories of Jewish holocaust survivors, Puerto Rican migrants and Chinese immigrants to highlight the diversity of those seeking a new life in the United States. The history is illuminating, and since 1988 the museum has sought to recognize and humanize immigrants and migrants and show how their journey shaped the US. Tickets regularly sell out, so the museum’s site recommends purchasing in advance.

The nearby neighborhood of SoHo boasts some of the best shopping the city has to offer, and New York is not a fashion capital of the world for nothing. The boutiques and upscale shops – from Alexander Wang and Miu Miu outposts, to the McNally Jackson bookstore and Supreme – offer a varied range of affordable and luxury items. 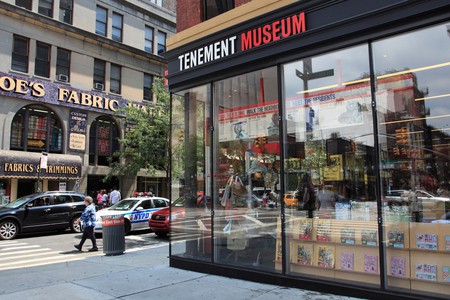 Don’t shop till you drop. Save some energy for dinner at Black Tap, a quality hamburger joint featuring over-the-top milkshakes. Customers line up around the block to order these $15 behemoths. There are four concoctions to choose from (Sweet N’ Salty, Cotton Candy, The Cookie Shake and Sour Power), and each concoction is loaded with toppings. For example, the Cotton Candy variety is described as a strawberry shake with a vanilla-frosted rim, blue, pink and pearl chocolates, topped with a pink lollipop, rock candy, whipped cream and cotton candy. Yum.

Greenwich Village is a short distance by foot and there is no shortage of live performances to enjoy, from standup at the Comedy Cellar to jazz at Blue Note. Although CC has a two drink minimum along with a cover, there are at least six or seven showcases each night featuring up-and-coming and established comedians. The line-up has included, among others, Judah Friedlander of 30 Rock, Todd Barry, Dave Attell, Michelle Wolf and Nikki Glaser. Plus, it’s anybody’s guess when a true titan like Jerry Seinfeld or Dave Chapelle might stop by without notice. Blue Note, founded in 1981, is an institution of world renown. Each night, there are at least two shows, one at 8pm and one at 10:30pm, while some nights also include 12:30am slots as well. Like the improvisatory nature of jazz, anything can happen at Blue Note, including sit-ins from famous musicians such as Stevie Wonder and Quincy Jones.